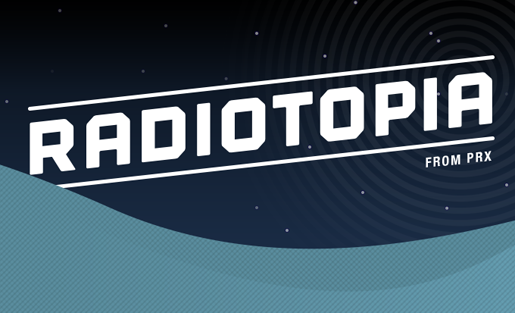 Radiotopia from PRX is a collective of top storytelling shows and producers.

PRX has released Radiotopia, a collective of amazing storytelling shows and producers. Our ambition is to bring great stories to listeners, grow audience, and help shows shorten the ramp to sustainability.

"Is it enough for listeners to love your content? Yes -- but only if we channel that love into financial support so creators can keep creating."

In the spirit of storytelling, we take our inspiration from Max the dog, the poet, the dreamer. In “Max Makes A Million,” the children’s book by Maira Kalman, Max wants to be a poet and live in Paris. He and his artful friends want to “make it.” Through his journey, Max attributes his success to two things — roots and wings.

In conceiving and assembling PRX’s Radiotopia, PRX is creating a platform for talent — the “roots,” as Max would say. Ten years ago, we built an open digital platform for independent producers to make their audio works available for public radio stations to find, preview and license. Our hypothesis: Make it easy and affordable and stations would be incentivized to experiment with a wider range of radio voices and styles.
This has worked, and bringing new creative content to audiences is commonplace now. Licensing of independent work on PRX has steadily risen to more than 115,000 individual pieces. Listeners have demonstrated their love and dedication to well-produced stories through social media, donations and even parody.

Is it enough for listeners to love your content? Yes — but only if we channel that love into financial support so creators can keep creating. We saw this affection turn into dollars with two successful Kickstarter campaigns by 99% Invisible, a successful podcast that hit the big leagues when Roman Mars gave people a way to show their enthusiasm for his work. By more than doubling his goal, Roman was able to hire staff and increase his production. He even planted the seeds for Radiotopia in a way that let us gauge support in advance. Win-win-win.

Changing the Recipe for Success

Definitions of success and reach are defined and measured in new ways — in downloads and subscribers. The magic wand of discoverability is wielded by many forces — some unintended like the viral popularity of Two Little Girls and the Worst Haircut Ever. Local stations, although important, are no longer the exclusive pathway to a significant audience, and for many emerging producers, their choices are driven by a simple return on investment of time and money. Producing an hour-long, broadcast-quality show is expensive. Really expensive. So more and more producers are testing the waters with shorter-form, digital-first works. And sometimes, they like the waters enough to stay there, even when they get on broadcast as well.

The landscape shift is real. Stations still have the biggest audience reach, but digital is becoming another valid option we see as additive. Some stations have been thrilled to have popular podcasts made broadcast-friendly like WTF with Marc Maron and Here’s the Thing with Alec Baldwin from WNYC.

We want new listeners. The revenue model for high-quality, non-news spoken word is still heavily weighted toward broadcast licensing, advertising, and donations. All of these rely on audience, wherever they are. Digital listening is on the rise. According to a recent Edison Research Study on the Podcast Consumer, awareness of Podcasting has grown 105 percent since 2006. Also, the groups who consume podcasts the most skew younger — and by definition, they are the future.

We don’t see the revenue types changing significantly (yet) but perhaps we can approach the problem differently. How do we create for less money and collaboratively raise more? Here’s how PRX and Radiotopia hope to answer that question: Build digital-first, grow audience through cross promotion and PRX’s distribution channels, and then aim toward broadcast, not the other way around. Immediately this gives us “wings” to experiment with new voices, new sounds, new formats, and even new (usually shorter) lengths.

We are not the first to create a podcast network, nor will be we the last — networks were born out of the need to economize distribution, promotion and revenue generation. There are a number of successful podcast networks that are growing, including Maximum Fun, Mule Radio and Earwolf.

We are all trying to cut through the noise. PRX has been a content broker between independent producers and stations for a long time. We have seen the limits of the current business model. We want to build a collective that has “wings.” Radiotopia itself will be a fundraising vehicle where participants are incentivized to think collectively. If we wanted to simply aggregate sponsorship sales, we would have done it already and perhaps chosen shows that are more established. Our experiment is in growth and sustainability of talented entrepreneurs. We will look to design better donation flows. We will marshal the distribution reach of PRX through stations, mobile devices, and online. We will look for creative partnerships inside and outside of public media that complement and grow our shows.

We are building a narrative of Radiotopia itself. We want to be bold when we talk about our shows being the best on the planet. We want to grow an audience for every show in every way we can. We will combine marketing, promotion, editorial guidance, coordinated schedules and fundraising to lift all boats. Our pledge is to produce everything well — the shows, the credits and yes, the ad spots. We still have a lot to learn, but like Max, we can dream while we deepen our roots and expand our wings.

Kerri Hoffman @kerriprx is the Director of Finance and Operations for PRX, an award-winning nonprofit whose mission is to harness technology to bring significant stories to millions of people.