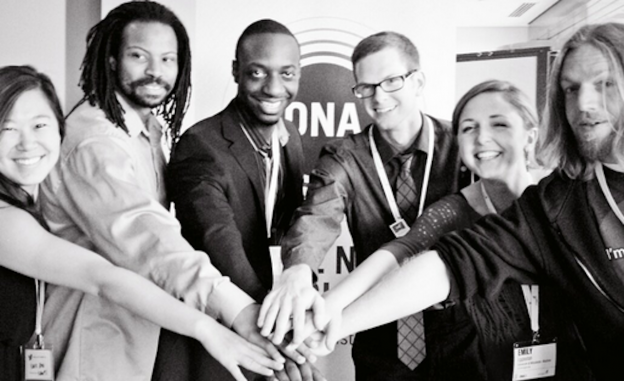 As a new master’s student at University of Wisconsin-Madison two years ago, I was immediately drawn to data journalism. I saw it as an area of significant growth but also untapped potential, from neighborhood to national. I wanted to explore data journalism as it could be executed in Madison and Wisconsin and winning the AP-Google Journalism and Technology Scholarship gave me the reason and the resources to do it.

With the upcoming, and final, round of AP-Google scholarships, undergraduate and graduate students have the opportunity to do the same, explore and contribute to an emerging area of journalism. For anyone considering applying, my advice to you is to think about where you see untapped potential in reporting and think of a project to explore it. Not only will you have the chance to do something new — and put a capstone on your portfolio — you will also have a powerful learning and networking opportunity.

Students, please take advantage of the fact that you’ve humbly committed yourself to acquiring knowledge and ask the world to teach you. They will.

Take advantage of being a student

When I dreamed up my data-focused AP-Google project, it was to build momentum for data journalism in Wisconsin by curating a website of state government datasets. As I worked on the project, I realized that I needed to be an expert in three areas: government information mining, data sharing, and website development. I didn’t really know how to do any of those things at the beginning of the project, so I sought out people who did. I looked inside and outside of the journalism school and found people both on campus and in the Madison community with sharp skills in all three of those areas — people who get paid to scrape data and build websites.

At first, I was hesitant to ask them for their advice and time, thinking they might have better things to do with both. However, and students please take note, two things helped get these professionals’ attention and convince them to assist me.

One, I was an AP-Google Scholar. I was publicly and prominently trying something new to push traditional and digital journalism closer together. They thought that was cool. Two, I was a student. When your primary occupation is learning, people get excited to teach and help you. Students, please take advantage of the fact that you’ve humbly committed yourself to acquiring knowledge and ask the world to teach you. They will.

Another benefit of winning an AP-Google Journalism and Technology Scholarship is connecting with the Online News Association (ONA). Attending the annual ONA conference was one of my most valuable J-school experiences. I was surrounded by the brightest people in journalism and had a reason to introduce myself.

Students can find networking scary. But imagine yourself at a conference where your face and story are printed on a pamphlet and handed out to conference attendees. It is a networking dream come true. Besides the opportunity to meet people, the ONA conference gave me important context for understanding the journalism world. The sessions and the people who led them showed me what editors and reporters wanted to learn about and who they wanted to teach them.

One more reason to apply

My other favorite part being an AP-Google Scholar was meeting the other scholars. The scholars are students from around the country who got inspired by an idea and took the initiative to actualize it. You can learn more about my cohort, the 2012-2013 Scholars, and the 2013-2014 Scholars. In my group, the project ideas were all different. Our projects included creating embeddable tools for journalists, embracing gaming for news sharing, and visualizing acceptance speeches at the Academy Awards.

Are you a techie student who loves journalism? Apply for the AP-Google Scholarship. http://t.co/JX46djx2EJ #APGooglescholar

If you are an undergraduate or graduate student and want to work on an idea that combines journalism and technology, the AP-Google scholarship is a great catalyst. Yes, you win some money. But you win something else — a reason to connect to the people that can help make your idea happen. The deadline is February 21, 2014. Take a chance on yourself and your idea. Apply today.

Emily Eggleston is a freelance journalist specializing in science, environment, food and multimedia stories. She was one of six national 2012-2013 AP-Google Journalism and Technology Scholarship winners. Emily graduated from the University of Wisconsin-Madison in May 2013 with a Master of Arts in journalism and a Master of Science in geography. View her journalism portfolio at emilyeggleston.com