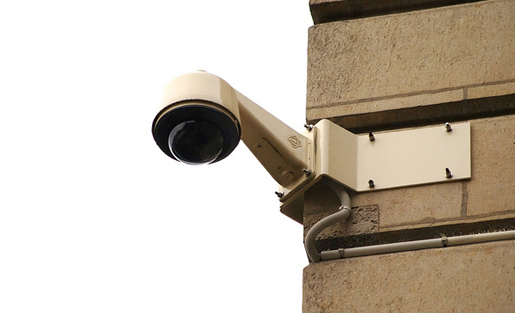 Image by zigazou76 on Flickr and used here under Creative Commons.

On Dec. 9, eight of the world’s leading technology companies set aside their rivalries to issue a direct challenge to U.S. lawmakers: Lead the world by example and fix America’s broken surveillance state. Although the tech companies’ statement sends a powerful message, notably absent from the letter’s signatories is the appearance of a single telecommunications company, or telco.

In the open letter published on the Internet and in full-page ads in the New York Times, the Washington Post and elsewhere, tech giants Apple, Google, Facebook, Twitter, Yahoo, Microsoft, AOL and LinkedIn charged that governments have gone beyond what is necessary to protect their citizens, characterizing current surveillance paradigms as profoundly flawed. “The balance in many countries has tipped too far in favor of the state and away from the rights of the individual — rights that are enshrined in our Constitution,” the letter reads. “This undermines the freedoms we all cherish. It’s time for a change.”

"Telcos are beginning to find themselves in direct competition with technology companies — and even individual app-makers — whose operations are arguably more flexible in the face of market and technological change."

Stressing the “urgent need” for worldwide reform, the letter calls upon President Barack Obama and Congress “to take the lead and make reforms that ensure that government surveillance efforts are clearly restricted by law, proportionate to the risks, transparent, and subject to independent oversight.”

It is a heartening development in a grim story that seemed to be descending into farce. Recent revelations include all of the following: a surveillance program targeting online fantasy role-playing games — leading to what is no doubt the first use of the phrase, “an elf might be an agent,” on the front page of a major newspaper; efforts to catalog the pornography-surfing habits of individuals with unpopular views for later exploitation; and repeated attempts to thwart Tor, the anti-censorship tool beloved by the U.S. State Department, through a program codenamed, “EgotisticalGiraffe.” A previous disclosure indicated that the National Security Agency specifically targeted the news organization Al-Jazeera for attack. And in addition to these official programs, NSA analysts also are reported to have engaged in misconduct that includes the unlawful surveillance of personal love interests.

Because of these and other abuses, the tech companies have put forth a strong set of proposed principles that call for the complete end to bulk collection of Internet data by spy agencies, significant improvements in transparency around surveillance practices, and — in a message seemingly intended for Europe and Brazil — a warning to countries not to mandate local control of Internet infrastructure, which could fracture the Internet into an unrecognizable “Splinternet” of disparate, disconnected, local networks.

In short, whether driven by economic self-interest, civic virtue or both, these tech companies have taken a courageous step in the right direction. They should be commended for it. For its part, civil society must ensure that they follow through.

But what of the telcos? On the one hand, their reticence should not be surprising: Historically, many providers of communications infrastructure were state-owned, a good number still are, and those that are not are still subject to significant government regulation. Additionally, telcos have a long history of assisting security services — whether by coercion for money, or for other reasons.

Given this close relationship between the telcos and nation-states, and the great expense of infrastructures that put practical limits on competition, telcos have often enjoyed some insulation from accountability. But the future promises to be a different world. Telcos are beginning to find themselves in direct competition with technology companies — and even individual app-makers — whose operations are arguably more flexible in the face of market and technological change. Additionally, the newer companies are not burdened by the kind of baggage that comes with decades of cooperation with spy agencies. In this sense, tech companies have an advantage: As communications systems become even more decentralized, further supplanting the role of large communications providers, user privacy may play a key factor in what services consumers choose to employ.

“People won’t use technology they don’t trust,” says Brad Smith, Microsoft’s general counsel, in a statement accompanying the tech companies’ letter to U.S. lawmakers. “Governments have put this trust at risk, and governments need to help restore it.”

Some of the largest tech companies in the world are now using their reputations and resources to make up for this trust deficit, and to correct the balance between freedom and security. Telcos should, too — through increased participation in the Global Network Initiative (GNI), a voluntary, multi-stakeholder technology and human rights coalition that includes such members as Facebook, Google, Microsoft and Yahoo; observer company LinkedIn, and others. Additionally, the telcos should follow the example set by the letter by taking positive steps of their own accord. A number of telcos have shown a willingness to do so through engagement in a separate Telecommunications Industry Dialogue on Freedom of Expression and Privacy that formed in 2011, and dialogue participants committed to a two-year collaboration with the GNI earlier this year. However, many of the biggest telcos have thus far declined to join the Dialogue, which features only one American company, and at present no telco is a member of the GNI.

As GNI Executive Director Susan Morgan said in connection with a transparency report GNI published earlier this summer, “It’s time for telecommunications companies to demonstrate their commitments to the rights of their users wherever they operate.”

The alternative may well be a dropped connection to their customers.