Where Did the Chicago News Cooperative Go Wrong? Not Putting Business First 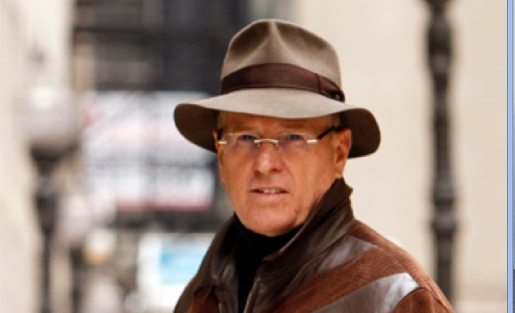 Nearly two years after he folded the Chicago News Cooperative, co-founder James O’Shea has had time to reflect on his short-lived stint as a news entrepreneur.

O’Shea launched the political news startup in late 2009, hiring a number of his former colleagues at the Chicago Tribune, where he previously served as managing editor. But the CNC shut down operations in February 2012, citing delays in obtaining 501(c)(3) approval from the IRS and the collapse of a content partnership with The New York Times.

"Journalists have to begin taking some responsibility for the revenue side of things that pays their salaries … and that involves trying things, and maybe trying things that you might even be a little uncomfortable with." -James O'Shea

Both were significant factors in the CNC’s demise, but O’Shea (also a former editor-in-chief of the Los Angeles Times) admits that he should have invested more in the CNC’s business operations from the beginning. As he told me in an interview for my book last year, “I spent too much money covering the news.”

Recently, I caught up with O’Shea in New York, where he shared lessons learned from the CNC experience during the Single-Subject News Conference hosted by the Tow Center for Digital Journalism at Columbia University. Here’s a condensed version of our conversation:

Batsell: One thing I heard you say at today’s panel was that you felt like you launched too fast, in the sense that you didn’t have enough runway to invest from the get-go in some of the business functions that could have led to a longer future.

O’Shea: I had my first conversations with The New York Times maybe in July or August of 2009, and by November of 2009 I was producing two pages twice a week — and it’s all enterprise journalism, so it’s a lot more time-consuming and more expensive. And so I felt that if I would have had two to three years’ money in the bank, where I wouldn’t have been under such pressure to raise money … because I felt like I was on a treadmill. I was raising enough money, and the money was coming in and going out just as quickly, and I felt like, ‘OK, if I would have had two or three years [of expenses covered], I would have had a little breathing room, and I would have had more time to go out and raise additional funds … so I could make some investments.’ And that was the important thing, it was not money to spend, it was money to invest.

If you were launching a brand-new venture now, how much weight do you think should be given to the business side as opposed to the journalism side, from the get-go?

O’Shea: Definitely more than I gave it. I think that was one of my mistakes, was to not invest in business management — somebody who could actually write a business plan. I can write a business plan, but probably not a good one, because I’m not experienced in that. You needed someone that could write a business plan, you needed someone who had some ideas about marketing and not just had the ideas, but who knew the people … I think if we would have had our own ad person who knew the market, we could have sold some ads and we would’ve had additional advertising revenue. Because we were hitting a demographic that was attractive to advertisers.

When I got going, we really didn’t have much of an investment in the business side. Just roughly off the top of my head, I’d say you’ve got to put about 20 to 25 percent of your money into marketing and business development ideas, and get the kind of people who can really help you there.

Do you think today’s journalists need to better understand and support the revenue side of journalism? How has your thinking evolved on that?

O’Shea: I was a person who vehemently opposed front-page ads in the Los Angeles Times. I still actually don’t think I was wrong with that, I think I was right. But I think journalists have to begin taking some responsibility for the revenue side of things that pays their salaries … And that involves, you know, trying things, and maybe trying things that you might even be a little uncomfortable with, but get in there and make it right, make sure that it’s done right.

We’ve come to a point in journalism where the business side and the editorial side are much more one than they used to be, and journalists have kind of got to get with it and understand that, and begin practicing that and exercising their judgment in a way that really makes sure that if it’s going to be done, it’s done right and it’s done under sound journalistic principles.