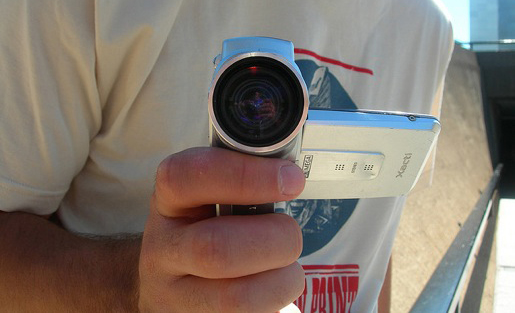 As an early adopter of convergence, award-winning journalist Sam Meddis made the leap to the web as USA Today’s online technology editor in the ’90s. And when USA Today wanted to ramp up its content with video coverage, he jumped at the chance to lead the team.

Meddis, who now teaches at American University in Washington, “had a front-row seat to the whole development of the news industry on the Internet,” he told IJNet.

"You get a real sense of the culture and the people themselves. I see the Internet as a kind of global antidote to ignorance." -Sam Meddis

After hearing Meddis speak at a Docs in Progress event on transitioning from print journalism to online video, IJNet followed up with him to pick his brain on the importance of video storytelling, whether video belongs behind a pay wall and why reporters should start capturing video now.

IJNet: What sparked your interest in video?

Sam Meddis: I saw as the next frontier for journalism, to not only be able to tell stories through text but when appropriate also include video there to give people that extra dimension in understanding what the story was about. The Internet is a highly visual medium, and it’s not enough to just put text stories online and then figure that we’re informing people about what’s going on.

From a news perspective and from a global perspective, I think video is a really important asset that we should take advantage of. Video can be very emotionally compelling, especially when you’re dealing with international stories. [Video] can provide more context and see what’s going on in a country you may never have visited. You get a real sense of the culture and the people themselves. I see the Internet as a kind of global antidote to ignorance.

IJNet: What are the differences in storytelling techniques between print and visual media?

SM: In a text story you still want to describe things visually, but I think what you’re doing with a video story is concentrating more on what people will see and not describing it. You don’t have to describe what people are going to see — I think that’s a big mistake. It’s a different way of describing the visual element, but it is important if you’re writing a script that you’re not repeating what people are seeing.

Print reporters are really good storytellers, and the storytelling is the thing that’s important. The technology — like how to use a videocamera and microphone — those things can be taught pretty quickly and easily. It’s really: Are you a good storyteller.

IJNet: How does video fit behind a pay wall?

IJNet: If a print journalist wants to segue to visual storytelling, where should they start?

SM: If someone wants to be able to do video and they’re a reporter right now and either doesn’t have the financial resources or ability to make the time commitment for formal education, there are a lot of tools online that will allow you to learn how to do video.

Explore a lot of the stories being told visually online and get a better understanding of the value of using video in online storytelling. There’s a lot of opportunity for news organizations to do more with video, so just pay more attention to it.

You can do video stories with your smartphone. You don’t have to go out and buy a video camera to do it and try telling some stories visually. It’s an opportunity to expand the toolbox that you have for telling stories, so why wouldn’t you want to use that extra tool in your toolbox?

CAPTURING NEWS: Video journalism in a digital world from Sam Meddis on Vimeo.

In the video above, experts in the video journalism field discuss how the visual medium is disrupting and benefiting the news industry. You can see Meddis’ collection of resources on producing video here.