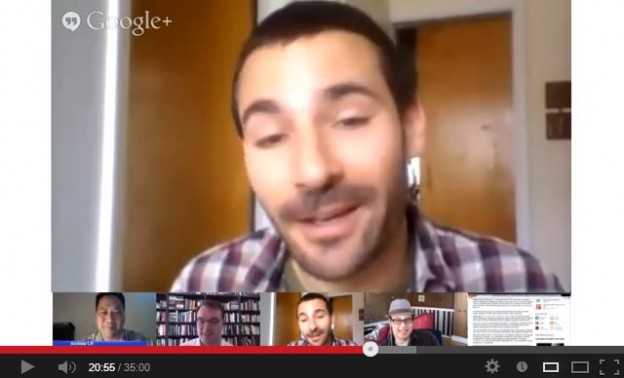 Forbes's Jeff Bercovici on this week's Mediatwits said The Washington Post will need its national audience, focused on digital, to make the pay wall work.

Washington Post joined the 450 other daily U.S. newspapers with pay walls this week and also now offers “Sponsored Views” below its editorials. We’ll talk to Forbes media columnist Jeff Bercovici about the advantages and disadvantages of pay walls at the Post and beyond. We’ll also talk to CNET’s Declan McCullagh on new developments in the ongoing controversy surrounding NSA collection of private data from Internet companies. Finally, the digital music industry is changing as Apple hopes its new iTunes Radio will compete with Pandora, which also hopes its new terrestrial radio station will help lower royalty rates. MediaShift’s Mark Glaser will host, along with regular Andrew Lih of USC Annenberg and American University.

Jeff Bercovici is staff writer for Forbes, where he covers media, technology and the intersection of the two. He has covered media and entertainment over the past decade for a variety of publications, most recently AOL Daily Finance. Before that, he wrote the Mixed Media blog for Portfolio.com, the website of Condé Nast’s Portfolio magazine. Earlier, he was a reporter for Radar, where he also wrote about pop culture and politics, and Women’s Wear Daily, where he co-edited the daily “Memo Pad” column. He has written for publications including GQ, Details, Playboy, Glamour, The New York Times and the New York Observer. You can follow him on Twitter @jeffbercovici.

Declan McCullagh is the chief political correspondent for CNET, part of CBS Corporation. Previously he was a senior correspondent for CBS News’ website, and was for four years the Wired bureau chief in Washington, D.C., where he spent over a decade before moving to the San Francisco Bay Area. An award-winning journalist, McCullagh writes and speaks frequently about technology, law, and politics. Follow him on Twitter @declanm.

The Washington Post’s paywall launched June 12. Twenty articles are free to non-subscribers. But plenty will remain free. Viewers won’t be charged for looking at the homepage or section pages, at video content or at classified advertising. Plus, links from search or social media won’t count toward non-subscribers’ 20-article limit. Print subscriptions come bundled with unlimited digital access, and the most expensive unlimited digital access package is $15 a month. In addition, The Post will also begin to sell advertising space in the comments sections below articles of advertisers’ choosing. But those sponsored views may not be welcomed by readers, who show a disdain for advertising disguised as content.

Will The Post’s new plan make money? Should it be changed, or how? Will it change reading habits?

Edward Snowden, a Booz Allen Hamilton contractor for the CIA, revealed himself as the source of leaks to The Guardian and The Washington Post of NSA’s classified PRISM program, which collects American citizens’ private records from major Internet companies.  Snowden used encrypted software to speak with reporters and leak evidence of the program. A petition to the White House to pardon Snowden has accrued almost 70,000 signatures as of June 13. The high school and college dropout gave up his cushy contracting job in Hawaii and has fled to Hong Kong. Google has asked for more transparency on PRISM in hopes of disproving claims that the NSA had “unfettered access” to their servers. Facebook has made the same request.

Was Snowden right to release the information? How does this realization, as well as new questions about the extent of the access, change the discussion of NSA surveillance?

Apple hopes to reestablish itself as the leader in the digital music market with the introduction of iTunes Radio. In direct competition with Pandora (who, in related news, recently bought a terrestrial radio station in order to get cheaper royalties), iTunes Radio will host curated radio stations as well as the option to find more songs by a particular artist. iTunes held about 63 percent of the digital music market in April, but Pandora’s Genome Project, Spotify’s free on-demand service and Rdio’s impeccable user interface give iTunes a run for its money. Apple stands to do well if enough people, especially those already using iCloud music storage service iTunes Match, join.

Can Apple take on Pandora, Rdio, Spotify with huge installed base, or will it face an uphill struggle against free, streamed music?