How to Organize A Successful Hackathon 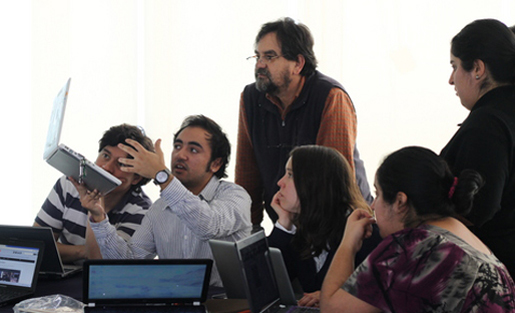 As Simon Sinek says in “Start with Why,” great leaders inspire action because what motivates them is the meaning of a situation, not what to do or how to do it. Sinek’s TED Talk is a must-see.

Sinek explains how the Wright brothers, young farmers who never finished high school, became the first to build a machine that could fly, although their main rival for that claim had financial support from the U.S. War Department and was beloved by The New York Times. Why did the Wright brothers succeed? They possessed the deepest certainty that if they could make an aircraft that could leave the ground and fly through the air, the world would be changed forever.

The lesson: If hackathon attendees don’t understand why they are there, it will be tough for them to stay emotionally and rationally connected to the objective.

Here are a few other things to keep in mind when organizing a hackathon:

Build a community from the ground up

In our experience with Poderomedia, Hackathons and Hacks/Hackers Chile, holding a hackathon without also coming together for meetups, lectures, brainstorming, and so on is tricky.

Meetings like this let you know who you are dealing with before you decide to hold a hackathon. Starting at the beginning and building community from the ground up may take longer, but qualitatively the result is greater, especially when you seek to promote an innovation ecosystem that will disrupt media in the long term. Anyone can run 100 meters. It’s the marathons that matter.

Setting up a hackathon is like designing a game. You must establish a concrete mission and clear rules. Here are some examples from recent hackathons:

Just as a stool needs three legs for stability, a hackathon needs three people: a journalist, a programmer, a designer or front-end developer. If you have a journalist, you have someone who asks questions in the public interest and seeks data for the programmer and designer. By having a programmer, you make sure you build or reuse the technology in the end. If you can have a designer or front-end developer in the group, he or she makes sure the project has a decent interface and stays focused on usability.

Just like sex, before, during and after are equally important

Tools like Hackdash.org (born at a hackathon) help attendees believe in the project and track it once the event concludes.

Having allies willing to use, finance and publicize the best products arising from the hackathon also encourages participants to complete their projects beyond the test phase trial. This also helps community members take the hackathon seriously and not just see it as a sandbox for adults.

How to host a HackJam (Mozilla Webmaker)

Open Data Hackathon: How To Guide

Random Hacks of Kindness Toolkit to organize a hackathon

How to organize a Hackathon (Peter Morano)

Miguel Paz is a Chilean journalist and founder of @Poderomedia foundation and @Poderopedia; Knight News Challenge and @StartupChile winner [email protected]; former deputy director @elmostrador and eternal muckraker. His work has been published in two books about the best Chilean investigative journalism.

The post originally appeared on the The International Journalists’ Network’s site, IJNet.org. IJNet helps professional, citizen and aspiring journalists find training, improve their skills and make connections. IJNet
is produced by the International Center for Journalists in seven languages — Arabic, Chinese, English, Persian, Portuguese, Russian and Spanish — with a global team of professional editors. Subscribe to IJNet’s free, weekly newsletter. You can also follow IJNet on Twitter or like IJNet on Facebook.