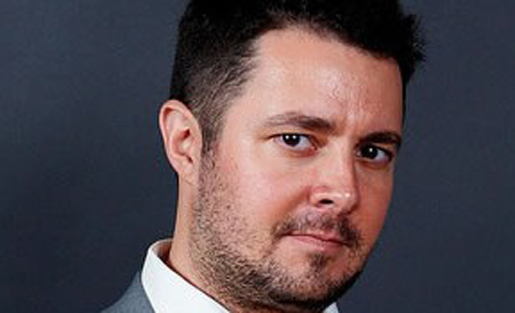 Mobile news app Circa is hoping to push further into the breaking news space, announcing today that the startup behind the app has hired Anthony De Rosa, former social media editor at Reuters, to become its editor-in-chief.

Circa collects the “atomic units” of stories — facts, quotes and images — and puts them into running stories with alerts to updates. The startup was co-founded by Cheezburger CEO Ben Huh and his partner, Matt Galligan, and is under the editorial leadership of David Cohn, who was the founder and director of Spot.Us, a non-profit that pioneered “community-funded reporting.” Cohn has written about both Spot.Us and Circa here on Idea Lab.

“As the head of editorial I’m very excited to have Anthony come on board,” Cohn said in an email. “I know he will bring a lot to the table and will help Circa push forward in the ‘breaking news’ space which, combined with our ‘follow feature’ really puts us in a unique position to serve a readers’ needs.”

De Rosa is owner of tumblog SoupSoup and co-founder of hyperlocal blogging tool Neighborhoodr. At Reuters, he trained staff to make use of live blogs and social media to produce a constant river of breaking news. In an article in 2011, The New York Times’ Paul Boutin dubbed De Rosa the “undisputed King of Tumblr.”

“There’s a huge opportunity to present news in a way that’s made for mobile. Nobody is thinking about this more than Circa and I’m thrilled to help move that mission forward,” De Rosa said in a statement announcing his new position.