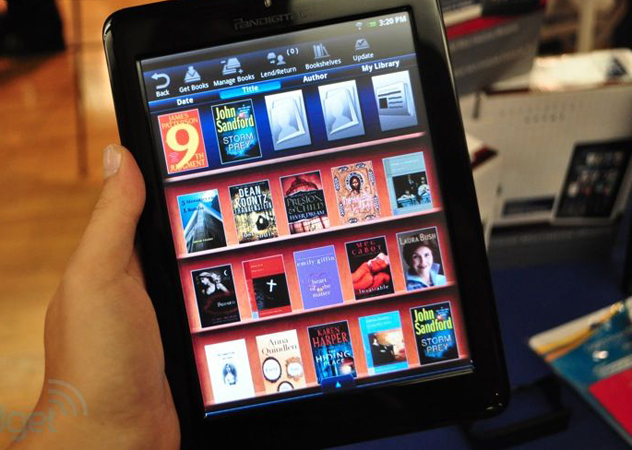 Photo by "Pierre Lecourt on Flickr":http://www.flickr.com/photos/[email protected]/4757010305/in/photostream/ and used with Creative Commons license.

The Toronto Star is testing the e-book market with a dedicated subscription model. Launched in November 2012, Star Dispatches is the brainchild of the Toronto Star’s marketing department. The Star already has more than 20 titles of long-form journalism to choose from — ranging from investigations, in-depth health reporting, special reports on events and more. It’s labeled as “a new perspective on a news story.” E-books are produced every week for subscribers at the price of $1 each, while competing newspapers are watching to see if the model proves to be successful.

Sandy MacLeod, vice president of consumer marketing at the Toronto Star, said their market research showed it took an “incredible amount of marketing” to produce single-copy e-books that generally sold 100 to 300 downloads at $4.99 each. The math just didn’t work out to make a viable business case, he said.

The Star already has more than 20 titles of long-form journalism to choose from -- ranging from investigations, in-depth health reporting, special reports on events and more."

“So we had the thought that, what if we turned this model around a little bit and turned it into a subscription model?”

Subscribers are charged $4.33 plus taxes monthly and receive an email each week with a link to download the newest e-book. A subscription currently includes unlimited access to the Star Dispatches backlist of titles for no extra charge, but in the future those e-books will likely cost subscribers $1 each. Non-subscribers can purchase Star Dispatches e-books for $2.99 each.

Any reporter in the Toronto Star’s newsroom can pitch to pen an e-book. While it has been mostly feature writers who have had books produced so far, there are titles coming from all genres soon, said Alison Uncles, editorial director for Star Dispatches. Reporters can work on the e-book while also managing their regular duties, but in some cases, up to three weeks of their schedules have been cleared for working exclusively on the e-book.

Uncles said that although e-books are time- and labor-intensive for reporters, they are worth the investment because reporters are still generating new articles or excerpts that can be published online and in print.

All the production and editing, which is tackled by different editors, is done in-house. The titles are available on the Star Store, iTunes, and will soon be available through the Apple newsstand as well. MacLeod said the e-books will eventually be made available on Kobo and Amazon to expand their global reach. But MacLeod’s preference is to attract new subscribers directly through StarDispatches.com and avoid the 10 to 30 percent cut from sales on external retailer sites.

“I’m actually taking a charge against this business model to pay for it, even though those journalists are on staff,” MacLeod said.

title=”Screenshot of the Globe and Mail e-books” />

In the case of the first title, “ORNGE: The Star investigation that broke the story,” for example, the program didn’t get charged for the time it took the journalist to take notes and write articles during the two years of the investigation. However, Star Dispatches was billed for the time it took to write the e-book from that material and convert the material into e-book formats.

The Globe and Mail employs a similar model, where there isn’t a dedicated e-book editorial and marketing budget, but there are operational costs to every piece of journalism that is produced, said Craig Saila, director of digital products. Budgets are allocated for the production, editing, assembly, writing and distribution of The Globe and Mail e-books.

“Most of the marketing that we’ve done to date has been to existing Toronto Star readers and users,” said MacLeod, adding that approximately 50,000 people, who receive the newspaper’s daily headlines email, get the advertisements.

That’s in addition to video promotions and ads on The Star website — which attracts 10 million unique visits a month — and excerpts and promotions that appear in print.

“In our case we’re working most the time with a company called Booktango to help us assemble that and make sure we get premium placement within the various e-book stores, be it Amazon or Kobo or the like,” he said.

The Globe also advertises e-books online, in print and in an email blast sent to subscribers whenever a new one is available. Advertising for e-books comes out of The Globe’s overall marketing budget.

“There is a cost incurred for the business at large,” Saila said. “By promoting e-books we’re not promoting something else. That’s where the real cost is.”

At Hazlitt, which is Random House Canada’s platform for digital publishing initiatives, the approach to promoting an e-book is the same as promoting a print book.

In some cases, an advertising budget is set aside specifically for the e-book, said Editor in Chief Christopher Frey. Hazlitt has been publishing non-fiction e-books, known as Hazlitt originals, for the past six months.

MacLeod and Uncles declined to reveal how many people have signed up for Star Dispatches, but they said 100 new subscribers joined the program in one given day in February, and the retention rate is over 90 percent currently. The conversion rate of people who sign up after the two free trial e-books is 20 percent, which is higher than expected, MacLeod said.

“The challenge we’re having, and I’m comfortable in saying this, is this is a new thing,” he said. “People are not necessarily catching on quickly to what it is.”

That’s a sentiment shared across the industry.

“The market still kind of needs to be developed,” Frey said. “Readers need to be educated that these (e-books) exist and even, for example, how they consume them and where they find them.”

MacLeod is hoping at least 10,000 readers find their way to Star Dispatches and sign onto the subscription by this summer.

“We’re pleased with where we are, and at this point we’re very optimistic that we’ll be still publishing these things in the fall,” MacLeod said. “If we reach our target, this is a very attractive business model.”

A Part Two to this story further examines different ways Canadian newspapers are thinking about content strategy for e-books.