How I Created the Ultimate Tweet with Text, Pictures and an Audio Report 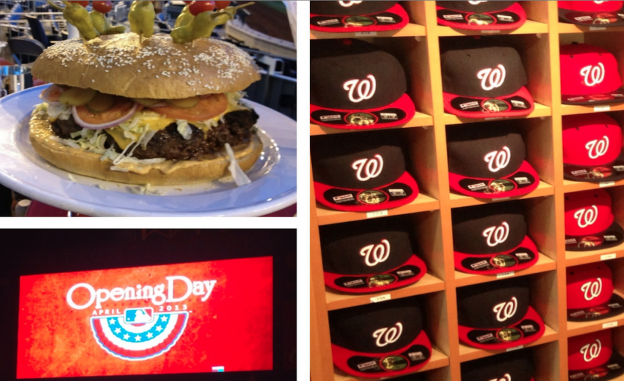 One of the montages Neal Augenstein used to create what he calls "the ultimate tweet."

Mobile users typically grab glances at their small screens often, while walking, sipping coffee, stopped at traffic lights, or behind their computer at work."

Why not create content for mobile devices tailored to the way people use their smartphones and tablets, as well as the devices’ benefits and limitations?

Using the same content for broadcast, online, and in social media is not only repetitive and boring, it fails to take into consideration the mechanical and behavioral differences between a person watching TV, listening to the radio, reading a web story, or fidgeting with a phone or tablet.

Television news organizations have had decades to figure out how best to tell a story. Online journalists now know how to build multimedia pages that encourage the user to click on several elements to paint a complete picture.

So the question is, “How can I produce rich content that’s best experienced by a person on a smartphone?

First, consider how people digest content on smartphones or tablets — generally in small doses, and while doing something else.

Having the ability to stream an entire movie on a phone is nice, when you have two hours to kill at an airport. But the reality is, that’s not how most mobile users receive content.

Mobile users typically grab glances at their small screens often, while walking, sipping coffee, stopped at traffic lights, or behind their computer at work.

Don’t create content that requires a phone or tablet user to scroll through and navigate your mobile site, searching for elements to click.

Instead, look for a way to provide the most content with the fewest numbers of clicks.

That’s one of the reasons Vine is so popular — its 6-second videos roll without a single click, once the video is centered on your phone screen.

But there is a better way for a reporter to produce nuanced, journalistically sound content.

The user experience should feel familiar to any music lover who has listened to vinyl or a CD, while reading the liner notes and studying the pictures — it all works to paint a complete picture. Here’s a video explaining the process:

The PicFrame app (99 cents) in Apple’s iTunes Store or Android’s Google Play allow you to quickly build a montage of photos from your camera roll.

I’ve found three images is enough to allow users to get an overview, or zoom in for details of a particular photograph, without making each image too small.

The challenge is: how to allow the smartphone or tablet user to see the photo montage and hear the audio report, without requiring a second click on a link within the tweet.

Enter SoundCloud, available for free for both Apple devices and Android.

SoundCloud allows a user to quickly upload a fully produced audio report to his or her SoundCloud account, which produces a URL that can be tweeted or otherwise shared.

SoundCloud’s mobile app now allows a user to conveniently upload both audio and a photo from your camera roll or a newly shot photograph in a single post.*

Once you’ve uploaded the montage, a single click allows the user to see the photo montage, and simultaneously listen to the audio report.

Unlike a video, which requires a user to watch the smartphone or tablet, the SoundCloud report can continue in the background while the user tweets, uses Facebook, writes email, or surfs the web.

See? Content created on a smartphone or tablet, to be consumed by a multitasking person on the go.

*Correction (4/14/13): This story has been corrected to include information about the latest version of SoundCloud’s mobile app, which allows users to add an image to an audio upload.

This story was adapted from a shorter post on Neal Augenstein’s iPhoneReporting blog on Tumblr.

Neal Augenstein is an award-winning reporter with WTOP-FM and wtop.com in Washington, D.C. Since Feb. 2010, he’s been the first major-market radio reporter to do all his field reporting on an iPhone. He lectures and consults on mobile and multi-platform journalism. Last year Neal and WTOP donated his iPhone to The Newseum . Neal is a frequent contributor to CBS News Radio. On Twitter, follow @AugensteinWTOP.