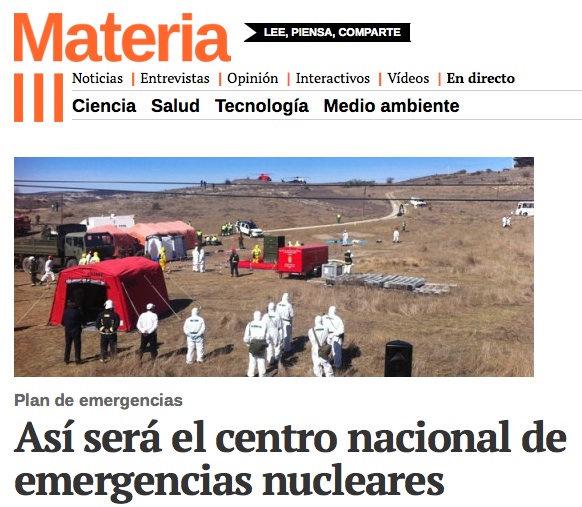 Launched last year, "Materia":http://esmateria.com/ is devoted to science, environment, health and technology. It now reports it has 185,000 monthly unique visitors and more than 43,000 Twitter followers.

As the media landscape continues to shift, traditional news outlets are trimming or eliminating specialized reporting, including science coverage.

In Spain, a new website wants to not only fill that void, but to become the go-to science publication in the Spanish-speaking world.

There's a lot of science and technology news out there that is actually commercial information disguised as innovation." -Patricia Fernández de Lis

Launched last year, Materia is devoted to science, environment, health and technology. And they have plans to create special content for tablets and smartphones, organize conferences and events related to science, and request donations from readers.

Like many other media startups in Spain, where the economic crisis and massive layoffs have generated an entrepreneurial drive, Materia’s story begins with the closure of a newspaper. The daily paper Público closed its print edition in February 2012, leaving nearly 126 people jobless.

Público had strong coverage of scientific news, and readers expressed their sadness at the closing of the newspaper, lamenting the void in science and technology news it would leave behind. That’s why its reporters decided to continue their science coverage by creating Materia.

“We will continue doing what we do, which is daily science news,” said Patricia Fernández de Lis, former editor-in-chief at Público and director of Materia.

Materia’s content must meet two editorial requirements: It must contain quality, thoroughly sourced, specialized information, but at the same time must be accessible to the general public and not just to specialists.

Plus, Materia’s content is published under a version of the Creative Commons (CC) license, which allows its full reproduction in other news outlets with proper attribution to the original source. Through this mechanism, Materia’s stories have been republished in more than 200 news publications worldwide, including El Comercio (Peru), El Observador (Uruguay) and 20 Minutos (Spain).

The power of the physical newsroom

Reporting 185,000 monthly unique users (70 percent in Spain and 30 percent in Latin America), more than 1.5 million accumulated page views and more than 43,000 followers on Twitter, Materia seems to have found a neglected niche.

Unlike many popular science blogs, this publication is produced in a newsroom. Leading a team of seven people based in Madrid, Fernández de Lis said, “We believe in the value of a physical newsroom when selecting, editing and publishing content. We are constantly talking about the content we publish.”

That is also clear in a sort of manifesto that explains what Materia is (and what it is not). The publication is not “a container of stories from freelancers without any editorial structure” and it won’t include a “catalog of gadgets and commercial launches.”

With stories such as a study on how neurologists of the Nazi regime used their victims’ brains for research and how “safe” Internet connections might not be so safe after all, Materia refuses to simply follow the coverage so many other outlets do.

“There’s a lot of science and technology news out there that is actually commercial information disguised as innovation,” she said. “ ‘This new version of a phone was launched.’ We do not believe that to be truly relevant scientific information.”

A commitment to creative commons

The site adopted a CC-license for several reasons, among them making sure that science news gets the maximum exposure possible.

But republication is also a response to the new media ecosystem. “Although the full reproduction of stories in other news outlets does not bring immediate economic benefits…it does bring a benefit in this new ‘attention economy’, as Internet gurus call it,” she said.

Materia gains visibility by being quoted in other publications and it ranks up in search engines. “The more people linking to us, the better our ranking in Google,” she noted.

The site is also experimenting with various forms of funding, such as selective advertisement (they will not accept ads for horoscopes, fad diets, polluting companies or any company or activity it considers offensive). They also plan to create special content for tablets and smartphones, organize conferences and events related to science, and request donations from readers.

“Readers have to start realizing that doing good journalism costs money. And if they really want good journalism on the Internet, they have to pay in some way,” she said.

Maite Fernández is IJNet’s Managing Editor. A native of Uruguay, Fernández worked as a reporter for the national daily newspaper El Observador and for its website, elobservador.com.uy. She’s bilingual in English and Spanish and has an M.J. in multimedia journalism from the University of Maryland. A non-recovering coffee addict, her interests include all things Web, data journalism, technology and boxing.