Most Innovative (and Controversial) Data Journalism Coverage of Gun Violence 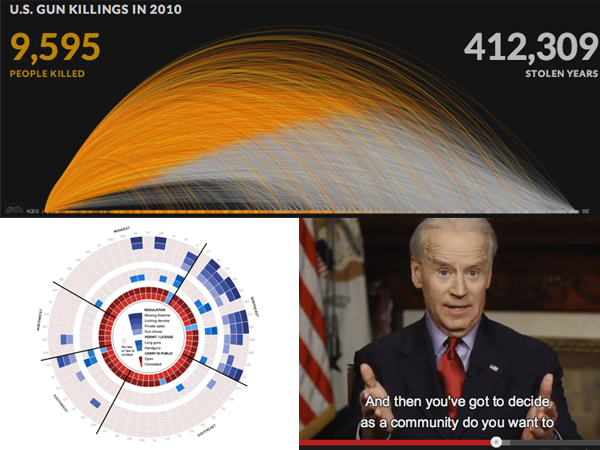 The tragic and shocking Newtown school shooting last December reinvigorated an urgency to discuss various facets of gun violence in America. The media responded, focusing coverage on the history of mass shootings, the state of gun ownership and violence in the U.S., developments around gun policy, as well as follow-up on the aftermath of Newtown, Conn., itself.

Data journalism — interactives, infographics, charts and tables — were tapped to convey factual aspects like historical timelines and status of gun control policy. Aggregated social media were more useful for covering individual shootings, as well as public reactions. However, as some publications found out, data journalism and social media must be utilized carefully when reporting a sensitive issue like gun violence in order to avoid questions on ethics and validity.