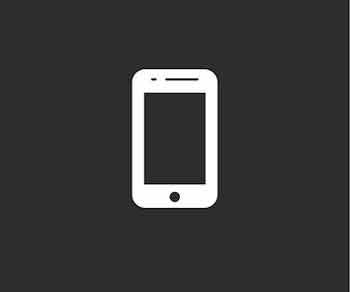 “Internet Users Demand Less Interactivity,” read the headline of a recent article at The Onion. A (fictional) Internet user commented:

“Every time I type a web address into my browser, I don’t need to be taken to a fully immersive, cross-platform, interactive viewing experience…I don’t want to take a moment to provide my feedback, open a free account, become part of a growing online community, or see what related links are available at various content partners.”

When you have a magazine, there's never a question of how you're going to read it. You're going to open it and turn the pages ... The gap between an app and printed matter is so wide." -David Jacobs

A new batch of magazine publishers wants to move in a different direction. Drawing on the concept of “subcompact publishing,” recently articulated by Craig Mod, and often mentioning Marco Arment’s The Magazine as inspiration, these publishers are creating minimalist magazine apps that do just enough — and no more — to provide a focused, deep, quality reading experience.

While much discussion of this approach has focused on design, there’s also a thoughtful vision underlying these publishers’ work — a dream of returning to deep reading at a relaxed pace, in an easily accessed format, with a strengthened relationship between readers and publishers. At the same time, these publishers are creating an opportunity for a wide range of content creators to better monetize their work.

Years of experience in working with blogging and online publishing led 29th Street Publishing co-founders David Jacobs and Natalie Podrazik to believe there had to be a better way for readers to enjoy digital text.

“With a lot of apps, you open the app, and you end up in a store. It’s ‘I just downloaded something, now I need my iTunes ID, now I need a magazine ID.’ It’s an extremely long funnel of stuff between you and reading,” Jacobs said. “We would prefer for every decision to be obvious. When you have a magazine you carry in your pocket, there’s never a question of how you’re going to read it. You’re going to open it and turn the pages … The gap between an app and printed matter is so wide.”

While many readers use apps that save online stories to read later in a text-focused format, publishers then don’t profit from the content. Today, ironically, “in order to create a better experience for reading, we have to divorce the publisher from how they make money,” Jacobs said. “We’re all in the industry, but no one would make it that way. It’s become this way incrementally over time.”

In addition to bringing accessible, minimalist design to magazine apps, Jacobs also sees the potential for content creators to ensure that their biggest fans can receive, enjoy, and support their work.

The app Jacobs’ company created for the website The Awl demonstrates one solution. Jacobs is a fan of The Awl, but, as a reader, he finds it difficult to identify and keep up with the best articles from the website. The site’s magazine-style app, The Awl’s Weekend Companion, pulls together a small selection of the site’s best content of the week in a tidy, text-focused format, delivered weekly to Apple’s Newsstand on iOS. Subscriptions are $4 a month. Though the stories were previously available for free on the website, the fee both provides subscribers a neat digest of stories and helps the site make some additional money.

Jacobs sees this style of magazine app as renewing the bond between audiences and publishers — what he calls “the centuries-old social contract between magazine publishers and readers” in which readers trade time spent reading a publication for information: “If you give me your attention every month, we’ll keep you up to date.”

Blogs also offer immediate and up-to-date content, but for most readers, keeping up with the flow of content is impossible, so they only read superficially or irregularly. But “once people subscribe [to one of these magazine apps], they’re in for it every Friday,” Jacobs said. “Hopefully, it’s behavior-changing, and it helps people read articles more critically, and helps people relax more.”

One of 29th Street’s publishers, Maura Johnston, has created Maura Magazine to distribute articles she and a select group of other authors have written. A longtime journalist who’s written for print and online media, Johnston had seen good writing get “lost in the shuffle online,” and too much bad writing put out as “packing material.”

“The economics of online content dictate putting lots of stories out there — throwing them at the wall and seeing what sticks. That results in a lot of content that should sit for a bit, or shouldn’t go up,” she said. In her magazine app, which includes a small selection of stories in each issue, Johnston “can give considered edits to things, and go back and forth with writers … It’s giving people a package of multiple stories they can read at their leisure.”

With a similar vision in mind, The Periodical Co. will launch around early February. A diverse selection of content creators are using their platform to develop minimalist magazine app experiences. One of the company’s three co-founders, David Mancherje, says that the concept appeals to both traditional and new publishers.

“We’ve heard from a lot of magazine and newspaper people who want to transfer what they’re doing and simplify the process, but also thought leaders, people who blog and tweet and want to take their writing and monetize it,” Mancherje said. “We’re building a platform for people who people just want to share their thoughts.”

Shahruz Shaukat, another co-founder, compare the development of minimalist magazine publishing to the development of blogging. “With blogging, everybody suddenly had a voice,” he said. Today, he could make his own magazine easily, even (hypothetically) by simply working with a few friends “to write a response to ‘Breaking Bad’ and publish that every week.”

Though digital magazine publishing has until recently been a fairly expensive undertaking — not to mention the technical challenges involved — these new platforms open up new opportunities for all kinds of publishers. The Periodical Co.‘s third co-founder, Sean Stevens, is hopeful: “I have a feeling people will come up with more ways to use this than we’ve imagined.”

Will minimalist magazine apps also refresh readers’ interest in the digital magazine experience? The low cost of a subscription, plus readers’ desire to support their favorite publishers, might entice readers to try this new style of magazine. Maybe readers like The Onion’s frustrated Internet user will find it especially appealing.

As Johnston says, “It almost sounds like the slow food movement: people who are tired of being baited into reading negative pieces, or things that will make them angry for a minute, and then they move on …There’s a trust between me and the reader. I know you have limited time, and I want to give you three or four really good pieces that you can chew on.”