Don’t Just Get Along; Have the Tough Conversations to Make Collaborations Work 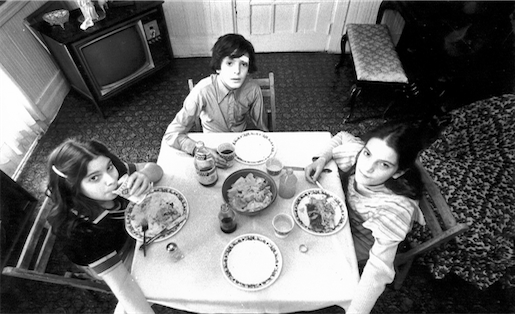 After 16 years of working for and with non-profit organizations and philanthropic foundations, I’ve concluded that social and policy change doesn’t happen without collaboration. Whether it’s a coalition of like-minded organizations, a network of activists organizing in response to an injustice or a meeting between adversaries looking for common ground, collaboration allows us to have a greater impact than going it alone.

But I’ve also learned that collaboration is hard work and that most collaborations that fail do so because the hardest work of all — being honest about who we are and what we want — is not done.

'Getting along' is not social change, it's a strategy for getting through Thanksgiving dinner with your family."

At the beginning of my career, I worked on a national diversity education initiative that partnered with colleges and universities to offer a course that utilized video production as an experiential educational tool. At the start of the course, taught by an interdisciplinary team of professors, students worked independently to produce “video diaries” that examined an aspect of their identity (e.g., race, gender, sexuality, culture, class.) Later in the course, the students were assembled into teams to produce a group video project of their collective choosing.

For anyone who has ever done any video or film production work, you know the number of decisions that must be made — concept, script, shot angles, music, editing — and how each can dramatically change the meaning of the ultimate product. For a team of diverse individuals who had recently been able to make these decisions on their own, it was a challenge in collaboration to achieve a mutual goal; they needed to finish the video to pass the course.

What was remarkable about our model was that we did not ask the students to “just” put aside their differences to work together effectively. We rejected the viewpoint of those who make claims that they “don’t see race” or that my gender does not impact how they interact with me. Instead, we wanted the students, as they worked together, to communicate and to be conscious of their differences and to use that consciousness to work together effectively.

The Importance of Being Real

This thinking has been at the core of my approach to collaboration ever since: “getting along” is not social change, it’s a strategy for getting through Thanksgiving dinner with your family. If the students pretended their differences did not exist, they risked presuming they shared viewpoints they did not and derailing their project, as well as losing out on the texture those differences could add to their video storytelling.

Too often, we enter into a partnership or collaboration like we’re on a first date. We mask our faults with a coat of makeup or a new outfit, pretend to have interests and capabilities we don’t have, and assign super-human qualities to the person sitting across the table in the hopes that they might just be “the one.” Second dates don’t happen when one of you says, “I can only go out on Tuesdays and Thursdays between 7 and 10 p.m.; please don’t ever suggest Korean food because it makes me want to vomit; and I’m confident you should be the mother of my children.”

But that is precisely how an effective collaboration begins: sharing with each other what is most important to us and what our limitations are, in addition to sharing (honestly) what we have to offer to make the collaboration worthwhile to our partners. None of us has any time for extra meetings or the desire to be cc’d on yet another string of group emails. Collaboration for collaboration’s sake is useless. When we choose to collaborate, ideally it is because doing so will result in a greater, faster, or more efficient impact than we could achieve if we worked alone.

Having the Tough Conversations

In 2000, when I was the creative director and chief strategist of Rock the Vote, we entered into a nonpartisan coalition of organizations that wanted to work collectively to increase youth voter turnout. While we met our goals, our post-election debrief revealed that many members believed we could have achieved the same goals by working independently. While many of the individuals involved in the coalition were, in fact, friends, we had not had the tough conversations and, as a result, had not effectively leveraged the unique skills and resources of the different organizations and had made false assumptions about what other members would be able and willing to bring to the table. Rock the Vote’s broad media reach or another organization’s vast network of grassroots volunteers had not been fully exploited for the benefit of the coalition as a whole.

Anyone who knows me knows I’ve been obsessed this past year with the documentary “How to Survive a Plague,” which tells the story of how ACT UP and its spinoff, the Treatment Action Group (TAG), worked to get a treatment for HIV/AIDS in the 1980s and 1990s. Fueled by a concept of justice and the most basic self-interest to not die, these activists recognized the need to work with government and industry researchers and developers to achieve their goal. In one scene in the film, a group of activists occupy the offices of Japanese pharmaceutical Daiichi to compel the company to invest in the R&D of a product the activists believe could be an effective treatment for HIV/AIDS. Peter Staley — one of the group’s leaders — explains earnestly to the executive in his shirt and tie how ACT UP/TAG has the know-how and the relationships to help the company navigate the FDA and bring the drug to market.

While I doubt ACT UP/TAG would call their actions “collaboration,” they did clearly understand that they needed to work with industry to achieve their goal and they needed to be aware of and address industry’s self-interests — a faster path to market, the likelihood of profit — to do so.

Here are the questions I think should be asked and discussed prior to initiating any collaboration:

Alison Byrne Fields is the Founder of Aggregate, a creative strategy group that works with nonprofits, foundations and storytellers to bring people and resources together to create social and policy change. She can be found on Twitter at @abfdc.