Alt-Weeklies Struggle to Reinvent Themselves for the Digital Age 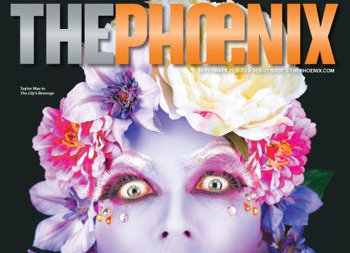 The Boston Phoenix is dead. Long live The Phoenix.

On a recent Wednesday evening at Tico, a fashionable restaurant in Boston’s equally fashionable Back Bay, the Boston Phoenix threw itself a party. The food was free and the bar was open as several hundred guests shouted to be heard over thunderous music. Mingling with the crowd was the publisher, Stephen Mindich, who in 1966 launched the alternative weekly that later became the Phoenix.

It seemed like old times; but the purpose of the party was to unveil something new. The Boston Phoenix was no more. Rising from its ashes — phoenix-like, if you will — was The Phoenix, a free weekly glossy magazine combining the newspaper’s coverage of politics and the arts with lifestyle content from Stuff, a Mindich-owned publication that was being folded into the new magazine.

As it turned out, the alternative press was just a few years behind the dailies -- and when the Internet apocalypse hit, it hit hard."

The party marked the end of a 46-year era for a paper whose roots extended back to the radical politics and music of the 1960s. More than that, though, it underscored the difficulties of publishing an alt-weekly in the teeth of vast changes in technology, the economy and the culture.

It’s not that no one wanted to read the Boston Phoenix anymore — its circulation of 107,000 is pretty much the same as it’s been for many years. Instead, the paper was falling victim to that familiar lament of the Internet age: No one could figure out how to make any money.

I worked at the Phoenix from 1991 to 2005, mostly as the paper’s media columnist. (I’m still an occasional contributor.) The 1990s were the last great flowering of the alternative press. We published four thick sections a week, including a monthly book review and a monthly supplement for gay and lesbian readers. By the time the Phoenix ceased to be a newspaper, it was down to one thin section.

In the ’90s, at a time when daily newspapers were just starting to struggle, there was a sense that alt-weeklies had figured it out. A snark-laden Washington Post account of the Association of Alternative Newsweeklies’ 1994 convention in Boston portrayed the publishers as aging, arrogant — and rich. The Post reported that, overall, alt-weekly circulation was more than 5 million, with gross annual revenues north of $200 million. And if the typical alt-weekly reader wasn’t exactly young, he or she was nevertheless somewhat younger than daily newspaper readers — not to mention smarter, hipper, better-looking and with more disposable income.

As it turned out, the alternative press was just a few years behind the dailies — and when the Internet apocalypse hit, it hit hard.

Just as significant, alt-weeklies found themselves on the wrong side of the paid-content divide. Dailies like the New York Times, the Boston Globe and others, beset by an advertising market in seemingly permanent shrinkage, are trying to persuade their readers to pick up a larger share of the cost, both in print and online. In contrast, the owners of alt-weeklies are surviving, or not surviving, entirely on advertising while publishing free papers and websites. They probably don’t have much choice, but it’s a tough road they’re trying to travel.

Thus it’s not surprising that we’re starting to see the old order break up. Last week we learned that Village Voice Media would split in two, with the founders — Mike Lacey and Jim Larkin — taking the online business Backpage.com and a group of longtime Voice executives acquiring the papers. Backpage had become toxic for its alleged role in facilitating sex trafficking, and the hope is that the papers — including the Voice, the Phoenix New Times and LA Weekly — might be able to attract more mainstream advertising once the adult ads have been removed.

The changes at The Phoenix, too, were aimed at attracting higher-end advertisers who prefer glossy paper over newsprint, and who don’t want to be seen alongside ads for masseuses, escorts and phone sex — ads that have been removed from The Phoenix and that now run in a standalone publication. The magazine is a combination of edgy and conventional that no doubt will take some time to shake out.

An Alternative to What?

The existential question is whether time has left the alternative press behind. For the past several decades, alt-weekly publishers have had to ask themselves what they are an alternative to in a culture that is notably more inclusive than was the case in the 1960s.

Boston After Dark, one of the papers that morphed into the Boston Phoenix, once ran a front-page headline that read “Enemy Bombs Hanoi” — the idea being that the enemy was, you know, the United States. The alienation to which that headline spoke would be entirely out of place today, even though the Phoenix was harshly critical of the Bush-Cheney administration and has devoted page after page to sympathetic coverage of the Occupy movement.

Moreover, it often seems like the alternative press has been overtaken by newer, nimbler forms of journalism. BostInno, a startup website, covers technology, city life and education for young Bostonians in bite-size chunks heavy on graphics and Storified tweets. Both locally and nationally, online media serve every conceivable niche.

Or consider New Haven. The once-proud Advocate papers of Western Massachusetts and Connecticut were purchased by Times Mirror in 1999, which in turn was later acquired by Tribune Company. The New Haven Advocate is now a shell — an entertainment guide run out of the Hartford Courant, a Tribune-owned daily. Meanwhile the New Haven Independent, a non-profit news site started by former Advocate editor and columnist Paul Bass, marked its seventh anniversary recently, succeeding with a sensibility that’s more town crier than alt-weekly.

It seems to me that if alternative weeklies are going to survive and thrive, they need to play to their traditional strengths — progressive politics, long-form narrative journalism, and deeply intelligent coverage of the arts — while seeking out new ways of making money. Reinvention as a glossy magazine, the route The Phoenix has taken, is one way, even if the new publication can no longer be considered an alt-weekly in the strictest sense. Separating the journalism from the adult ads, as the Village Voice and its sister newspapers (and The Phoenix) have done, is another.

Half a century ago, the alternative press represented something fresh and exciting. The excitement is long since gone, but the need for a diverse range of high-quality local media is as great as ever. Alt-weeklies — or whatever we should call them — can still be a vital part of that. I hope they are.

Hear Dan Kennedy on the most recent Mediatwits podcast discussing the future of alt-weeklies.

Vote in the PBS MediaShift poll about what you think the future holds for alt-weeklies.

Dan Kennedy is an assistant professor of journalism at Northeastern University in Boston and a panelist on “Beat the Press” a weekly media program on WGBH-TV. His blog, Media Nation, is online at www.dankennedy.net. His book on the New Haven Independent and other community news sites, “The Wired City,” will be published by the University of Massachusetts Press in 2013.