The Quixotic Quest to Avoid Olympic Spoilers on Social Media 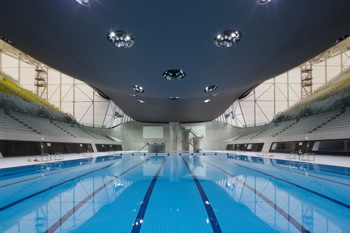 Olympic fever hit me young. One of my earliest memories is of a coloring book featuring the raccoon mascot from the 1980 Lake Placid Olympics that my mom gave me when I was three. I colored in the pictures of the raccoons skating and bobsledding while I watched the Olympics on our old boxy television. From then on, wherever I was, whatever I was doing, I always took two weeks out to gorge on the Olympics, as the technology that delivered them to viewers evolved.

The ubiquity of real-time coverage threatens to undermine what I most enjoy about the Olympics: the drama, the thrill of not knowing how the competition will turn out."
ADVERTISEMENT
Click to read our whole series

I’ve passed on my enthusiasm to my kids. When my daughter was two and half, coverage of the Beijing Olympics in 2008 was practically the first television I allowed her to watch. One day she saw an elderly neighbor of ours swimming shortened laps in the decidedly not Olympic-sized oval pool at our condo complex. She pointed and said, “A champion!” She pointed out champions everywhere — joggers slogging down the street, slackers pedaling cruiser bikes, they were all champions.

During the Beijing Olympics, I managed to mostly avoid hearing results of competitions before I was able to watch them on the evening network TV coverage. But there are now more ways than ever to take in Olympic coverage — network and cable TV, iPad apps, live feeds streaming on the Internet, and the athletes’ Twitter and Facebook updates, to name some. The ubiquity of real-time coverage threatens to undermine what I most enjoy about the Olympics: the drama, the thrill of not knowing how the competition is going to turn out. So I will try to digitally sequester myself as much as I can during the London Olympics.

Against the Digital Grain

Why am I trying to go against the modern digital grain? When I was in high school, I almost won a 300-meter hurdles competition. There I was, charging down the track. I could hear my teammates chanting my name and saw no competitors in front of me. I was beginning to taste the thrill of victory that I’d heard so much about during my obsessive Olympics watching. Then I tripped over the second-to-last hurdle and landed flat on my face on the track. I picked myself up in time to collect my customary fourth place.

My loss was not at the level that an Olympian who has trained her whole life experiences when she makes an unfortunate mistake, nor would a win have been as great. But when you’re rooting for an athlete, what you’re really doing is rooting a little for yourself — for the little bit of you that you see in every champion. And so, when you can see the win within her reach, and then something goes wrong, your own mishaps make you feel her pain. And you share a little of the athlete’s glory when she wins, because you’ve been through the nerve-wracking experience together.

When, however, you hear through Twitter or a news site that an athlete tripped over a hurdle, and later you watch the race, it feels like all you’re watching it for is to see when and how the calamity happened. This rubbernecking feels unwholesome somehow. It’s less like the participatory feeling that watching a live sporting event can give and more like the why-have-I-sunk-this-low self-loathing that watching reality TV provides.

I have a few advantages in my quest to digitally sequester myself, chiefly that I am somewhat behind the rest of the country on my gadget acquisition. This is in part because I try to limit my online time, but mostly because on my meager writer earnings, I can’t afford all those pesky monthly fees. So I don’t have cable or satellite TV, and I still rock a flip phone without a text or Internet plan like it’s 2005. I will try not to visit Facebook much during these two weeks. However, I can’t give up Twitter. It’s just too fun.

During the first few days of Olympic coverage, my quest to digitally sequester myself has yielded mixed results. As I watched the Opening Ceremonies, I checked out Twitter, figuring that since this wasn’t a competition, there was nothing really to spoil. I enjoy visiting Twitter during events that millions of people are watching together — it’s like throwing a party without having to cook and clean. But apparently the majority of the people I follow live farther East than I do, because I was reading lots of tweets about the parachuting Queen and Mary Poppins taking on Voldemort hours before I could see this in Colorado.

So I shut off my computer and enjoyed watching Kenneth Branagh, dressed kind of like Abe Lincoln, wandering around on that Hobbity hill in the pastoral portion of the Opening Ceremonies. If I’d had Wikipedia fired up, I could have learned that the top hat costume was meant to portray not Lincoln, but Isambard Kingdom Brunel, a British engineer whose “designs revolutionized public transport and modern engineering.”

But I didn’t need Wikipedia to tell me that Branagh is a great actor. His expression of joy and awe at the sight of the illuminated Olympic rings rising above looked so much more intelligent and convincing than the slack-mouthed stupefaction of the volunteers nearby him, who were perhaps feeling the same awe but weren’t trained to express it through their faces. Branagh’s eyeballs tracked side to side as he gazed at the spectacle, the way actors’ eyes do when they give each other meaningful looks. Give that guy an Oscar.

Nor did I need Wikipedia to tell me who Tim Berners-Lee was when he appeared in the modern section of the ceremony. I had my software engineer husband to tell me that he established the first web server, and that in the opening ceremony he was sitting at a NeXT workstation, the computer he used in his pioneering work on the World Wide Web. My husband further informed me that Steve Jobs founded NeXT in 1985, the year he was fired from Apple. See! In the absence of the Internet, family members can also be fonts of information. However, my husband said, “I didn’t know Tim Berners-Lee was British. I thought he was Swiss.” So the same rule applies for information derived from Wikipedia and family members: trust, but verify.

On Saturday, the first day of real competition, I fared less well on my digital seclusion. I avoided checking the Internet or listening to the radio, but at the birthday party for my dad that day, most of my family was armed with smartphones and iPads. My brother and my husband started a discussion that made it clear to me that Michael Phelps had not won the gold in the 400-meter IM. “Stop!” I said. “No more!” I ran away from them. So I was able to at least preserve the mystery of who had won the race until I watched it a few hours later and saw Ryan Lochte take the gold.

It will be hard for me to find time during weekdays to sit down and watch live Olympic coverage on the Internet, so as the London Olympics unfolds, I will continue my quest to maintain my ignorance until the moment when network TV chooses to enlighten me. I know, it’s retrograde, but it’s the best strategy I can come up with to maintain that Olympic magic that I first experienced as a kid.

However, I don’t think I will be able to resist sneaking away from my weekday duties to watch a Colorado girl, Missy Franklin, in her swimming finals. She goes to the same high school that my little brother attended, which for some reason makes me feel like I have a stake in her wins. She’s already won her first gold medal and is expected to contend for six medals.

She’s taken it as her mission to bring some joy back to Colorado. At a news conference last week she said, “The only thing I can do is go to the Olympics and hopefully make Colorado proud and find a little bit of light there now.” She tweets @FranklinMissy, and you can bet your gold medal I’ll be following her.

Jenny Shank’s first novel, “The Ringer,” is a finalist for the High Plains Book Award. Her satire appears in the new “McSweeney’s Book of Politics and Musicals.”