The Art of Collaboration: Inside the New York Theatre Workshop 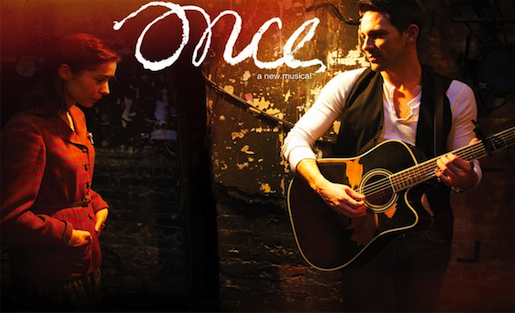 A poster for the New York Theatre Workshop's Tony award-winning production of "Once."

Since 1988, Jim Nicola has been at the helm of the New York Theatre Workshop. Last season, he led this non-profit theater company to win 13 Tony Awards for the smash hits “Once” and “Peter and the Starcatcher.”

A writer can write, and a painter can paint independently. Theater is different. Everything we do here has to be an act of collaboration. And here, everyone counts." -Jim Nicola

In a wide-ranging interview, Nicola told me that he sees the role of artistic director as that of “facilitator in chief.”

“My job is to support, sustain and nurture the relationship between artists and the audience,” he said.

As someone who spent more than six years managing Broadway shows and national tours, I know first-hand that collaboration is an essential ingredient of any theater company’s success. But not everyone takes collaboration as seriously as Nicola and the NYTW — or applies collaboration to achieve such impressive results.

From my first day on the job in theater, I understood in a visceral way that no man is an island in this business. A successful show effectively fuses the talents of a vast cast of characters, onstage and behind the scenes. And yet the writers, actors, musicians, designers, crew members and managers involved in a show often have competing interests, needs and opinions about how a production should come together. To add further complication, all of these parties have their creative reputations riding on the outcome of the final product.

This means that the leadership of the artistic director is critical to unite cast and crew members behind a single set of artistic decisions. Everything rides on this person’s ability to transform a group of artists with strong opinions into a tight-knit community dedicated to one another and to the work. It is a Herculean task — and one that Nicola handles with tremendous grace and savvy.

“We have a structure of collaboration and relationships and that structure is vital to our work,” Nicola explained. A new NYTW show typically begins with a reading from one of the Usual Suspects, a group of affiliated artists 500-strong that receive support from NYTW. Each member of NYTW’s collaborative community, including critics and audience members, has a stake in shaping and reshaping a show until each artistic element helps the story rise to its potential. It is a beautiful and rare process in this day and age of overproduced shows, celebrity leads, and ever-shrinking budgets.

“To do justice to a piece of theater, it needs to be in the mouths of actors,” Nicola said. “That’s why our labs and reading series are so critical to our creative process.”

Once a reading is complete, NYTW uses a feedback technique called the “Critical Response Process“ created by artist Liz Lerman. The process is composed of a series of questions that pass between the creative team and audience members, with the goal of giving the creative team useful feedback:

If this process sounds lengthy and tedious, it is. It’s also necessary in order for NYTW to continue its lineage of producing meaningful art. Collaboration is the vital ingredient that keeps NYTW at the top of its game and on the leading edge of a crowded field.

“Acts of creativity require collective support. When someone comes to see a show at NYTW, they are peering through a small window into a much larger image of what we do here,” Nicola said. “There is an entire community at NYTW that is much bigger than any one production, and we want the audience to be a part of it.”

The Role of the Audience

NYTW recently took the idea of audience participation to a whole new level when it staged the original production of “Once,” the hit musical that transferred to Broadway and won eight Tony Awards this year, including Best Musical. The audience spent the pre-show inhabiting the on-stage bar that serves as the show’s main location.

Nicola explained that NYTW does not try to entertain; instead, he wants the audience to think long and hard about the larger implications raised by the themes of a show and reflect upon how those implications make them feel about their own lives.

“We have an obligation to help the audience figure out what they think and why,” he continued. “You are a citizen, one part of the fabric of humanity, and life is getting more and more complicated. You need to have opinions and thoughts on how it’s unfolding. Theater is just a reflection of what’s happening in society. Let’s talk about it. We don’t need to agree, but we do need to come together and share our points of view.”

“A writer can write,” Nicola said, “and a painter can paint independently. Theater is different. Everything we do here has to be an act of collaboration. And here, everyone counts.”

Christa Avampato is a product developer, freelance writer, and yoga and meditation teacher based in New York City. She blogs daily about the art of creative living at Christa In New York: Curating a Creative Life. Learn more about the things that light her up by visiting her company website Chasing Down the Muse and very-often-updated Twitter feed.