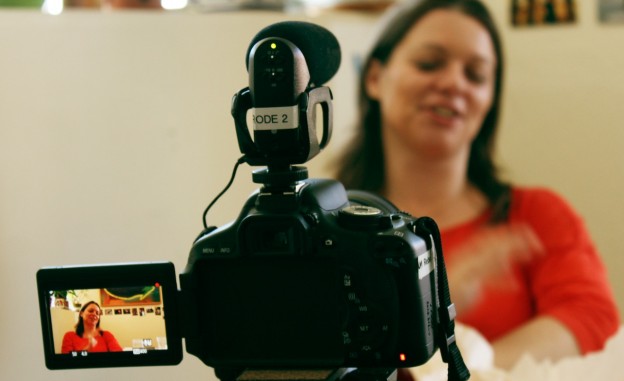 A burgeoning array of university-based news projects have been quietly experimenting with new ways to organize and staff their newsrooms, to gather and produce news, and to deliver information and engage their audiences. There’s one thing, though, that almost none of them have successfully tackled: how to make money at it.

Rather than create breakthrough business models, university-based news services tend to make their bottom lines by relying on a combination of funding from their schools, grants from foundations, and the use of unpaid student labor. A recent gathering of several dozen university news sites in Washington, D.C., June 1-2, organized by American University’s J-Lab, made clear that the vast majority survive primarily with university support or else just “hobble along” raising money for tiny budgets.

The lucrative high school training workshops came about by accident, when a Pulitzer Prize-winning mother of three suggested a way to keep kids busy during the summer."

But there appears to be an exception. One center has moved toward sustainability by parlaying its in-house journalistic expertise and the draw of a major university, doing what journalism schools do best — train journalists.

Investigative workshops for high schoolers have proven to be a major moneymaker for Boston University’s Center for Investigative Reporting.

Boston University’s New England Center for Investigative Reporting in the last fiscal year brought in $180,000 from an array of training workshops for professional and high school students. The center also earns money from sales of the investigative reporting content and custom research it creates with students and staff, plus raises funds from individual philanthropists, university contributions, and grants.

But the money from its training programs represents the single biggest revenue source for the center’s $550,000 operating budget.

The workshops were a key part of the center’s mission to train the next generation of investigative reporters, so as to stem the erosion of quality reporting in small cities and towns.

Sustainability is also part of the mission — particularly after it got a two-year $400,000 grant from the Knight Foundation in 2010 aimed at finding a sustainable business model that could be replicated at the dozens of other similar regional news centers cropping up as part of a growing national Investigative News Network. Bergantino noted that the $375,000 raised in training revenue now nearly matches the Knight grant.

Professional trainings focus on a certificate program for working journalists, many of them from overseas and with extensive experience but a desire for new tools in their reporting. The intensive two-week sessions, offered twice each summer for $2,000 per attendee, combine traditional sessions on ethics with discussion of the new news ecosystem, and a focus on computer-assisted reporting, the latest data sets and data visualization tools. The 10-12 reporters typically come with existing story ideas, then work directly with the faculty to execute them.

But the vast majority of the training revenue — some 85 percent — comes from the workshops for high school students. The program arose almost by accident, said co-director Maggie Mulvihill, when board member and Pultizer Prize-winning journalist Rochelle Sharpe, who also happens to be a mother of a teen, suggested a journalism workshop for parents seeking summer activities for their children.

Now, the high school program draws upward of 60 students for five separate two-week, $2,200 summer workshops run by Mulvihill, Bergantino and a high school teacher. (Bergantino says as of June 28, the program has enrolled 63 students from 21 states and the District of Columbia, as well as five countries. It is still accepting applicants for programs starting July 16 and July 30.)

Costs of running the programs are kept to a minimum, with the co-directors handling the program’s marketing, administration, housing and meal arrangements. They also prepare the syllabus, teach, and organize evening events and trips to programs like the recent IRE conference in Boston.

The students are trained how to download and work with government data to prepare a computer-assisted story during the workshop. In one example, Brooke Kwasny, a student from Wisconsin, worked with Department of Education data on crimes on college campuses for a story on hate crimes at the University of Wisconsin.

A big part of the appeal of the high school program, Mulvihill said, is the drawing power of Boston and Boston University for teens testing out college options. Students experience college life for two weeks, exploring the city while living in dorms and eating dorm food. (They pay an extra $800 for the privilege.)

In fact, the program serves as a kind of recruitment tool for the university. Mulvihill and Bergantino said at least four, and as many as six, of the 2011 workshop students actually ended up enrolling this year as B.U. journalism students.

Are teen trainings a replicable model?

The B.U. outfit is not the only regional investigative reporting center experimenting with such training workshops, said Mulvihill. For instance, a sister center, the Connecticut Health Investigative Team, is running a pair of intensive week-long workshops for high schoolers in July. She said she believes other centers, such as in Florida and Colorado, are also exploring similar programs.

Other universities such as Columbia, Yale, Princeton and Northwestern run competing journalism workshops for high schoolers, too, although not as part of university news services and, said Bergantino, not generally focused on investigative reporting

The revenue from high school trainings may not be in the cards for every university news outlet, Mulvihill said. “Honestly, one of the primary attractions — and this is not lost on Joe and I — is that kids want to check out Boston for college,” she said. “It is quite a magnet for aspiring college students.”

Pros and cons of training amateurs

Perhaps with that in mind, other university-based news services aren’t limiting themselves just to the college aspirant, or even professional market, for their training revenue stream.

Members of the local community, for instance, are the target for fundraising trainings organized by the San Francisco Bay Area’s [email protected], which is otherwise staffed by students from UC Berkeley Graduate School of Journalism, San Francisco State and others.

[email protected] Editor Helene Goupil said the news outlet successfully offered its first community training workshop in May, charging $200 per person for a two-day basic multimedia workshop taught by her and a staff videographer. The workshop, limited to 10 participants, sold out quickly, and a second is being offered in mid-July to 12 students.

Goupil said that even with costs kept low by using volunteer labor and borrowing equipment from Berkeley, she doesn’t expect the inexpensive workshops to contribute much toward the $150,000 the site is trying to raise toward it’s $350,000 operating budget. She added that the workshops are also likely to stay on a small scale, since they take precious staff time to promote and run.

But Goupil said [email protected] did want to offer something to the community that was affordable and that would provide a useful skill that, in turn, would encourage participants to contribute more to the site. In fact, two of the videos produced during the workshop have already been published to the site (here’s one and here’s another), and a third is expected.

Others are less sanguine about the prospects for community trainings, not just for revenue, but as a way to engage community members. At the recent J-Lab gathering, Lew Friedland, of MadisonCommons at the University of Wisconsin, said training citizen journalists was a core goal of the service when it was founded in 2006 to cover news from all of Madison’s neighborhoods.

But he said there was little return from numerous neighborhood trainings offered to 150 citizen journalists in the early years of 2008-2010. That’s forced the project to rely more on building reporting staff from within the school. The site still earns small grants to train local non-profits in social media workshops.

Meanwhile, for the B.U. center, growing its workshop offerings is certainly part of the near- and long-term strategic plan. And it’s not just because of the revenues, Bergantino said: “We feel like we’re providing an important service to students who are as passionate as we are about investigative reporting, who want to make a difference in the world [by] holding the powerful accountable through journalism.”

Correction: This story has been altered to correct that Rochelle Sharpe is the mother of one teen.

A. Adam Glenn is associate professor, interactive, at the CUNY Graduate School of Journalism, and a longtime digital journalist and media consultant. Connect with him on Facebook or LinkedIn, and follow his Twitter feed. [DISCLOSURE: I’m a graduate of Boston University’s journalism program, but have had no formal and little informal contact with the program since graduating 30 years ago]. This monthly column draws liberally from conversations about digital journalism teaching practices on the online educators Facebook group of the Online News Association. The ONA Facebook group is currently a closed group but you can view ongoing conversations (see our group Q&A tracker), or join in via ONA membership.