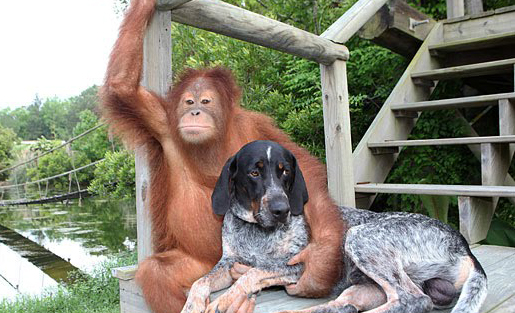 One of the best parts about getting professional colleagues together is that everyone brings specific resources and examples to the topic at hand. Sometimes these are familiar to you, but a colleague’s experience offers a fresh perspective. At other times, you may discover details about a resource you’d previously only vaguely heard of, or learn about something you were not aware of at all. At last month’s Collab/Space conference and during the extended conversation on the Journalism Accelerator afterward, people offered concrete examples of successful collaborative reporting projects and pointed out tools or tips that helped them along the way. We’ve collected many of them here. Feel free to add to this shared base of knowledge. Happy collaborating!

Are you thinking about a collaborative reporting project and want some examples to show your editor? Would you like to work with an organization outside your own so your joint efforts can have a collectively bigger impact? Do you need tools to make collaborating easier?

The Center for Investigative Reporting and California Watch, the public radio program, are launching a YouTube channel dedicated to investigative reporting. Their many partners cross many revenue models.

Find ideas and inspiration in these examples, models, articles and tools that people cited in the JA conversation on collaboration and revenue.

These sections offer examples of collaborative journalism, joint projects (some which reach beyond journalism), and resources designed to support collaborative work. This is by no means a comprehensive list — though it’s a good one. All the ideas came from the JA conversation exploring how collaboration in journalism could increase revenue for publishers, following a conference organized by Collaboration Central.

The Florida Center for Investigative Reporting partnered with the Miami NPR affiliate WLRN for this report showing law enforcement does little when alleged criminals skip bail and leave the country. It won a National Headliner Award for “Radio: Best in Show.” Later, FCIR and local NPR stations collaborated on other work, including a series of grant-funded investigations examining education reform for Florida’s StateImpact project.

San Francisco Public Press (SFPP) offered several examples. A story on human trafficking reported in collaboration with New America Media and the bilingual newspaper El Tecolote involved seven reporters, went out to more than 30 NAM affiliates, and appeared in several newspapers in India and the Spanish-language newspaper La Opinion. A different SFPP story, examining trends in the juvenile justice system in San Francisco and other cities, was part of a package of national stories by the Center for Public Integrity. CPI paid the two freelance writers and a photographer. Both organizations edited, and SFPP ran it in the newspaper. A project on sprawl brought in an editor from Bay Nature Magazine, which covers that issue frequently.

“Post Mortem” is an investigation into America’s system of coroners and medical examiners. NPR, ProPublica, and Frontline collaborated on reporting while each producing their own coverage. Carrie Lozano of UC Berkeley’s Investigative Reporting Program was “embedded” in the project to observe and report on the collaboration process.

American University’s Investigative Reporting Workshop brought collaborators in when they knew they had data that deserved wide dissemination. This practical assessment of that collaborative process sees a “new direction for publishing, one that allows a number of editorial voices to weigh in on the findings before publication and for multiple points of view on how to interpret and use the material.”

On May 1, journalists from more than two dozen independent organizations connected through The Media Consortium to cover Occupy events coast-to-coast.

The Association of Local Newspapers is a cooperative of 100 independent papers in Poland, all competing with state-controlled news outlets. The Association is a national advertising cooperative that also offers journalist training and legal support, and advocates around national media policy.

The Public Insight Network is a platform that allows newsrooms to recruit citizens as sources. Tools and training are offered to news organizations on a fee-for-service basis. Founder Michael Skoler says PIN creates a bond through collaboration between a news organization and its audience. From a revenue perspective, he says, that can lead to more donations to the non-profits that use it. PIN is now imagining the next level of community-wide, collaborative reporting.

The UpTake is a citizen-driven news organization based in Minneapolis that collaborates regularly with other independent media. It is primarily foundation funded, but collaborations around some major news stories, such as the 2011 political standoff in Wisconsin, helped increase individual donations. The UpTake has also brought in revenue by selling video from legislative sessions to the Star-Tribune newspaper.

Inspired by the journalism crowdfunding site Spot.us, GoJournalism takes a similar approach to reporting in Ottowa. It’s part of the journalism program at Algonquin College.

Collaborative projects: Cross-industry or outside models

The Civic Commons is a website that provides a place and way for people to talk about a wide range of civic issues. Both grant and fee funded, it has collaborated with newsrooms to spark conversations and draw out sources, and with government agencies to gain insight into public views. Curator of Conversation Dan Moulthrop says some collaborations “were revenue gains, some revenue neutral and others just at huge costs. But with all of them, we do try to think through what’s at stake …”

The State Integrity Investigation (SII) is a three-way collaboration among two journalism organizations and one public policy institution: The Center for Public Integrity, Public Radio International, and Global Integrity. The groups wrote a grant together, clarifying ahead of time how the responsibilities and resources would be divided. The project ranks the integrity of state governments based on “laws and practices that deter corruption and promote accountability.” A top goal is to prove the collaboration’s impact, which could help future funding. So SII created a tool that lets readers email lawmakers, and is tracking how many do. SII is also tracking and publishing reform efforts that SII believes have been “sparked or accelerated” by the project.

Patients Like Me is a website that builds communities of people who have the same disease by offering a place to trade experience and knowledge. It makes money by aggregating information and selling it to companies interested in creating products for those patients. This was cited by Michael Skoler as an example of deep thinking about community and value. He says: “If journalism thought about stakeholders as much as about the news it wants to report, then I think you will see creative new businesses.”

Red Hat came up in the forum as one example of a business that earns billions by selling support for a free product, Linux, which is in turn developed and maintained largely by volunteers.The professional open-source business model has been around for a long time in software. What might it look like in journalism?

News games Budget Hero and Consumer Consequences are just two examples of a growing industry of using games to cover issues in the news.

The following are some articles and tools that support collaborative work.

If you found this list helpful, you may want to check out other resources produced from the JA and Collab/Space discussion on revenue and collaboration.

Collaboration summary: The costs and benefits as discussed in the forum
Exposure and a chance to innovate emerge as major collaboration benefits. Weigh against the challenges in this readout from the JA collaboration & revenue conversation.

A recap of the forum’s first live chat, with Trevor Aaronson of the Florida Center for Investigative Reporting and Michael Stoll of the San Francisco Public Press
Is collaboration in journalism a bonding or a business relationship? Two journalists running nonprofit startups offer sharp insights, experience, and imagination.

Full forum discussion
Building from the energy of a MediaShift/UC Berkeley Investigative Reporting Project event, this post-conference conversation sparks exploration of the business side of collaboration in journalism.

The forum in Storify:
Bringing the JA forum to life across the social spectrum, we’re plugging in Storify to offer one more way to participate or follow along as our story unfolds.