As the ‘Friction-Less’ Web Grows, Friction Against It Does Too 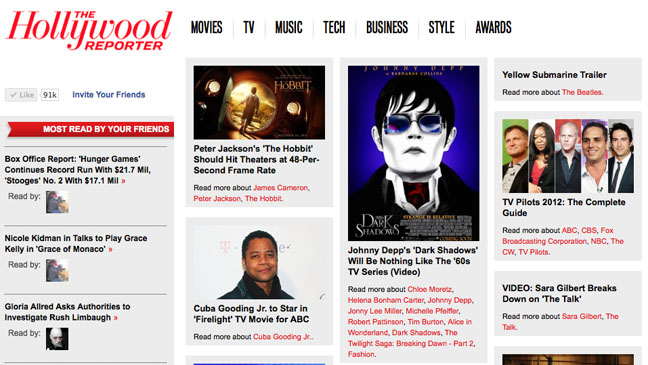 Control over our public image is incredibly important to us — from the clothes we decide to wear each morning, to the music we blast loud enough for street-goers to hear, to the very words we speak aloud to our friends, bosses and strangers.

Often, they’re carefully chosen within our rooms, our headphones, and our minds. We need these private labs.

Friction-less is "a euphemism for silent total surveillance." -Adrian Short

But what if we lost these laboratories? What if every contemplation, every experiment, everything you did, was public?

That, some argue, is the future of a “friction-less” web — a kind of stream-of-consciousness for the virtual world.

That story you just read about Kate Winslet being photoshopped? Just by reading it, you told every one of your 700 Facebook friends that you read it. Was it really something you wanted to share? On the friction-less web, that may no longer be your decision. And that is what has critics worried.

The mega-success that is the WaPo Social Reader

ADVERTISEMENT
The standard language on a social reader app.

Last month, the WaPo Labs digital team, which researches and tests out digital innovation for the Washington Post, continued its tour of universities at the University of Southern California, where I study.

The pride and joy at WaPo Labs is the Social Reader, a free Facebook application that allows users to read Washington Post news from friends, and automatically share those stories. Once a user agrees to the terms of the app, every time he or she decides to click on a Washington Post article within Facebook, it’s shared with all his or her friends.

For the Washington Post, it’s a goldmine. Just look at these staggering numbers from the few companies that first took up the technology. The more sharing of their content, the better. And for now, WaPo is among only a few news organizations (The Guardian, Yahoo News, Wall Street Journal) and social media companies (Spotify) that use friction-less technology. That number, however, is quickly growing, particularly as Facebook’s Open Graph aspirations are taken up by more and more developers.

If WaPo Labs’ visit and its presentation to USC was any indication, the Social Reader has been a mega-success for its news organization.

The term “friction-less” is fairly new. Facebook CEO Mark Zuckerberg first used it at the company’s f8 developers conference in late 2011 while unveiling Timeline — a dramatic redesign of user profiles. Zuckerberg described the new experience of using Timeline as “real-time serendipity in a friction-less experience.”

It all goes in line with the company’s belief that privacy will become obsolete in the future.

Well, the term caught on. Now, it’s got people thinking it will become necessary for companies online.

Simply put, friction-less sharing means you don’t have to manually cut and paste a link into the “update status” box at the top of your Facebook profile, and then hit “post.” For now, the auto-sharing is contained within Facebook, but it’s likely to spread.

It’s “a euphemism for silent total surveillance,” developer Adrian Short wrote in his post “It’s the End of the Web As We Know It.“

The worry? What happens when all companies, including news organizations, are using friction-less sharing? And, will there be a day it becomes mandatory?

One day, we’re dependent on social media, ruled by a few companies. Every click we make is information beneficial to those companies. As a result, every click — your digital footprint — is shared, and then archived. There will be a day when friction-less sharing is so prevalent, and so important to companies, you will no longer have a private laboratory on the Internet. You will forget which terms you agreed to. Every click will prompt you to ask, “Will this go out to all my friends?”

Sure, upon first agreeing to the terms of the Washington Post Social Reader application, you are making a decision. Beyond that, you’re not making any decisions — about what to share or with whom to share it. You’re only deciding whether or not to read content.

(Jon Mitchell of ReadWriteWeb this month also panned the WaPo reader, as well as other “social news” apps.)

If you were worried about that pain in your chest, would you still read that WebMD article on heart attacks? Wouldn’t your family, friends, co-workers worry for you?

If you were gay, but not out, would you look up gay bars and clubs on the Internet, or read articles on gay rights? What if others found out?

If you were sexually assaulted, would you stay away from crisis and treatment-center websites? Would you read articles about people who had triumphed over similar atrocities?

Fear would drive us away from a lot of things on the web.

However, as usually is the case, there is another side to the “doomsday scenario.”

As one commenter to Short’s article put it, “Social media is evolving, but as people with free will, we collectively decide the direction it navigates. Now, this is where your article comes to play. You have raised a point, and people will notice soon enough. We owe it to posterity not to create monsters.”

It’s inevitable as friction-less sharing gains notoriety, and more and more companies install WaPo Labs’ social readers, a public friction will arise, and push back. Users, to an extent, will enjoy the ease of web surfing and sharing, without the hassle of manually working the “update status” input box. The idea that we all are Truman Burbank, living out our lives for the public spectacle, plays strongly to our egos.

But we need our private laboratories.

Already, the White House has unveiled its blueprint for a “Privacy Bill of Rights” to protect consumers online, including the “Do-Not-Track” technology that Google, surprisingly, has agreed to.

For now, online privacy is a growing concern, but friction-less technology is about to drive it to the very top of our concerns.

In the future, we will need to continue to balance our insatiable desire to share life experiences online, with our need for privacy and experimentation away from public scrutiny.

But now, we also have to contend with the bottom line-driven interests of companies that can benefit — in some cases hugely — by making public our once private laboratories.

Dan Watson is currently the editor-in-chief at USC’s innovative digital website Neontommy.com, the nation’s most widely trafficked college news site. He leads a staff of more than 50 editors and 100 reporters. Before returning to school to get his Masters in digital journalism at USC, he was an assistant sports editor for a series of newspapers on the beautiful Central Coast of California. Dan got his B.A. in journalism from Cal Poly, San Luis Obispo, where he was editor-in-chief of the college newspaper, and launched its first true news site. Shortly after its launch, it was named the nation’s No. 1 college news site. He has worked for five newspapers, and is currently a Carnegie-Knight fellow reporting on the 2012 presidential election for the Guardian.