Creating a Taxonomy of News Partnerships 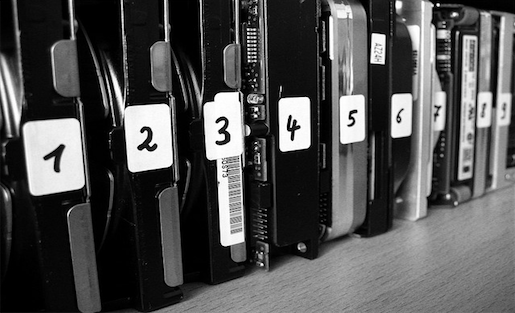 In collaborative journalism right now we can see media theorist Clay Shirky’s urge towards vast experimentation manifested. The journalism partnerships emerging around the country vary in size and type, and the practices that define those partnerships are still being negotiated and hashed out in newsrooms and communities.

The diversity in approaches to collaborative journalism is one of its strengths -- and one of its great challenges."

This diversity in approaches to collaborative journalism is one of its strengths — and one of its great challenges.

Journalists, editors and managers at news organizations are trying to navigate the parameters of these new kinds of partnerships as they happen. Developing a framework to categorize journalism collaborations is useful as practitioners look for lessons and models to replicate and build on. The dynamics between different newsrooms, and their various motivations for partnering, shape how a given collaboration is structured. While some collaborations may defy categorization, a few basic partnership models have emerged:

This taxonomy focuses primarily on editorial collaborations around the production of specific news products; however, each collaborative model listed above also encompasses cases in which news organizations can and do collaborate around shared infrastructure. Examples of infrastructure-driven collaboration include: broadcasters sharing equipment, such as news helicopters; two non-profits sharing the costs of developing a mobile app; and universities acting as fiscal agents for journalism organizations. Organizations like J-Lab, the Media Consortium and the Investigative News Network are all helping facilitate both editorial and infrastructural partnerships.

Too often, in debates over the future of journalism, we get caught up looking for a silver bullet — the one business model to rule them all. Some debates about collaboration echo this narrow focus, assuming there will be a universal set of practices or guidelines that newsrooms can replicate and scale across the country. The categorization above should highlight the vastly different approaches to journalistic collaboration that exist.

We are still at the early stages of experimentation with large- and small-scale collaboration across the news and journalism ecosystem. Partners differ, motivations differ, needs differ and funding differs. This list isn’t meant to suggest that news organizations only draw lessons from partnerships that most closely resemble their own — indeed quite the opposite is true: We should be drawing on the lessons from across models, but we should do so with an awareness of the unique context of each collaboration. Each of the various models outlined above present unique challenges and opportunities that deserve to be unpacked and detailed in more depth.

Do you think these five categories are comprehensive or would you add others? Or would you suggested categorizing collaboration more by the type of journalism than the structure of the newsroom? For example, we might reorganize the list above to highlight similarities and differences between collaborations organized around investigative reporting, niche journalism, covering local beats, etc. Let me know how you would organize the field in the comments below.

UPDATE (4/2/12): After publishing
this post I realized there was another model of collaboration that is becoming
more and more prevalent and isn’t well captured in the categories described
above. More and more newsrooms are partnering with nonprofits who are not themselves
journalism organizations. In some cases these public interest organizations are
actually advocacy groups. Increasingly, public interest and civic organizations
are producing significant amounts original content, crunching large data sets,
and helping highlight new issues facing communities. These partnerships
leverage that role, and help bring new expertise to newsrooms who may not have
concrete skills or experience covering a given topic or wading through certain
kinds of data.

"Times New Roman"”> – Partnerships between commercial or noncommercial
newsrooms and public interest organizations that go beyond using information
from the nonprofit group as a “source.” The most prominent example of this kind
of collaboration may be Wikileaks partnership with a range of major news
organizations around the release of their files. Similarly, just this weekend
the New York Times worked closely with the ACLU on a story about the use of cell phone tracking
by law enforcement. However, an even more in-depth example would be This
American Life’s partnership with NPR’s Planet Money and the Sunlight Foundation
for their in-depth look at money in politics. The
Sunlight Foundation helped analyze huge datasets and create maps and graphics
for the show and for Planet Money’s blog.

Josh Stearns is a journalist, organizer and community strategest. He is Journalism and Public Media Campaign Director for Free Press, a national, non-partisan, non-profit organization working to reform the media through education, organizing and advocacy. He was a co-author of “Saving the News: Toward a national journalism strategy,” “Outsourcing the News: How covert consolidation is destroying newsrooms and circumventing media ownership rules,” and “On the Chopping Block: State budget battles and the future of public media.” Find him on Twitter at @jcstearns.