Why Journalism Teachers Should Give Format-Agnostic Assignments 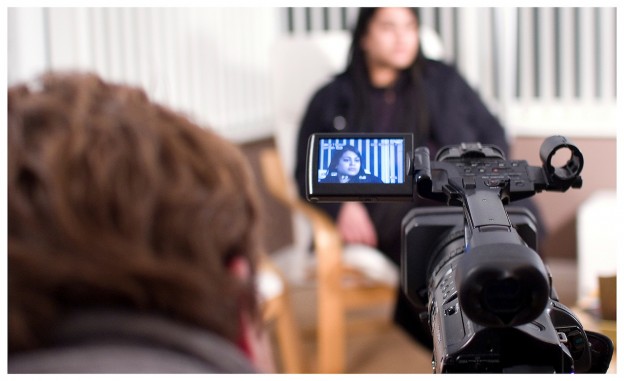 It has become a truism — if one not repeated often enough — that those of us teaching journalism are now preparing our students for jobs that didn’t exist when we started our careers.

That might make some think of social media editors, reporter-programmers, and community managers. But even among graduates whose titles would be recognized by the most grizzled veteran, there are more subtle changes in how today’s journalists tell stories that need educators’ attention.

Journalists have always reported, curated, edited and managed information in various ways, no matter what we called it."

Which is why for two years now, I’ve made all of my assignments platform-agnostic.

Several years ago, I realized that the format of the assignments I was giving my medical reporting students at New York University’s Science, Health and Environmental Reporting Program (SHERP) didn’t reflect what many of them would be doing once they graduated. I’d have them write a news story, usually for a consumer and then professional audience, a service piece, and an enterprising feature. The assumption, never really questioned, was that those would be text.

One year, excited about a video journalism class they had taken as an elective, some of the students asked if they could use video for one of the assignments. I certainly wanted to encourage my students’ initiative, but I had to think about it. I was concerned that the time students would have to expend on finding and shooting sources would divert attention from reporting, and I told them so. After all, this was a reporting class, one that emphasized skepticism and a hard look at medical evidence, and that needed to be apparent in all of their assignments. But if that was clear, I was happy to have video stories.

In the end, none of the students ended up using video as their medium, probably because editing video is so time-consuming. But it did get me thinking about how to reshape my assignments to be more flexible and allow students to flex their multimedia muscles. I told them they could do one assignment as something other than text. It was completely optional, and the reporting still had to be there.

Some students chose slideshows, which are of course popular at many websites because they drive so much traffic. Others created podcasts and videos. One even created a PowerPoint.

learning curves all around

At first, giving feedback on these kinds of assignments took some getting used to. I knew how to look for context and reporting in text stories. Reporting had its own watermark: “Dr. Source said in a telephone interview.” It wasn’t always that clear in a podcast, slideshow or video. But the assignments were good, and I was encouraged.

My students can create whatever story form they want, and many have taken advantage of the option. The pieces actually aren’t particularly difficult to give feedback on. As Gary Schwitzer of Health News Review recently wrote, the quality criteria for different platforms should be the same.

The shift in my syllabus reflects changes in journalism, and is even evident in how some organizations are reshaping award categories. The Association of Health Care Journalists, where I’m treasurer of the board of directors, made this change this year.

the rise of the infographic

What I found really encouraging this year was that a number of students chose to create infographics, another format that’s in high demand among potential employers. To be fair, I nudged them in this direction after one student, whose work I’ll describe in a moment, did so well with it. I liked his infographic so much, in fact — despite the potentially wince-inducing subject — that I asked his permission to share it with his classmates (and then for this piece).

In his infographic, which focuses on a study of a new drug for constipation, Ritchie S. King — now an intern on the New York Times’ graphics desk — managed to nail all of the tough but fair Health News Review criteria, an important mark of how well-reported the piece is. He did it in an engaging and even colorful way that presented important context such as side effects, costs, and conflicts of interest.

His use of graphics is sparse but effective. The “sweet spot” element is just perfect. And how can you lose when you have an excuse to include a stick-figure cartoon of someone on the toilet?

I’m singling out Ritchie’s work for several reasons, but all of the students who chose non-text media did well with it, putting their creativity to work. As with all of my classroom experiences that have worked, I learned at least as much as my students did.

Journalists have always reported, curated, edited and managed information in various ways, no matter what we called it. What has changed over time, as technology gives us more options, is how we display that information to readers, viewers and listeners. And that will continue to change, just as predicted by the “medium yet to be invented” clauses in contracts that drive writers batty. We should prepare our students for whatever might come next.

Ivan Oransky, MD, is the executive editor of Reuters Health. He teaches medical journalism at New York University’s Science, Health, and Environmental Reporting Program, is the treasurer of the Association of Health Care Journalists, and blogs at Embargo Watch and Retraction Watch. He has also served as managing editor, online, of Scientific American, deputy editor of The Scientist, and editor-in-chief of the now-defunct Praxis Post. For three years, he taught in the health and medicine track at the City University of New York’s Graduate School of Journalism. Ivan earned his bachelor’s at Harvard, where he was executive editor of The Harvard Crimson, and his MD at the New York University of School of Medicine, where he holds an appointment as clinical assistant professor of medicine.