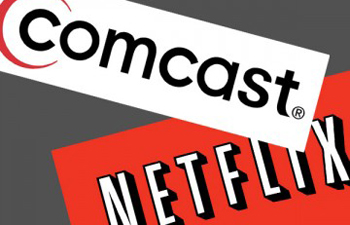 Welcome to the 39th episode of “The Mediatwits,” the weekly audio podcast from MediaShift. The co-hosts are MediaShift’s Mark Glaser and Brightcove’s Eric Elia, who is filling in for Rafat Ali. This week we convene a special roundtable to talk about one of our favorite subjects: cutting the cord to cable TV! We had hoped that a Comcast executive would join us, but he had to cancel at the last minute. Fortunately, we still had a stellar lineup of guests: Wall Street Journal’s Ben Schechner, NewTeeVee’s Ryan Lawler and Free Press’ Jenn Ettinger.

[Streampix] really isn't a direct competitor to Netflix. It's just a way for Comcast to sink their claws deeper into the consumer." -Ryan Lawler

The big news of the week was that cable giant Comcast announced its own streaming service called Xfinity Streampix, which is only offered to cable subscribers. They either pay $4.99 per month for the add-on service or it’s free for people in the higher tiers of service. Will it keep people from cutting the cord and dumping Comcast? Also, Google has been laying fiber optic lines in Kansas City for a test run of a possible pay TV service. What does the search giant have up its sleeve?

3:00: Eric tried to quit Comcast, but got an offer he couldn’t refuse

6:30: Call to cancel to get a better cable TV rate

11:20: Lawler: Not really a Netflix killer, but a way to keep people on cable

15:10: Eric: Too expensive for a competitor to lay their own cable to compete

Can we get shows on-demand?

18:00: Schechner: ESPN has contract that it has to be on all bundles

21:20: Still missing shows when you cut the cord

23:45: Disney has no interest in breaking apart the cable bundles

24:10: Could Google be a viable competitor to cable?

26:10: What about original shows produced by Netflix, Hulu?

29:30: Many people don’t realize they can get HD broadcast channels over the air

Comcast Takes Aim At Netflix With Streampix at Multichannel News

What does Google Fiber mean for the future of TV? at NewTeeVee

When does sharing become stealing? at NewTeeVee

Don’t forget to vote in our weekly poll, this time about cutting the cord: