Why Training Citizen Journalists Is So Important After the Arab Spring 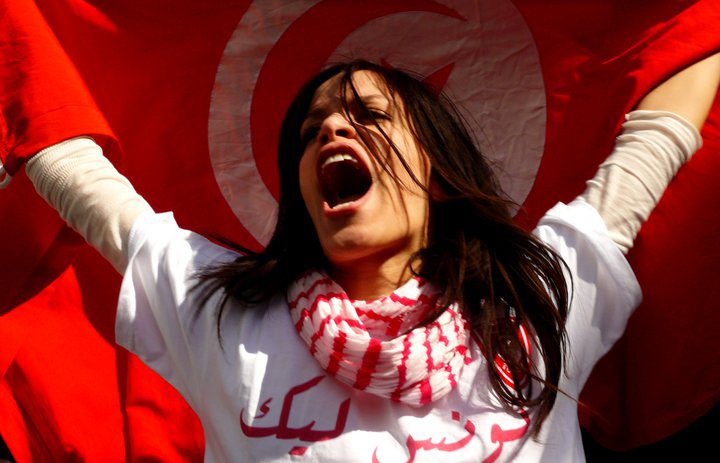 Protests erupted in Tunisia after a Tunisian street vendor set himself on fire on December 17, 2010 to protest government harassment and humiliation. His act of defiance launched the Tunisian revolution and, later, the Arab Spring. Photo by Hemideddine Bouali

Tomorrow (Jan. 14, 2012) marks the one-year anniversary of Tunisia’s liberation from 23 years of oppression under dictator Ben Ali. It was a liberation sparked by one man’s shocking public protest against injustice through self-immolation and fueled by the power of citizen journalism and social media. During the last months of 2010, Tunisians captured footage of protests and government oppression and shared them with thousands via Facebook, YouTube and Twitter. Within weeks, similar protests sprang up in Egypt, Libya and other Arab countries, giving birth to the Arab Spring.

With the power of the media now in the hands of every citizen with a smartphone, questions about ethics and accuracy are working their way through the journalism industry — how do we know what we see on YouTube, Facebook and Twitter is true? Who are the media watchdogs for a form of journalism rooted in unedited immediacy?

"Tunisians today believe in the role of citizen journalism in preserving freedom of speech; however, we need it to be an efficient and credible institution and not a double-edged sword." -Fatma Mokadmi

For many of the Arab Spring countries, the press has long served as an arm of the government. As the doors to freedom and democracy swing open in the wake of revolutions, a flood of citizen journalists rushes in to take the place of media outlets held up by old regimes. But without training in ethics, accuracy and production skills, these new citizen journalists risk becoming puppets of influential businesses, organizations and new governments yet again. As Fatma Mokadmi, vice president of Tunisian PaCTE (a citizen organization formed after the Tunisian revolution to help build a democratic Tunisia), shared with me recently:

“Tunisians today believe in the role of citizen journalism in preserving freedom of speech; however, we need it to be an efficient and credible institution and not a double-edged sword.”

As a photojournalist and journalism instructor, I often work with underrepresented groups to help empower them to tell their own stories through digital media. My work is part of a burgeoning trend in journalism training for the masses. Organizations like Newsmotion.org and People’s Production House have teamed up to train underrepresented communities in the U.S. and abroad and distribute their stories online. Al Jazeera recently launched Somalia Speaks, a pilot project aimed at telling the stories of seldom-heard Somali citizens via SMS.

Before their first interview with a car washer in Beni, Rachel Zawadi Nasekwa and Adelphine Angemito Tebungagi plan their strategy. Photo by Anne Medley.

Two years ago, as civil unrest began to brew in the Arab world, I was returning from three months of teaching multimedia journalism in the Democratic Republic of Congo, a country plagued by civil war and injustice for decades. I went to teach students at a small university in war-torn North Kivu province the ethics of journalism and multimedia, so they could begin to report and share stories about their own communities with the rest of the world.

In Congo, I watched students learn to report on the truth in their communities and to tell the stories that they considered to be important, not only the stories the West has grown accustomed to hearing — stories of rape, violence, war and corruption. In return, my students taught me about human resilience and the ability to affect change in the face of oppression. Their stories, posted on a website created for the project called Congo in Focus, reached well beyond the borders of Congo and continue to do so today.

Learning how to be a journalist in the field, second-year student Daniel Kisuba Muliro shoots photographs in Beni, DRC for his first multimedia story, a piece about a local mechanic. Photo by Anne Medley.

During our three months together, my Congolese students learned that a video journalism story isn’t the same thing as a Hollywood film. They learned that taking a strong photo takes time and patience; that staging photos or asking subjects to perform an action for a video shoot isn’t ethical journalism. And they learned to make mistakes and learn from them. Last month, I wrote Francine Nabintu, one of my former students, to congratulate her on an election piece she photographed and reported for PBS NewsHour about the recent elections in the Democratic Republic of Congo.

Her response reminded me of why I love teaching in underrepresented communities:

“You inspired me in everything I’m doing today. I will never forget your encouraging us by saying ‘try again.’ You taught us to trust in ourselves.”

The fact that NewsHour chose to highlight a story reported, written and photographed by a Congolese instead of a foreign correspondent in Congo brought the point of my teaching journalism in Congo full circle.

As protests and revolutions sweep across the Arab world, citizen journalism has become the primary source of news for thousands in the Arab world. With Speak Out Tunisia, my next citizen journalism training project formed in collaboration with Tunisian PaCTE, the hope is to begin to build a network of educated, ethical journalists across Tunisia who can continue to report accurately and fairly on their country, government and communities to the rest of the world.

Both the Congo and Tunisia projects grew from the same basic belief — that a free and democratic society begins with a free and fair press. But as I’ve collaborated with Tunisians these past few months to shape the Speak Out Tunisia project, I realize increasingly that this project will take a different form than Congo in Focus. There is momentum already. Tunisians were well-versed in using social media long before the revolution. The power of the people to capture and disseminate videos and photos via the Internet already exists. The goal of Speak Out Tunisia will be to harness that power and turn it into well-produced, ethical and balanced reporting that Tunisians can trust.

Khalil Ghorbal, a Tunisian living and working in the U.S. now and core member of Tunisian PaCTE, believes that building a network of well-trained, ethical citizen journalists is a first step toward building a strong press in Tunisia.

“The Tunisian press doesn’t need to be improved because it doesn’t exist yet. The media before the revolution was nothing but an arm of the dictatorship — shaped and managed to glorify a now-ousted scarecrow. Media has an important role to play in democracy. It is the watchdog that ensures that lawmakers adhere to their oaths to serve the people.”

Anne Medley is a photojournalist and videographer based in the United States. She teaches photojournalism and multimedia journalism at the University of Montana, the Freedom Forum Diversity Institute and the Rocky Mountain School of Photography. Medley has taught multimedia workshops in Europe, Africa and throughout the United States. Speak Out Tunisia is currently in its fundraising phase via Kickstarter.com. The project’s goal is to reach $19,000 before January 25.