Why We Teach Journalism to Specialists, Instead of the Other Way Around 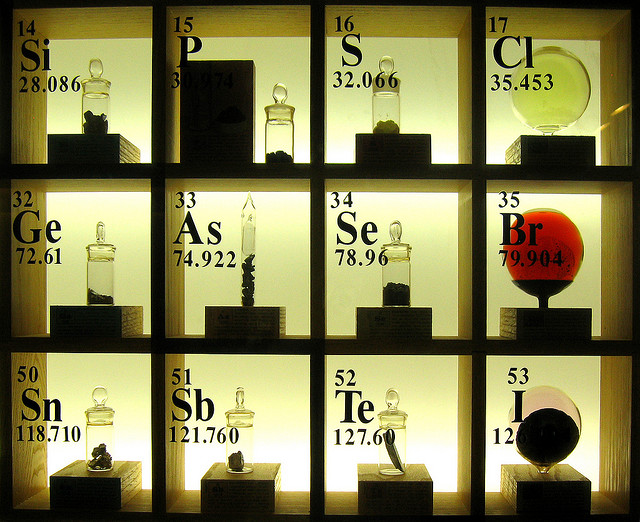 The reality, I've learned ... is that no one can cultivate real science or business reporters just by tweaking a J-school curriculum built for generalists."

After 25 years in and around journalism, my understanding of media changed with one table in the “2009 State of the News Media Report” by the Pew Project for Excellence in Journalism. Time Magazine and Newsweek each saw ad pages drop 19 percent in 2008, it said, while Motortrend gained 24 percent and Car and Driver increased 4 percent. If two auto magazines could grow their business in the very year that Chrysler and GM were headed towards bankruptcy, then specialized coverage had to be the most exciting place for a career in journalism.

Around the same time, the Knight Foundation and the Carnegie Corp. were pouring more than $6 million into 11 journalism schools for curriculum reform. By the time they reported on the initiative in 2011, none of the schools had changed much beyond adding some interesting specialty courses. They were still producing general-assignment reporters, not deeply specialized correspondents. In fact, quite the opposite occurred at some places: Columbia used the funding to design a new Master of Arts program that teaches mid-career journalists a range of subjects, but, as Dean Nick Lemann wrote, “What may have been somewhat sacrificed is (a) focus on the traditional beat reporting that had been Columbia’s hallmark.”

Now, the University of Toronto is cultivating specialized journalists in a different way and is on the verge of some striking results. In only eight weeks, more than 125 people from around the world have told us they’re applying for one of 10 Fellowships in Global Journalism, a program we’ve designed specifically for scientists, economists, business professionals, health professionals and other specialists who want to work as journalists in their own fields.

It’s not free — fellows must themselves pay $15,000 of the $35,000 per-student cost of the program — and it grants a fellowship certificate, not a graduate degree. Anyone who’s read our website also knows that, while we’re devoted to launching their careers in journalism, we don’t necessarily expect them to get jobs as reporters. This odd mix has struck a nerve: We have way more demand than we’d expected.

The reality, I’ve learned since reading Pew’s 2009 report, is that no one can cultivate real science or business reporters just by tweaking a J-school curriculum built for generalists. We have to embrace the distinct journalism careers these specialists are likely to pursue, and follow the logic from those careers back into a new curriculum.

In fact, if you want to produce specialist reporters, it helps to not have any journalism school at all.

Scientists, economists or doctors on their way into journalism need to study international relations, not journalism history. They have no time to write essays. And they have to know how to cover the very professions in which they are still working.

Cultivating reporters who have a practitioner’s knowledge of science, economics and other specialties is, of course, key for our profession as journalists. The stakes are also high for our societies, which face complex issues more openly and at a faster pace than ever before.

Scientists sometimes worry that uninformed journalists quote flaky arguments against global warming or immunization as if they were scientifically valid. And economic coverage is so simplistic, one leader at a major multilateral agency told me, that few people understand even the basics about their own government’s finances. That’s a major problem as governments around the world ask citizens to help them wrestle down debt.

But tenure and peer review make it almost impossible for universities to change any curriculum as quickly and thoroughly as J-schools need to change. Most J-schools have awarded tenure to generalists who once had newsroom jobs; they, in turn, teach young reporters to seek newsroom jobs as general-assignment reporters. And so it’s no surprise that Knight and Carnegie, having noticed the need for specialized journalism, then found big J-schools keen to just tweak their programs with a few new courses.

The University of Toronto’s Munk School of Global Affairs is starting from a different premise — and without the shackles of an existing J-school. Rather than teach science to generalists who are trying to learn journalism at the same time, we’re teaching journalism to scientists, economists and lawyers, and all sorts of other specialists.

That’s forced us to consider what a journalism career might really look like for such people. A few will get staff jobs, of course. But there aren’t many staff jobs for reporters focused on one specialty. On the other hand, swarms of niche services are popping up around the world to cover a huge variety of subjects. They all need specialized and reliable freelancers. Each gig may pay only a little. But scientists, economists, lawyers or other specialists can weave a portfolio of those strings into a living.

They’ll have even more opportunities if we help them carefully dismantle an old “Chinese Wall” separating professionals from those covering them. Working scientists like Jerome Groopman can cover medicine; working bankers can cover finance. In Toronto, a friend and one of many inspirations for our program — Andrew Heintzman — invests in green ventures as a private equity financier and writes about environmental issues as a journalist.

So there are actually lots of journalism careers open to specialists. Some will earn a living by freelancing full-time in their niche for strings around the world; others will freelance part-time while they continue to work in their profession; still others will get staff jobs as reporters or editors. And some will even launch their own media businesses in specialized marketplaces they know very well.

These different career paths led us to a new kind of curriculum. While most curricula include a short newsroom internship that complements classroom work, we’re turning the recipe upside down.

Our classroom work supports fellows as they juggle a portfolio of freelance strings around the world. Before classes begin, in fact, we will match each fellow as a specialty stringer to a major media partner — right now they include The Globe and Mail, The Canadian Broadcasting Corp., The Thomson Reuters Foundation’s Trustlaw, The Toronto Star, and Postmedia Network. Each fellow will also be pitching coverage to second strings, including The Washington Post, the British Broadcasting Corporation, The Financial Times and a Canadian journalism startup called OpenFile.

We’ll teach our fellows entrepreneurship and business management, rather than journalism history, so they can manage themselves as independent practitioners, start up a new news business in their field, or run a unit within an existing media company.

As independent practitioners, moreover, they’ll learn to work at a very high standard outside a newsroom (no mock-newsrooms in our program). They’ll be coached in writing, reporting technologies, and investigative techniques. Clinical social work professors will teach them how to do tough, intensive interviews. The same political scientists who teach graduate-level global affairs will teach our fellows how to think of their specialties as global beats. And an experienced foreign correspondent will mentor them on their own pitching, reporting and writing week-by-week in their own news bureau meeting.

Speed is key to all of this. Specialists, by definition, already have a career. They face a real opportunity cost when they step out to train as journalists, which is why our whole program has to be done in only eight months. Our fellows won’t do essays, homework, or critical reviews of media and society. As worthy as those offerings might be, our fellows will spend most of their time pitching story ideas, reporting them, running them, and then doing it over and over and over again. Any minute away from reporting, in a class, for instance, has to support that reporting.

About a year into our planning, we realized this kind of program could never be accredited as a graduate degree: There’s not enough theory, and there is no room for the rigidity of tenure. Our fellows will finish the program with a certificate instead — the way post-doctoral fellows or medical residents might.

But far more importantly, they’ll leave with a serious head-start in specialized journalism: the clippings, the working contacts, the skills and the peers to truly shape the coverage of their own fields.

Robert Steiner is the Director of the Fellowships In Global Journalism at the Munk School of Global Affairs, University of Toronto. He has worked with the The Wall Street Journal, the Boston Consulting Group and Bell Globemedia. He holds an MBA from the Wharton School at the University of Pennsylvania and has extensive experience as an advisor and speechwriter in Canadian politics. Follow him on Twitter @munkjournalism