For Better and for Worse: The Changing World of Science Journalism 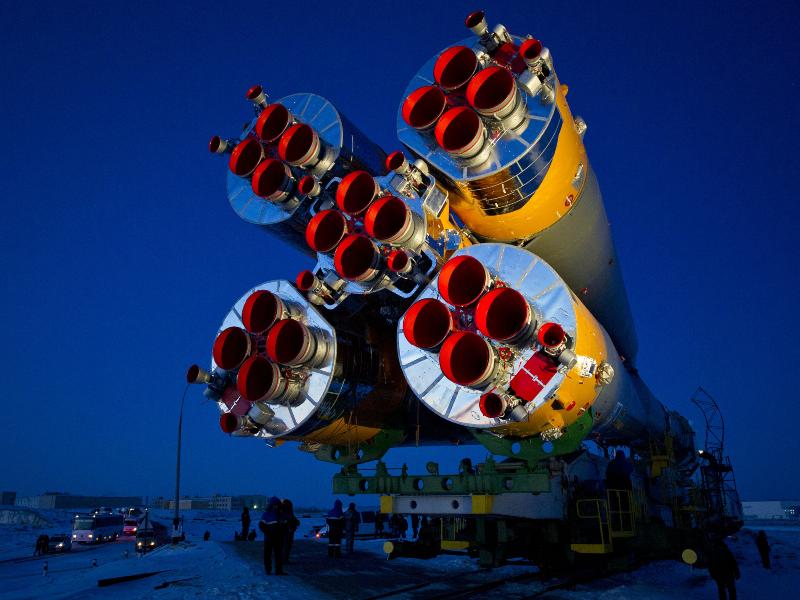 The Soyuz TMA-03M spacecraft is rolled out by train on its way to the launch pad at the Baikonur Cosmodrome, Kazakhstan, Monday, Dec. 19, 2011. Photo courtesy of NASA's image of the day gallery.

"In many cases, the audience is very much fragmented, and it's my sense that the audience gravitates to what they want to hear, rather than things that are annoying or they don't want to hear." -Tom Yulsman
ADVERTISEMENT

Jeremy Roberts sat still on the shore of the Bitterroot River, photographing a female kingfisher. The chunky, crested icon of anglers would seize a fish, fly away, then return to the same branch to fish again. Time and again she came and went. In addition to the other photos he took, Roberts snapped a picture with his cell phone and posted it to Facebook.

“Within 15 minutes of my posting it, a woman in Germany commented on it. And that blew me away,” Roberts said. “That bird was still wet, but this woman who was up late in Germany was aware of it.”

In that moment years ago, tucked away on a wildlife refuge, Roberts, a wildlife biologist turned conservation filmmaker, realized the potential for communicating science broadly with the technology many people literally have in their pockets.

“There are far more opportunities to be more involved with your own research through new media — podcasts, daily digests, updates,” he said. “It’s phenomenal, the changes in terms of permanent interconnectedness among communities.”

An entire ecosystem of science reporting has changed in response to these opportunities. The number of blogs about science, frequently written by scientists or groups of scientists, has exploded. Research universities and federal agencies are producing more user-friendly information packages about breakthroughs, sometimes skipping the journalist in news propagation entirely.

At the same time, journalists who pride themselves on adding value to news stories by providing context, clear explanation and critical perspective find themselves using exciting, new tools as well, but face a higher bar, tighter deadlines, and lower pay for their stories.

I recently spoke to several journalists and scientists alike to hear what the changing landscape looks like from their perspective, what trends they see emerging, and what it all could mean for how we create, consume and understand science news.

In 2005, fewer than three dozen newspapers carried weekly science sections, down from about 94 during the tech and science boom of the 1980s, according to a study by Cristine Russell for the Sorenstein Center on the Press, Politics and Public Policy.

Perhaps reflecting that decline in the number of specialized beat reporters and designated science news pages, scientists feel the press is doing a lousy job of covering their calling.

A 2009 study by the Pew Research Center found that scientists overwhelmingly feel the news fails to distinguish between well-founded findings and those that are not and that the public doesn’t know much about science.

A mountain of information, a fragmented audience

“Science and environmental journalism is a shrinking slice of a rapidly growing pie of communications,” said Tom Yulsman, co-director of the Center for Environmental Journalism at the University of Colorado, paraphrasing his friend, DotEarth-blogger Andrew Revkin. “There’s more communication going on now than there ever has been, but the people who are in a position to interpret it and tell us why it matters are in fewer and fewer positions to explain it to us,” Yulsman said.

This can lead to a mountain of information with few guides to navigating it all.

Scienceblogging.com is one of those few guides, attempting to bring order to the exploding blogsmos. It links to dozens of science blogs, primarily spawn of reputable mainstream science media or otherwise born of an impulse toward substantiated news-style blogging. That is not all blogs have to offer, of course.

“There are a lot of really good bloggers out there. There are also a lot of activists. There are some referees, people to interpret and make the call, that this is bullshit and this isn’t,” Yulsman said. “In many cases, the audience is very much fragmented, and it’s my sense that the audience gravitates to what they want to hear, rather than things that are annoying or they don’t want to hear.”

Audience fragmentation is a phenomena of the Internet, generally, but it is especially challenging to science communication because the whole point of science news is to broaden the conversation about new knowledge — to discuss the evidence, to evaluate its relevance and build new findings, perhaps even new policy, on top of recent findings and then repeat. People who lead that public conversation must be both confident and trusted.

Navigating the changes from within traditional media

There are still prominent mainstays of science journalism, such as the weekly science section of The New York Times, and prominent individuals, such as Juliet Elperin at the Washington Post. But the diaspora of science writers has individual arbiters of science seeking — and finding — opportunities in the growing parts of the communications pie.

Elizabeth Grossman is a seasoned science writer surfing, like most, the wave between old media and new. She writes books — her most recent, “Chasing Molecules,” is about the promise of green chemistry. But she also writes quick, precise online briefs geared to a very specific audience — she is a regular contributor to ChemicalWatch, a subscriber-only online publication, and to YaleEnvironment360.

In between, she finds it more essential than ever to assert her expertise in order to write the feature news stories that are her bread and butter. She must convince a publication that a story is not over just because it has been written as breaking news and distributed, aggregated and reposted. That recycling of aggregation can make news seem ubiquitous and old well before it has been subjected to a thoughtful discourse. News gets old faster than it used to.

“Often, there is not a lot of independent reporting,” Grossman said. “Things get picked up so widely that it does raise the bar. As a freelancer, I have to make it a value-added story with broader context. That’s not unique to science stories, but ideally, science is not something you report in a hurry.”

But those longer stories she writes also benefit from new-media tools. Stories are published almost immediately, a great improvement over the months’ delay of print magazines, she said. Hyperlinks add a layer of richness to stories by connecting readers directly to scientific studies and data. And immediate feedback from sources and readers creates a livelier sense of community.

Grossman said comments to stories can cut both ways. “It does remind you as a journalist writing about very complicated things that you have to be scrupulously accurate,” she said. “The language can be complex; words really matter. In the editing process, you have to be very careful that things are not simplified to the point of being inaccurate.”

video: straight to the source

Inaccuracy is the biggest beef scientists have with mainstream media coverage of their work. For every scientist whose work has been covered for a general audience, there is a story of facts gone wrong.

That is part of the reason Steve Running likes the trend toward videos that allow scientists to explain their work in their own words. A Nobel Laureate for his work on climate change modeling, Running trusts that in the words of a good scientist communicator, the facts will be right and a researcher’s passion might enthuse the viewer.

“I think that’s really effective,” Running said. “It puts a face behind the science. Here’s the person who did the research. You hear the passion in their voice about why they think this matters.”

He especially likes videos produced by the National Oceanic and Atmospheric Administration and NASA, but admits that not all scientists are meant for immediacy and the bright lights of video.

“I’ve seen plenty of scientists that would be just awful at it unless they worked really hard at it,” he said. “It isn’t for everybody.”

Which is what has drawn Jeremy Roberts out of his photography blinds and into the classroom. Roberts, who’s primarily a wildlife filmmaker now, has a degree in wildlife biology and worked as a researcher in the northern Rockies before earning an M.F.A. in science and natural history filmmaking. Combining those skills, he is beginning to offer seminars on storytelling for scientists, using language the researchers understand.

“My goal for these scientists is to learn a little bit of savvy in crafting and telling stories — to know that if you just commandeer a couple of these storytelling techniques, people will remember what you say and what you think,” Roberts said.

He has taught, or is scheduled to teach, groups such as the Society of Conservation Biology, The Wildlife Society and regional branches of the Audubon Society at gatherings where scientists come to share research with those who speak their language.

He explains the process of making a video — which can be trying for the subject of a film — and emphasizes how important it is for scientists to take off their white coat of authority and connect with the viewer on a personal level. And he uses his own science background to speak his audience’s language.

“We talk about the psychology of storytelling — the power of threes and triangles, the hard science of blinking and pixels,” he said. “I try to boil it down to the essence. In my mind, that’s what separates the human species from other species. It’s not about opposable thumbs. What’s very distinct is storytelling.”