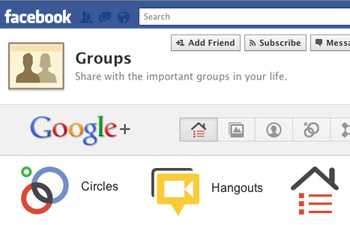 As professors teach students about best practices for using social media in journalism, there's one question every educator must tackle: Should teachers become Facebook friends with students?

Teaching journalism today requires an aptitude for learning new technology and experimenting with social media and mobile tools. It’s a rewarding challenge, a constant race to stay ahead of the curve. But while some might expect a challenge in staying ahead of students regarding social media, it can sometimes be the opposite.

Students are used to interacting with friends through social media, but using it for journalism isn’t always a natural instinct.

“For many, it is their first exposure to social media as a professional tool,” said Kelly Fincham, assistant professor who teaches online journalism at Hofstra University in Heampstead, N.Y.

I asked Fincham and others in the Social Journalism Educators and ONA Educators groups on Facebook about how students respond to professional training on social media.

Max Cacas, adjunct instructor at Phillip Merrill College of Journalism at the University of Maryland, said, “We are still in a transition phase where even our students, who understand social networks much better than their elders, still see the ‘social,’ and are still considering, along with us, how to integrate with our careers as journalists.”

But the bar is rising with each new semester. Karl Hodge, lecturer in digital journalism at Leeds Metropolitan University in the United Kingdom, starts his class with the impact of social media on news distribution. “I’ve run this for four semesters to different groups, and with each group it’s been an easier sell.”

Mary Pat Lichtman, faculty member of the journalism department at Central Michigan University, said her students are becoming more aware of the professional value of social media, “but they still aren’t sure how to apply it well or how to develop content that helps build relationships and trust.”

to friend or not to friend?

As professors teach students about best practices for using social media in journalism, there’s one question every educator must tackle: Should teachers become Facebook friends with students?

There seems to be no clear consensus on the question. Some opt for a hard-lined approach like online journalism educator Mindy McAdams. Her Facebook profile makes her position clear: “Note: I always reject friend requests from students unless they have graduated. (Don’t take it personally!)” Others I spoke to will accept friend requests only after grades have been submitted. Some do accept if the students initiate the request, but they won’t initiate themselves to avoid the appearance of favoritism.

Facebook may be the more complicated social media platform because people need to manage both personal and professional contacts in the same space. Twitter is simpler in many ways, and tends to be easier to use for professional purposes. Google+ has gained traction because its sharing mechanism is designed around the idea of separating professional and personal circles.

Professors can create a “closed” Facebook group and send students a link to it. Students can ask to join the group, and the teacher accepts their requests. All of Facebook’s primary multimedia features are available in groups: text posts, links, photos, video, documents and questions. Robert Quigley, multimedia journalism lecturer at the University of Texas at Austin, uses Facebook groups as the primary bulletin board for his courses: “The only required readings in class are blog posts and stories posted on the class Facebook group page.”

Facebook recently launched a new “Subscribe” feature that allows students to follow their professors’ public updates. This is an elegant solution that alleviates some of the pressure to directly connect as Facebook friends. It provides both a new method of professional interaction with students, but also gives teachers another way to enhance their own public profile.

Google+ is still new, but has some promising features for educators. The most unique is Hangouts, which allows 10 people to join a video chat. During the Hangout, the primary video screen changes automatically to whomever is currently speaking. Andrew Lih, associate professor of journalism at the University of Southern California Annenberg School of Journalism, uses Google+ Hangouts for weekly story meetings with students. It could also be used as a way for off-site guest speakers to interact face-to-face with students.

When posting text, links, photos or videos to Google+, you have to choose with which “circle” you want to share. If teachers created circles for their classes, it becomes much like a Facebook group. When sharing, Google+ offers the ability to notify those in the circle you’re sharing with that you’ve posted something new. But because the service is still new, Lih said, “students don’t live on it, and that means it’s a lonely ghost town when it comes to interaction.”

Twitter hashtags allow for ongoing class discussions. “Class interaction tends to be a little better on Twitter with hashtags, but it kind of varies class by class in terms of what gels,” said Carrie Brown-Smith, journalism professor at the University of Memphis. Donica Mensing, associate professor at the Reynolds School of Journalism at the University of Nevada, Reno, uses Twitter in large lecture classes for real-time feedback. But her experience validates Brown-Smith’s assessment that the success of these attempts depends on the makeup of the classes themselves. “It works occasionally,” Mensing said.

And with so many options to choose from, one needs to be judicious about how many platforms to use. It’s important to be explicit in terms of what you expect students to pay attention to. Mensing used Google+ this semester but decided it was difficult to maintain discussions on both Facebook and Google+. “I don’t think I would repeat that experiment,” she said.

The bottom line is that professors need to experiment with these platforms. Not only because they offer new tools to enhance the learning environment, but because social media has become a necessary publishing point for news. Creating accounts and experimenting is good, but not necessarily enough for success. It’s important that students become fluent in the vernacular of each platform. Teachers need to help students develop the critical thinking skills needed to evaluate the sources they find, and make smart use of each service to build professional profiles.

Nathan Gibbs is a multimedia educator who has taught courses at Point Loma Nazarene University and Platt College in San Diego, Calif. Gibbs is a member of the interactive team at KPBS where he has helped drive the station’s digital media distribution for the past seven years. He curates links on the intersection of media and technology for PBS MediaShift’s Daily Must Reads, Journalism Education Roundup, and E-Books and Self-Publishing newsletters. Gibbs posts tips for journalists on Twitter as @ModernJourno.