Do the Math! How Reporters Squandered the School Loans Story 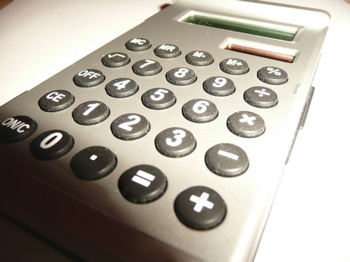 When President Obama announced his school loan relief plan at the University of Colorado, Denver, a few weeks ago, the mainstream media’s coverage followed three predictable trajectories that, for the most part, failed to accurately report the news for the majority of Americans — and instead contributed to the collective spin-as-news that’s all too prevalent these days.

This could have easily been corrected if journalists paid more attention to the math behind the news. But, most didn’t, offering further fuel — especially in the wake of some big snafus in coverage of the “Occupy Wall Street” movement — for the argument that in this changing media climate, mainstream news organizations just don’t get it.

The smart conservative commentators figured this out, and realized that good math is ideologically neutral."

Some student loan plan stories hewed closely to Obama’s speech, and talked about students paying 10 percent of their discretionary income versus the current 15 percent, and being able to discharge their loans after 20 years rather than the current 25.

Others were primarily follow-up or reaction pieces that featured college students from all over the country talking about Obama’s plan.

The final, and most pervasive, type of coverage was commentary where pundits assessed the impact of the plan subjectively.

All of these approaches — save for a piece in The Atlantic by Daniel Indiviglio, who actually crunched the numbers — had serious deficiencies, be they mathematical or logical. Those deficiencies, whether sympathetic toward Obama or dismissive, worked against the objective reporting of the facts of the program and its impact on borrowers.

Even some of those who bought the press release, the speech, and the photo-op, complete with the president’s attempt to align himself with the vox populi, through an anecdote about he and the first lady paying off $120,000 of school loan debt in 10 years, went out and did some reporting. But despite their good instincts, they didn’t accurately measure the plan’s impact. Although Indiviglio calculated that Obama’s plan would save the average borrower $4.00 to $8.00 a month (note the position of the decimal point), most stories were full of hyperbole and generalizations that reflected a lack of understanding of the plan on the part of reporters and their subjects.

Consider an AP story filed as breaking news that suggests:

Student loan debt is a common concern voiced by Occupy Wall Street protesters. Obama’s plan could help him shore up re-election support among young voters, an important voting bloc in his 2008 election. But, it might not ease all their fears.

The piece then quotes an undergraduate who owes roughly $40,000, and who thinks that the plan is “a really big deal,” yet still wonders how she’ll make any school loan payments if she can’t find a job.

An Iowa television station takes a similar tack with a story that’s optimistically titled “Help On The Way For Students Drowning In Debt.”

A piece in the Reading Eagle tells the tale of an undergraduate with little in the way of job prospects who owes upward of $100,000 for her liberal arts degree from a moderately selective college.

‘I am so worried,’ 21-year-old Shannon Rowe, a theater major at Albright College, said Wednesday in a hallway lounge waiting for her next class. ‘This is a double-edged sword. We have to find a job and we have these huge loans … I don’t want to have to work at Wal-Mart to pay off my loans. I owe $100,000. I would like to get a job directing or teaching at a university.’

After the initial wave of good old-fashioned follow-up reporting that attempted to gauge a response to the announcement, the pundits and commentators ramped up the chatter and added to the spin.

Michelle Bachmann, assorted Republican politicians, and conservative commentators criticized the plan. Fox News ran an absurd story about a theoretical, and by no means representative, undergraduate named “Suzy Creamcheese” who racked up $212,000 in debt at George Washington University before taking a $25,000-a-year job as a social worker, and sticking the taxpayers with a bill for the balance — around $183,800 after 20 years (not including compounded interest).

The New York Times had a bunch of experts weigh in on the plan in their Room For Debate section. As a whole, they didn’t seem to be any more inclined toward doing the math than the Fox commentators, or the assorted undergraduates polled on quads or in auditoriums at schools across the country. Rather, they articulated a wide range of college expense and loan-related issues that warrant our attention, including rising college costs generally; borrowers’ lack of awareness of the income-contingent repayment plan; and predatory lending.

One, a senior fellow in economics at George Washington University, assessed the plan accurately without discussing specifics, and called it, “minor changes in the rules,” and “a step in the right direction.” Another conservative academic from Ohio University questioned its legality, implied that the plan amounted to subsidies for the rich, and wondered:

Since over one-third of college students from families with annual incomes over $100,000 have student loans, is it appropriate for our financially strained government to show preference in government entitlement policies to a pool of persons who are not at the bottom of the economic ladder?

The writer obfuscates, and ignores both the working poor, who get federal and state need-based grant aid like Pell Grants and New York’s TAP in addition to loans, and, most problematically, the lower-middle class, who are borrowing the most, as they’ve been doing for decades, because they’re too well off to qualify for Pell Grants, and too poor to write a check to the bursar’s office. This number is creeping north, as middle class and upper-middle class millennial students are forced to borrow more, like their striving lower-middle class forbearers of Gen. X and Y, and it’s likely responsible for the confluence of public and private school students at Occupy Wall Street that the Huffington Post notes in similar, search engine-exploiting, stories from the same author.

But the news here is that based on Indiviglio’s calculations, despite the fact that it may or may not have been a response to MoveOn’s School Loan Forgiveness initiative that was making the rounds on Facebook last month, or to Detroit Rep. Hansen Clarke’s H.R. 365, Obama’s plan is unlikely to help many people. The public is better served if the pundits, like the on-the-ground reporters at regional dailies, make this point abundantly clear, and objectively assess what the president is proposing based on interviews with informed sources — be they students or experts.

Or, if they sit down with their own Sallie Mae payment books, and loan terms, and see if they can figure out what the plan means for them before they begin to report. The smart conservative commentators figured this out, and realized that good math is ideologically neutral.

For reporters, the stakes have never been higher to get it right. Take, for instance, Dalhia Lithwick’s excellent Slate column, which attacks the mainstream media for criticizing Occupy Wall Street (OWS) for not having demands, and predicts the MSM’s demise as a consequence.

The New York Times reported a gossipy series of stories on OWS that implied that they may have been having sex under those dirty blue tarps, and drinking Guinness even, that they’d been invaded by homeless people and that they weren’t diverse enough.

In defense of the MSM, Occupy coverage is tough. There are people involved. And the issues, like the granite in the park, are slippery. But the student loan plan, in contrast, should be much simpler to get our heads around. It’s math.

Most basically, as the fourth estate, the press exists and flourishes as a useful commodity because it adds value and protects our democracy from corrupt politicians on the one hand and unchecked corporations on the other.

Journalists unfortunately have a high-profile record of steering them wrong in recent years: on yellow cake uranium and on weapons of mass destruction in the run-up to the war in Iraq; on global warming; and, at least according to anyone who’s taken a walk through Zuccotti Park recently, on OWS.

The least we can do, even if we’re in Lawrence, Kan., or Reading, Pa.., or in Wilmington, Del., is to do the math. It’s a step in the right direction, and it won’t aid and abet spin.

Obama may be taking game theory to its most absurd and cynical, in that he’s smart enough to know that this windfall from Uncle Sam is not likely to bring the people camping out at OWS home anytime soon, or to guarantee that they vote for him or vote at all.

What, then, is the plan all about? Likely, it’s about Republicans like Bachmann taking Obama’s bait, criticizing the plan as “socialism,” and looking more ridiculous than he looked for suggesting it. And it’s about Obama getting points for trying.

Journalists shouldn’t help Obama or Bachmann by perpetuating vagueness that allows the spin to sneak in and that causes readers to think that we’re part of the problem.

[This piece was edited to correct the writer’s own bad math].