The Book Publishing Industry of the Future: It’s All About Content 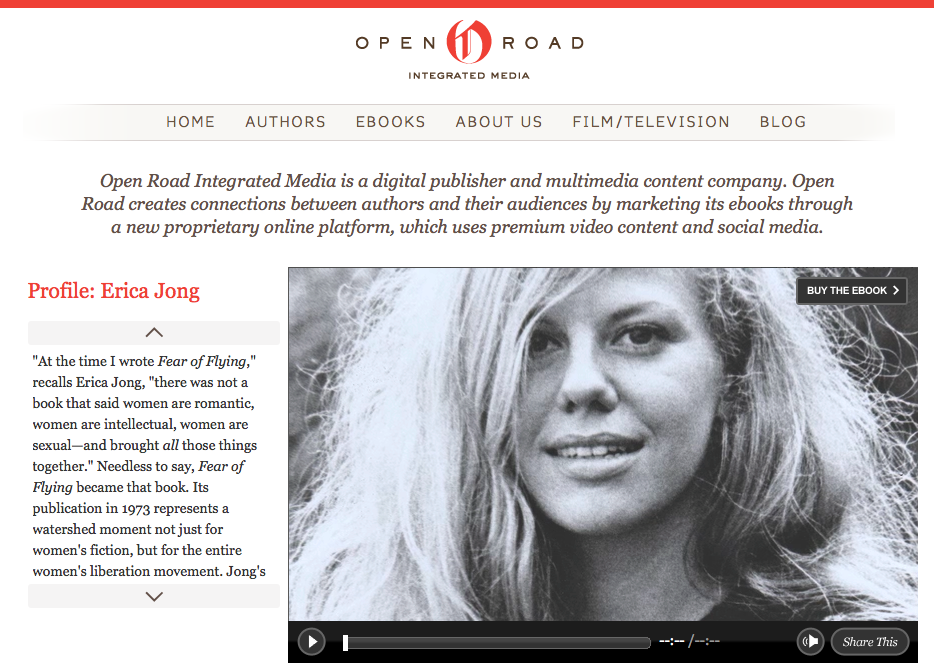 This week on MediaShift, we are exploring the dramatically changing publishing industry in our “Beyond the Book” special series. Stay tuned for more pieces like this one in the coming days. Sign up for our new weekly newsletter on e-books and self-publishing here.

I studied book publishing in graduate school, an aspiration that seems a tad shortsighted these days. At the time, however, it was the career that I wanted to pursue wholeheartedly.

On the first day of my book publishing overview class, the professor spent a significant chunk analyzing the industry’s business model. Now in retrospect, it makes sense that he would do this then, so that we all knew fully what we were getting into.

I was dumbfounded. I majored in business as an undergrad, and even in the brief time I had spent in corporate America, I knew that the publishing model was problematic: A business that for the most part, operated on consignment and expected on average 40 percent of shipments (books) to come back? A business that too often printed more than it needed and ended up taking a loss on unsold books? A business that issued cash advances without much analytical foundation? A business that partly dealt in taste, but had no formal direct-to-consumer mechanism? A business with way too many expensive intermediaries?

It all sounded pretty bad.

Not much has changed since that day in class, and at the same time, a lot has changed.

Technology has swept through the last decade with supreme force, crippling many businesses in its path that stood resistant. After pouting around in its own stubbornness, the publishing industry has begun to sway and finds itself scrambling to keep up.

But unfortunately, these days, keeping up won’t be enough. Innovation, as in other businesses, and as I learned in one of my undergraduate introductory courses, is the foundation of competition, growth, and subsequently, sustainability.

And unfortunately, what book publishing sorely lacks is innovation.

These days, book publishing shouldn’t be looked at as the business of books, but rather, the business of content. If content is truly king, publishers are sitting on enormous gold mines, especially through rich backlists — and the goal should be delivering this content through reading experiences that match consumers’ styles and interests. Just as teachers deliver lessons that reach auditory, visual and kinesthetic learners, publishers should more deeply take advantage of the fact that some readers want to read on big screens, some on little ones, some like to be read to, some like to hold a book in their hands, and even more advantageous, some of us engage in all of the above.

As the executive editor of inReads, an online community dedicated to conversing about the changing face of reading that was recently launched by national public broadcasting leader WETA, I’ve had the pleasure to be introduced to a growing crop of non-Amazon companies that are doing things a little differently.

Open Road Integrated Media describes itself as both digital publisher and multimedia content company. Co-founded by book publishing veteran and former HarperCollins CEO Janet Friedman, the company was, in her words, “built from the ground up to take advantage of the revolution in our industry.” It’s partnered with traditional publishers to bring out digital editions. It’s partnered with individual authors, like Lawrence Block, who had unpublished material lying around, to release digital versions.

Open Road was one of the first, prominent companies birthed by a publishing insider with the foresight to move towards integrated media — it’s about the content first, platform(s) second. These days you see more publishers heading in this direction: fostering relationships with transmedia firms, creating digital-only imprints, and ramping up their mobile efforts.

“We publish a wide range of e-books from iconic writers, genre masters and emerging talent,” Friedman said. “But one thing is the same throughout — we aggressively market and promote our authors in order to connect them with readers.”

And here’s the kicker. No matter the platform, no matter the story, audience connection and engagement are the most important part of the equation.

Maybe that’s what’s exciting about Wattpad. It has many venues for writers to post their work online, both in dedicated writerly communities and others, like blogs that have been appropriated.

In that sense, Wattpad is not that different. Oh, but how different it is. Just to give you a sense of its uniqueness, I saw a presentation about the site, not at a book publishing event, but rather, at a transmedia Meetup in New York City.

Maybe that’s because Wattpad isn’t a book publisher. It doesn’t acquire content rights from writers. Instead, it describes itself as “a revolutionary way for readers to discover and participate in the creation of new stories. From the beginning, Wattpad has been an open platform allowing readers and writers to exchange stories freely online and through mobile devices.”

So if it doesn’t publish, why mention it here?

Lassam nails it: “We’re seeing a new dynamic appear in the publishing industry, to a relationship between readers and writers that is taking place through social media right beside the actual content of stories.”

Still, even with all this snazzy technology, it’s the stories that keep us coming back. And Byliner is aiming to capitalize upon that very fact.

Byliner, like Open Road, wants to be more than a publisher. The company, founded in 2010, also bills itself as a social network “built around great stories.”

As a publisher, it publishes original stories, called Byliner Originals, that range between 10,000 and 35,000 words in length. For the most part, all of the titles are digital, with some that are also published in audio and print-on-demand editions. The goal of the website is to allow readers to share and discuss stories and receive recommendations, while allowing writers to connect directly with readers.

John Tayman, Byliner founder and CEO, explained it like this: “Our approach is pretty simple: great stories, by great writers, told at their proper length. We want to take advantage of the swiftness that digital publishing allows to get these great reads in front of readers. Byliner’s publishing arm focuses on this entirely new category — stories that exist between magazine articles and conventional books. And that’s what every Byliner Original is: a well-crafted story by a great writer which can be read in a single sitting.”

Wait, books don’t have to have a page length divisible by eight as dictated by the laws of printing? And wait, people still like to read long-form articles?

Tayman continued: “What’s exciting is that even in this new and emerging space, it’s obvious that reader demand is there. You have Amazon in the space, with its Kindle Singles, Apple with its Quick Reads section of iBooks, and soon Barnes and Noble, too. The explosion in mobile reading and in tablets is only going to accelerate that growth and demand. That’s very good news — not just for Byliner, but for readers and especially for writers.”

Even with the challenges that traditional publishers face, it can’t be denied that this ever-changing landscape can also be embraced as a time of opportunity to connect directly with readers, cut out middlemen, and disrupt norms that are no longer relevant, so that this illustrious and important industry, which I still love wholeheartedly, can take its rightful position at the forefront of connecting great stories with readers.

Image for Beyond the Book series by Josh Mishell via Flickr.

Felicia Pride is a content producer and the executive editor of inReads. Visit her online at http://www.feliciapride.com and @feliciapride.