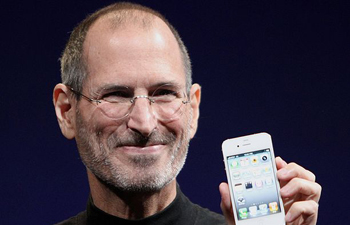 Photo of Steve Jobs by "Matt Yohe via Wikipedia":http://en.wikipedia.org/wiki/File:Steve_Jobs_Headshot_2010-CROP.jpg

Welcome to the 17th episode of “The Mediatwits,” the weekly audio podcast from MediaShift. The co-hosts are MediaShift’s Mark Glaser and Staci Kramer, editor of PaidContent, who’s filling in for Rafat Ali. This show looks at the week’s big changes in the media landscape. First, Steve Jobs announced he was stepping down as CEO of Apple, moving into a new position of chairman, while Tim Cook would become CEO. Next, Jim Romenesko said he was going into semi-retirement and would be leaving the column that has his name on Poynter.

"It's the end of an era where one person can make a huge impact in entertainment, in content, media industries, across hardware and software." -Staci Kramer

Third, Slate announced layoffs, including Tim Noah and Press Box columnist Jack Shafer, a longtime media critic. Shafer was a guest on this episode of the Mediatwits, talking about the situation at Slate and calling Romenesko a “great American.” But where there is change and the ending of eras, there’s always a beginning, too, so second guest Owen Thomas talked about his new venture, The Daily Dot, where he is executive editor. As a bonus, the discussion even went back to Shafer’s early profile of Suck.com back when Shafer worked at the SF Weekly (yes, he really did).

2:10: Rundown of stories for the podcast

6:00: Jobs made such a large impact in the media world

10:45: Staci won’t forgive him for not having removable batteries

15:10: Staci mentions that layoffs are happening all over in media

17:45: Mark wonders if there’s a change in media criticism

28:30: Daily Dot wants to write about people on the web

32:10: How do reach people in online communities?

36:10: Using a newspaper metaphor on an online news site

Steve Jobs and the sound of silence at GigaOm

Slate Lays Off Jack Shafer, 3 Others at Adweek

An Interview with Jack Shafer at Adweek

An Original Journalism Blogger Logs Out at NY Times

How the Romenesko years have changed journalism and Poynter at Poynter

The Daily Dot: Interesting idea, but not a great metaphor at GigaOm

Don’t forget to vote in our weekly poll, this time about what you’ll miss most about Steve Jobs: