How Important Are Writing Skills for Modern Journalists? 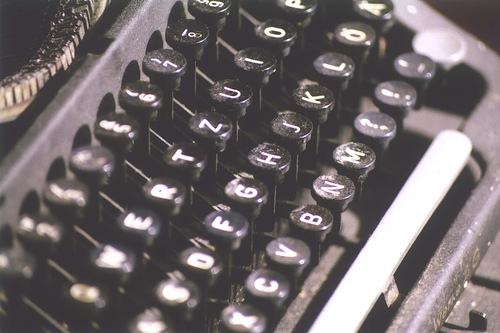 When I ask my university journalism students why exactly they want to be journalists, a majority tell me it’s because they “like to write.”

Considering most of them are in their 20s and grew up with the Internet, this response always surprises me. With a seemingly endless supply of emerging technology and digital storytelling tools at their fingertips, why pursue journalism exclusively for love of the written word?

Students say they pursue journalism because they love to write, but how much writing do they actually do?"

A love of writing is one of many reasons I chose to pursue journalism, so I understand where they’re coming from. But after working as a newspaper reporter from 2000 to 2004, I took a job as assistant editor at an online magazine in San Francisco, where my priorities shifted from words to podcasts and audio blogs. During a fellowship that followed at a national magazine, I took on all sorts of web duties: blogging, content management systems, video, digital audio, and visualized data projects. I continued to write, but it was only one of many daily newsroom tasks. The web was opening the floodgates in terms of how journalists tell stories, and I’ve been embracing it ever since.

I relocated from San Francisco to London nearly three years ago when my wife took a job here, and I’ve been lucky enough to take these web experiences and apply them to teaching postgraduate and undergraduate journalism classes at City University London and the London School of Journalism. Because students come to me for classes in online journalism — in which writing takes a backseat to widgets, HTML, audio, video, live-blogging, tweeting, and data visualizations — I often feel like telling my students who really love to write: “Sorry, you’ve come to the wrong place. The creative writing lecture is down the hall.”

Writing is low on the priority list in our online journalism classes, not because I want it to be, but because we’ve got limited time to focus on other things. During two-hour classes, students create individual or group websites and learn how to operate online content management systems. They produce audio slideshows, podcasts and videos. They join online communities or create their own. They gather raw data and use it to create online visualizations. They tinker with HTML and CSS, and dissect their website’s analytics, among many other tasks.

By the end of term, students will produce a body of multimedia journalism work and become active participants in an online network throughout which they can disseminate their work. Students complete many of our projects without writing a piece of text longer than an average tweet, which can be a major letdown for budding wordsmiths.

Wait, this is what I signed up for?

The student journalists my colleagues and I teach are not being trained to be writers; they’re being encouraged to become multimedia producers, mobile reporters, hackers, graphic designers, website scrapers, and web entrepreneurs. With these goals in mind, we give them tools to help them get started. But how happy are they about it? Sometimes, not very. This past term, student uneasiness and confusion over the online journalism curriculum became so heated that one large hall lecture was interrupted by a large group complaining that the assignments were confusing and did not benefit their journalism career ambitions. At least one special discussion session with an instructor had to be scheduled outside of lectures to soothe the tension, and I spent several subsequent classes explaining the purpose of the assignments, rather than teaching actual skills.

This incident made me wonder if we, the lecturers, are more excited about the possibilities of web journalism than the students are. Their dream to write is easily deferred by a curriculum that leaves little room for discussion about writing style and technique. We’re constantly telling them to write snappier, say what they need to with as few words as possible, and link to the rest, so how can they truly develop a unique writing voice in our classes? They need to do that on their own time or in another class, which inevitably causes some of them to then draw a line between “real” journalism and “web” journalism.

Maybe half of my students are from the U.K., and the others come from Europe, Africa, Asia, and the United States. Their online journalism perspectives vary greatly. Some have already created websites, utilize multiple social networks, can produce digital audio, and know Final Cut Pro. Some do not know what a memory stick is, what acronyms like “CSS,” “HTML” or “CMS” stand for or how to connect to WiFi. Some are eager to learn tech skills, but many spend a lot of time asking what all of these digital tools have to do with journalism in the first place, and are eager to get back to writing.

The strange thing is, when I do set aside time to discuss or critique their online writing, I’m surprised at how lackluster some of it really is. Many lack a firm grasp of the Who, What, Why, Where and How. They have a difficult time explaining seemingly simple but important details such as “what has happened?” and “why does it matter?” or “how did it happen?” and “who is affected?” When they do write, it often lacks specificity. For some, this is partly attributed to the fact that English is not their native language. But the majority of them are anxious to throw content up on the web quickly without properly explaining what the content actually is.

Some students, consciously or not, separate “online” journalism from “print” journalism because the former doesn’t involve the traditional type of writing they’re used to. If my students are a legitimate qualitative litmus test, it’s safe to say there’s a gap between student ideas of what journalism is, and how we actually train them to do journalism in 2011. Since we, as online journalism instructors, focus on instruments of technology rather than artful prose, there’s an element of confusion among students as to what online journalism really is. Is it journalism, or is it technology? For many, the combination of both is jarring, and bridging the gap between the two is a struggle, especially for aspiring writers.

Because of this gap, many students confuse online journalism with information technology or tech support, which makes me think that we need to do more to help close that gap. For example, one of my students, in a recent email request to join their LinkedIn network, included a message that sums up this confusion in one brief sentence: “Hi Gary, I was in one of your IT classes last year. Hope all’s well!”

I don’t teach IT classes. Or do I?

Gary Moskowitz is a freelance journalist based in London. He blogs for the New York Times and Intelligent Life and has written for TIME Magazine. He teaches at City University London and London School of Journalism. He blogs at blogowitz.com