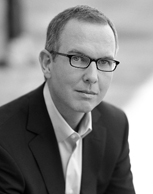 Welcome to the fifth episode of “The Mediatwits,” the new revamped longer form weekly audio podcast from MediaShift. The co-hosts are MediaShift’s Mark Glaser along with PaidContent founder Rafat Ali. This week’s show is about the various social media policies at news organizations, and how they vary from place to place. Plus, can media companies actually own the followers of popular reporters or on-air anchors?

"We sent William Vollman to Japan to the nuclear evacuation zone for two weeks, and he's writing about life within that zone." - John Tayman

Our guest this week is John Tayman, CEO and co-founder of Byliner, a new place for long-form journalism and storytelling. Plus, we follow up on last week’s episode about iPhones and iPads tracking people, and look at the MediaShift poll results.

Mark gets a new iPad 2

3:50: Rafat uses his iPad for early email and social media use in the morning

24:00: Tayman likes “feature” rather than “long-form” as a description for pieces

25:00: William Vollmann will report from Japan in the next Byliner original out next Tuesday

Newspapers and Social Media: Still Not Really Getting It at GigaOm

With three cups of luck, Byliner builds pre-launch buzz for its longform-focused platform at Nieman Lab

Q&A: Jobs and Apple Execs on Tracking Down the Facts About iPhones and Location at AllThingsD

Wrapping Up the Apple Location Brouhaha at NY Times

What Do You Think About iPhones Tracking You? at PBS MediaShift

Don’t forget to vote in our weekly poll, this time about social media policies at news organizations: