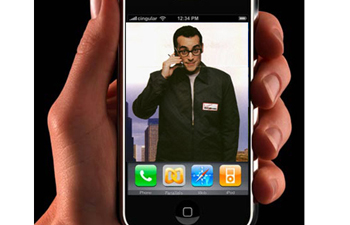 Yes, the Verizon guy will have an iPhone soon

Background music is “The iPhone Blues,” an adaptation by Mark Glaser of “Phone Booth” by the Robert Cray Band. Performed by The Temps.

Here are some links to related sites and stories for the podcast:

With Verizon’s iPhone, a rare example of customers getting what they crave at the Washington Post

Is Verizon IPhone Too Late For Apple? at MediaPost

The Verizon iPhone 4: Promising, but likely to be short-lived at Consumer Reports blog

Also, be sure to vote in our poll about the Verizon iPhone: