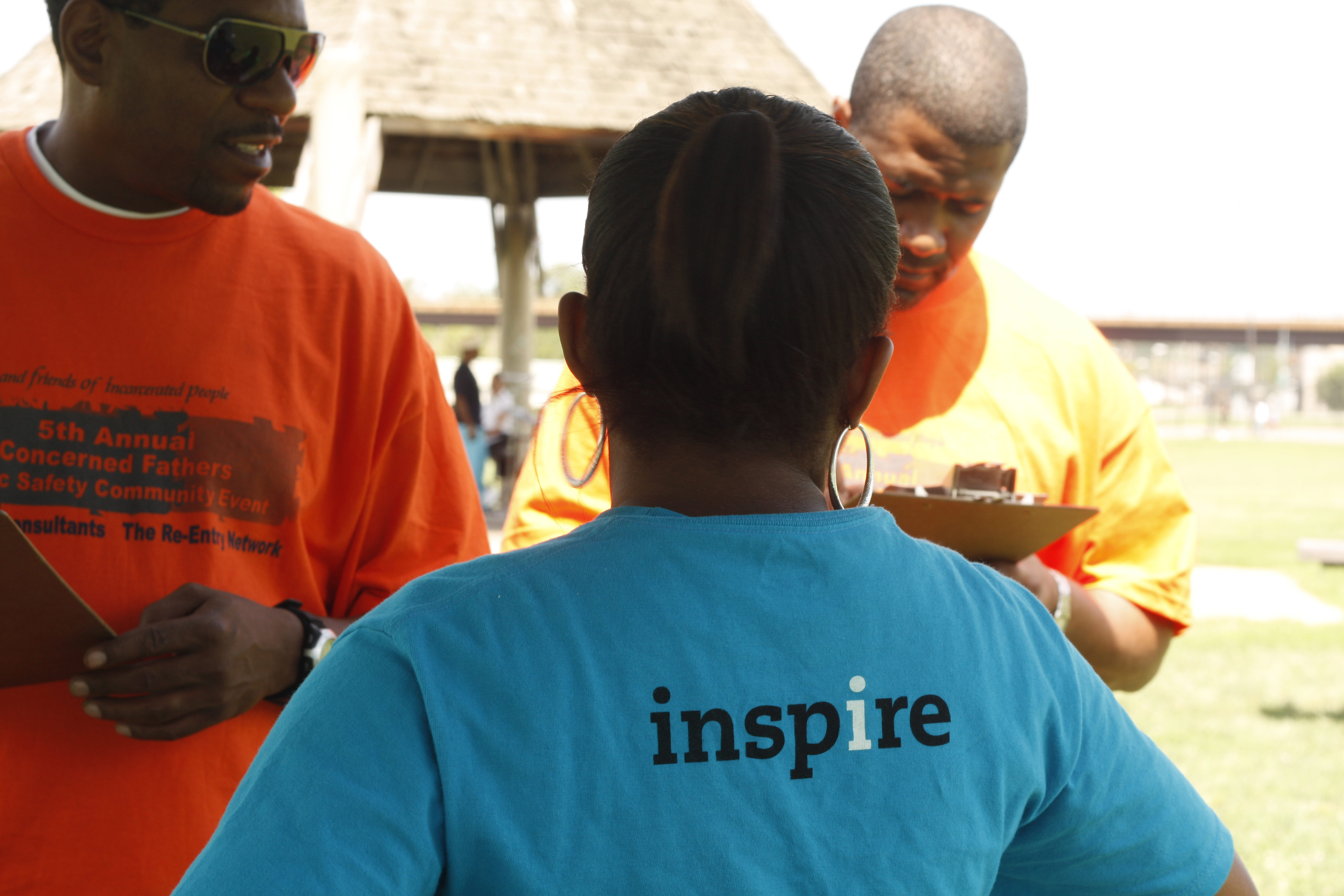 If there was a reality show about the Public Media Corps (PMC), the intro might sound something like this: “Here’s the true story of how 15 fellows, five public media institutions, three high schools, three community organizations, a library and a museum collaborate to bridge the broadband divide.”

Secretly, I wish there was a reality show about the project because I want to see how they’re making it work. Many public media projects claim “community engagement” as a priority, but few make it the centerpiece of their work. For the Public Media Corps, that’s never been an issue.

The PMC is a national service program that promotes and extends broadband adoption in underserved communities. It does so by placing technology, media production, and outreach fellows in residencies at underperforming high schools, public broadcast stations, and non-profit community organizations. The PMC evolved out of the New Media Institute, which was founded by National Black Programming Consortium (NBPC) in 2006 to train media makers of color in new media technology.

The NBPC launched the beta of Public Media Corps in Washington, D.C., this June. Since then, the group has worked steadily to collect information from the community to build projects based on the needs of people living in Anacostia (Ward 7 and 8) and in Columbia Heights, Mount Pleasant and Shaw (Ward 1) — neighborhoods that are home to predominantly African American, Latino and immigrant communities.

“The fellows are working in teams and using survey tools to gather more quantitative information about the ways in which people use the Internet and social media and what issues and information sources are important to them,” said Jacquie Jones, executive director of the National Black Programming Consortium.

Collecting such data can be challenging in a community where residents have limited Internet access. To encourage wider participation, the fellows created “Cool Spots.”

“Cool Spots are mobile Internet assessment hubs,” said Jones. “The fellows set them up at block parties, festivals, and outdoor markets and events where the public uses netbooks onsite to complete the online surveys and learn more about the PMC. The Cool Spots are also ‘hot spots’ with free Wi-Fi to promote broadband use.”

Starting this month, the PMC will begin using the data collected at Cool Spots to select three to four projects for the fellows and community partners to collaborate on and ultimately implement in communities for the final months of the D.C. beta.

Collaborating with a Cast of Dozens

Building trust and establishing communication channels are often the first challenges of any large-scale collaboration. With so many people, organizations and communities involved, I was curious to hear just how the PMC staff, fellows and partners were tackling it.

“PMC staff is in frequent communication with partners, stakeholders and the fellows through electronic means and meetings to discuss progress, performance, resources that can be shared and potential projects for the fall,” said Kay Shaw, director of Public Media Corps. “The fellows prepare detailed weekly reports and meet as a cohort every Wednesday to discuss their activities, share insights and challenges, site needs, and how to build more collaboration between partners. The staff and the Fellows look forward to these meetings because of their vibrancy and the information and ideas that are shared.”

The PMC experimented with several platforms for sharing information electronically. The two that stuck were Google Docs and Dropbox, a web-based file-hosting service that uses cloud computing to enable users to store and share files. The fellows use Google Docs to collaborate on writing projects. They post their weekly reports and media to Dropbox.

Ashley Mosley, a PMC fellow, video producer and community organizer, offered some perspective on the challenges and rewards of collaborating at this level.

“Collaborating with so many community groups has offered a broader perspective, because the personalities of the wards are so different,” said Mosley. “The most challenging aspect of this project is building trust within my organization. However, the challenge has been rewarding. Community members have invited me into their personal circles, hangouts, and meetings and they now feel more comfortable discussing the disconnect that they feel with both public media and digital technology.”

Another hurdle collaborations face is measuring success. When working with multiple stakeholders and communities, priorities have a tendency to become malleable and impact ambiguous. To keep the focus on results, the PMC has placed a high priority on collecting data throughout the six-month beta.

“While there is no dearth of projects or project ideas, how many projects can we definitively say have been successful on a large scale in diverse communities?” said Shaw. “That’s why we consciously decided to do the research and collect data first and let that inform the projects we would develop to ensure the best chance of gaining traction and making a significant impact in our focus communities.”

The PMC is measuring levels of community engagement, use of public media resources, technological capacity of partner organizations and broadband adoption and patterns of use within the communities.

In addition to collecting community data, the PMC will seek feedback on the performance of its fellows from a team of technologists and public media stakeholders, who will conduct site visits and one-on-one meetings with the fellows.

“They will offer suggestions or adjustments to the project to improve impact and relevancy,” said Jones. “American University’s Center for Social Media is taking the lead in assessing the evaluation team’s observations and recommendations, analyzing the data from the surveys, evaluating and assessing the impact of the projects, culling and documenting best practices, and producing a written report that will be distributed to the public in 2011.”

In advance of the official 2011 report, I asked Jones and Shaw what they have learned so far from collaborating with the various community groups, fellows and the public on a project of this scale.

“On the one hand it is exciting and rewarding to work with organizations committed to and excited about the project and ready to learn how to expand their capacity to use and leverage public media assets,” said Shaw. “On the other hand, because of the interest and need there are lots of demands on the project and we are constantly adjusting to accommodate new information to ensure relevancy and impact.”

“One of the greatest challenges to innovation is the need to be constantly adaptive,” said Shaw. “That’s why we designed a process with maximum flexibility.”

Jones’ advice to organizations that want to increase collaboration and community engagement is succinct: “Be prepared to abandon your assumptions and what you think are your best ideas.”

As for the fellows, they offered some advice of their own for future PMC participants.

“I would advise future fellows to make sure to engage not only their community organization, but also the surrounding communities,” said Mosley. “It’s important to establish trust. Oh… and of course, to have fun!”

Olivia Rubagumya, a PMC fellow working with PBS Interactive suggested that it’s important to “be a good listener and observer. People’s realities are often more complex than we can assume them to be, so remain open and attentive no matter the challenges — the experience is a two-way street.”

A public relations and social media consultant, Katie Kemple works with public media clients to build community, develop strategic partnerships, and create integrated public relations campaigns. Over the past ten years, she has held positions at WGBH, WETA, Capital News Connection, and Public Media’s EconomyStory. You can find her every Monday at 8 p.m. ET on Twitter, as a co-host and organizer for #pubmedia chat.