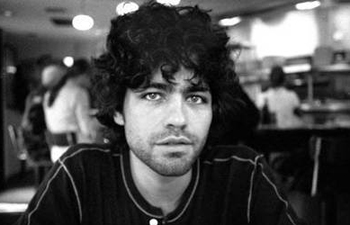 "Entourage" star Adrian Grenier is behind the camera, on the screen, and all over the place in his HBO documentary, "Teenage Paparazzo"

“I’m going to meet Adrian Grenier from ‘Entourage’ and see his new documentary,” I told a friend recently. That friend is a female who’s married but also a fan of “Entourage.”

“Can you tell him I think he’s cute?” she said.

There is greater empathy between me and the [paparazzi]. I like them. I only hope they take more responsibility for the pictures they take." - Adrian Grenier

I think he gets the message. Grenier plays Vincent Chase, the good-looking idiot savant in “Entourage” who makes the money while his crew does all the dirty work. But Grenier in real life is someone who can take that parody of celebrity culture even further. In his new documentary, Teenage Paparazzo (premiering tonight on HBO), Grenier is the director, on-screen star, and master manipulator. The story is ostensibly about a 14-year-old paparazzo named Austin Visschedyk, who lives in Hollywood and has parents that don’t mind him going out till 3 am and stalking celebrities to get photos of them.

But very quickly, you realize the film is more about Grenier and his own interactions with paparazzi, and his musings on privacy in the digital age. Grenier purchases a high-end camera for himself, and with Austin’s help, joins the pack to try to get photos of celebs. He becomes a catalyst of sorts for Austin, helping him become a celebrity with his own reality show on E! Though Grenier interviews media experts like Henry Jenkins (at a Boston Red Sox game where an “Entourage” fan rudely interrupts), the documentary prompts more questions than it answers.

Why is Grenier on-screen so much, interacting with the main characters and ratcheting up the drama? Isn’t he having a long-term effect on a young man’s future? Is that good? But more than that, Grenier leaves it all in the documentary, his own musings and even his own questions about what he is doing, and whether it is for good or ill. At one point, he stages an elaborate “date” with Paris Hilton just to get tongues wagging — as well as good photos for his pal, Austin. And more than that, he shows the protagonists the film so far to see how ashamed they are of their actions.

While Grenier weaves the story well with the expert analysis, including interviews with stars such as Hilton, Whoopie Goldberg and Alec Baldwin, he misses an opportunity to get at the power behind the paparazzi. When he finally goes to the photo editors at the tabloid magazine, OK, he never asks them what their responsibility is when it comes to privacy and stalking. And while he shows Austin obsessively posting and editing photos on his computer, and mentions the phenomenon of sites such as TMZ, he never talks to bloggers beyond Perez Hilton.

“That’s what my girlfriend said, too,” he responded. “I’ve always had a very objective personality, not putting my opinion up front. My last documentary ‘Shot in the Dark’ is very personal, about my search for my father.”

I had a chance today to do a live interview of Grenier on Twitter, and asked him the question again: What makes him different than Vincent Chase?

“The difference between me and Vince is that I see irony in everything and he is more earnest,” he wrote back.

So maybe this is all about irony, and Grenier definitely leverages more irony in his social media promotions for the documentary, including the ridiculous S’leb Suit infomercial (starring celebrities, of course). Below is my Twitter interview with Grenier, edited via Keepstream.

What do you think about the notion of privacy in the digital age, and rise of sites such as TMZ? If you saw the “Teenage Paparazzo” documentary, what did you think? Share your thoughts in the comments below.

UPDATE: For another view of the documentary, this feminist critique knocks Grenier for basking so much in the spotlight for the film, and not considering how media saturation and paparazzi affect female stars. Here’s part of the critique:

The irony is that he attempts to make the documentary some kind of exposé and examination of a culture of celebrity, but it’s more of an exposé of a bored celebrity with a one-dimensional interpretation of how media affects our culture. He passes it off as if he’s making some kind of complex commentary about society, “let’s see what happens when I pose with Paris Hilton!” Wow, so thought provoking.

The film is chocked full of shots of him posing with fans, people asking for hugs and fans doting over him. It sells those scenes as examples of how “out of control” celebrity worship is, as if they’re showcasing something we don’t all already know— that people like talking to actors they frequently see in media. Thanks for the um, examples though.