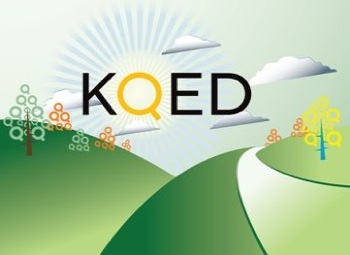 Last month, KQED News in San Francisco dramatically expanded the scope of its news coverage with a new website, an increase from six to 16 local radio newscasts and the addition of eight news staffers, including six producers/reporters, a developer and a social media specialist. Its expansion will continue over the next several months (look for a new news blog in the next couple of months).

The changes at KQED reflect a system-wide emphasis on experimentation and news expansion by public media outlets. Since the release of the Knight Commission’s report, Informing Communities – Sustaining Democracy in the Digital Age, last October, station-based news projects have grown substantially. Large, cross-platform projects are becoming more prevalent, especially among public media organizations with the resources to produce them. See, for example, some of the innovative work being done by outlets like WYNC and WBUR.

We're in it for the long haul. We're just getting started." - Tim Olson

According to Tim Olson, KQED’s vice president of digital media and education, the expanded site is part of an overall increased push in news coverage. This shift is not the result of a new dedicated source of funding. Rather, said Olson, “It was something [KQED president and CEO] John Boland wanted to do for a long time. We restructured the budget to accommodate these changes.”

KQED News also already has a wealth of in-depth news reports that integrate social media and Web 2.0 technologies. Take, for example, Climate Watch, which provides continuous coverage of climate-related news and incorporates mapping projects such as Reservoir Watch, which tracks the state’s water reservoir levels. There’s also California’s Water Bond – Where Would the Money Go?, which explores the distribution of funds in recent California water-related legislation.

Another special feature, Governing California, invites users to learn about California government. This feature includes a California Budget Challenge game that allows users to submit their thoughts on spending decisions, and an interactive timeline of reform history in the state.

Additionally, “Health Dialogues,” an exploration of health and health care in the state, includes an interactive map of health issues in rural California and Healthy Ideas, an eight-week special project that invited health care professionals to share their ideas on health care reform.

Listen to this recent Perspective audio report from a KQED listener:

Since the launch of the expanded site, KQED News has seen a 10-fold increase in the number of users, an impressive feat considering that, according to this article in the San Francisco Chronicle, “Measured by audience size and budget, KQED is the largest public station in the country with TV and radio under one roof.” KQED is growing in terms of partnerships as well: The organization currently has ongoing partnerships with upwards of 25 other news outlets, including organizations like the Center for Investigative Reporting, Youth Radio, and ProPublica, and this number is growing.

The expansion is not without its challenges, however. KQED’s clear strength is in radio news, but, as Olson noted, “text and images are required for a robust online news presence.” Improving the text on the site is a major priority, and as the site continues to expand, this emphasis will grow as well. Olson noted that NPR has gone through a similar transition over the past few years, which was addressed by gradually training reporting staff, and adding photo editors and copy editors.

Another challenge is balancing the “one-stop shopping mall” all-news aggregator approach with the “hyper-targeted topic verticals” approach. It’s sometimes difficult for sites to combine both of these elements, and KQED is currently testing both approaches, in addition to some of the more targeted projects listed above.

Olson said the expanded site is “very much just the first step” in overall growth. In addition to a news blog, “News Fix,” launching shortly, a mobile version of the site is currently in production, and will be released in the fall. “We’re in it for the long haul,” said Olson. “We’re just getting started.”