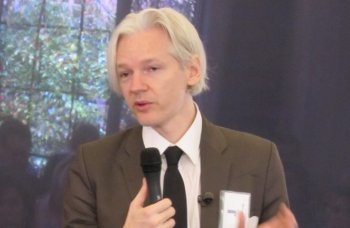 BERKELEY — We’re gathering at the University of California-Berkeley for Day 2 of the 4th Annual Reva and David Logan Investigative Reporting Symposium . There’s one presentation and one panel today before the group adjourns this afternoon. Coverage of Day 1 can be found here.

First up is Ola Rosling, Google Public Data, who is building free tools at Google for analyzing and visualizing data.

Second will be a panel called: “The New Initiatives,” which will examine new models of investigative reporting.

Okay, Rosling is kicking things off now. He started a company called Trendalizer that was bought by Google in 2007. Now he’s working on free versions of his data visualizaiton tools that can be used by anyone. “We want to organize public data, and make easy for anyone to find,” he said.

They’ve been analyzing how people use Google to find public data. The number one search for public data is “school comparisons.” Number two is “unemployment.”

The toolsets are here here: http://www.google.com/publicdata/home

This is pretty cool stuff. The audience of experienced investigative journalists was pretty mesmerized. Google and Rosling gave a good overview of the mission and potential of this project in this blog post two years ag.

Lowell Bergman is introducing the panel.

Birgitta Jonsdottir, parliament of Iceland. Earlier this year, she worked with a group of legislators to create a kind of journalism haven or a “free press” haven. “It could be if we manage to get the laws passed,” she said. They are reviewing all press freedom laws and regulations around the rules to develop their own. They see this and the issue of transparency as a basic human right.

“No country has modernized for the new reality we face with journalism and the Internet,” she said.

They’re very dedicated to protecting sources. We “lionize our sources,” they are the number one priority, and not the mainstream or the audience. “Sources know this,” he said.

WikiLeaks routes its data over many jurisdictions to make it hard for any one company or country to use the legal system against them. They are trying to use the strategy of multi-national corporations to essentially evade the law in the manner of big corporations.

“We’ve built our organization from the ground up to make it unsueable,” he said.

Gavin MacFadyen, Bureau for Investigative Journalism in UK: They’ve set up a series of shell organizations to protect money flowing into investigative journalism fund. The Blair government tried to thwart this. This fund gives money to journalists to support work their employers won’t fund.

Jon Weber, The Bay Citizen. Said he was in the process of hiring staff, about 15 folks. Acknowledged he was a “recent convert” to non-profit news models. That’s a nod to Jack Shafer’s scathing questions on Day 1 about Weber’s remarks 15 months ago about how foolish non-profit models are. Other than that, Weber said we’ll just have to wait and see with the Citizen what it will actually do.

Question from audience: Has WikiLeaks gone from just posting info to commenting on it?

Assange: “That’s part of the right wing reality distortion field,” he said. When the audience member said he was from Mother Jones, Assange trashed Mother Jones saying, “There’s been a lot of changes there in recent years” Game on!

On a more civil note (despite liberal use of salty language), Assange said they have always had to put contextual information around things they post to attract attention of journalists or “the crowd.”

“Everything we do is like science,” he said. “It’s checkable.” “The method is transparency, the goal is justice,” Assange said. “We are an activist organization.”

Lewis: Saying you’re activist will raise the antenna of journalists.

Assange: WikiLeaks won’t alter information, but it will omit some things to protect sources.

Question: What is the Bay Citizen going to cover?

Weber: We do plan to be general interest. We’ll also be providing two Bay Area pages each week for the New York Times.

Question: How has the curration model changed at WikiLeaks?

Assange: We never got to the stage where we weren’t assessing everything. There was some hope that the crowd would help assess, and filter the good from the bad. “The noise from the crowd drowns out the good, and reduces its impact,” Assange said. So they’ve always had to assess material themselves to decide what gets posted.

As for being an activist organization, they are mainly activist in terms of exposing withheld material, not necessarily left or right politically.

Question: Can you explain more about how the Iceland press haven would work? Do you have to move there?

**Jonsdottir: ** We may not be able to protect the people. But we can protect the information and the story. And this is still a work in progress.

Question: How will Bay Citizen work with the Berkeley J School?

On why he came around to the nonprofit model: “There are no private investors available for ventures in which the primary use of the money will be to pay journalists.” Yes, for things like aggregation services.