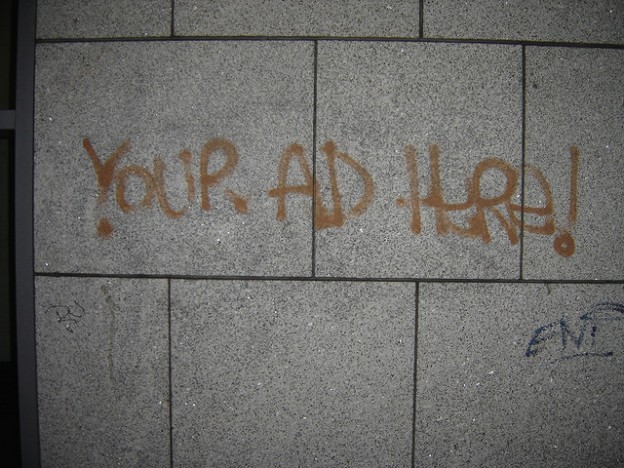 As media companies of all shapes and sizes experiment with so-called “native advertising,” the push to establish guidelines and best practices — or even how to define it — is hitting fever pitch.

The Federal Trade Commission recently stepped into the debate when it announced a December hearing around the phenomenon. The Interactive Advertising Bureau, which is the largest agency inspecting ads and creating standards around different ad subsets, has a task force that’s convened all summer to come to a consensus as well. (The agency is not there yet and is continuing to meet.) A recent white paper by Altimeter Group also sheds some light on the practice. And the National Advertising Division, the industry watchdog, has done its first “examination” into the practice as well

“Good native advertising is when readers don’t care that it originated from a brand.” -Kimberly Lau

A summit last week led by the American Press Institute in partnership with Atlantic Media was the latest gathering to try to make sense of sponsored content and the iterations of native advertising  and content marketing that have become the “new advertorial.” About 40 stakeholders grappled with issues including ethics and transparency around blending editorial and brands, scalability and the question of who within an organization should tackle sponsored posts and branded content (separate staff, staff in place, or writers brought to the table by the advertiser).

On the one hand, native advertising is a trend only beginning to show its potential. On the other,  it’s just a modern take on a branded product that has been around for decades — advertorials.

Either way, it’s becoming an emerging force in digital. Why?

According to many, the failure of banner ads — both online and in mobile — is a major factor. Publishers and marketers have been looking for a more effective way to integrate branding into content, and in their minds, native advertising is showing great promise.

Jennifer Stenger, director of publisher development for content marketer NewsCred, used this analogy: If ad formats were in an apartment community, display ads would be the ugly rental unit in an otherwise beautiful building. Paid distribution, such as Outbrain, would be a a subletter. Native advertising, though, is the long-term leasers.

“They fit in — there’s value added and (others in the building) would treat them like part of the building,” she said.

At the same time, there’s the rise of what Rebecca Davis, executive vice president of digital/social for Ogilvy, called the “purpose-driven brand.”  Simon Sinek made the notion prominent in a TED talk that people don’t buy what you do but why you do it. As an example, Sinek turns to Apple to show that the technology powerhouse doesn’t market itself as a mere computer and technology firm but as a company that challenges the status quo and does this by producing simple devices.

In that vein, brands want to be identified with causes, with thought leadership on a topic, for the values that its leadership embodies.

BuzzFeed demonstrates the demand by brands to collaborate with publishers to achieve this objective. By year’s end, BuzzFeed will run 700 brand campaigns, according to Eric Harris, executive vice president of business operations.

Robin Riddle, publisher of Wall Street Journal Custom Studios, said he sees the rise of native advertising as a change spurred by consumers who are savvier, more mature and smarter. They no longer want to be hit over the head with a product promotion. Subtle is better, and it comes down to “trusting the brand you want to buy from.”

“Telling stories is about pulling people into the brand,” he said. “It’s less advertising and more marketing of a company.”

But really, what is native advertising?

In order for the budding genre to evolve, first there needs to be a clear definition of what it is, and finding that definition has proven to be problematic in itself. The closest thing to a definition at the summit came from Deseret Digital Media President Chris Lee when he quantified three core types:

1. The BuzzFeed Example: The first is what BuzzFeed exemplifies: Its writers will produce content on a brand’s behalf that then appear on the BuzzFeed site in its style and feel.

2. The underwritten model. The Verge, the technology startup by Vox Media, is the model Lee pointed to in this genre. Here, the brand sponsors content of some sort that the media company would do anyway. In Verge’s case, it recently conceived of an editorial series that would profile cities off the beaten path transformed by technology. The company then solicited advertisers to sponsor that package. In return, the sponsor received a custom pre-roll ad in the style and voice of The Verge’s offerings.

Chad Mumm, creative director of Vox Media, explained that the value of this approach is that they “preserve their editorial independence.” The brand has no say in the series and is merely providing the funds to allow it to run and to have its name associated with the quality coverage.

3. The Forbes Approach: Third is a model espoused by Forbes through its BrandVoice initiative. In this model the advertiser leverages Forbes’ website platform to run content it has generated. There are suggested standards, but the brand is free to upload the content itself on topics of its choosing. Forbes sells the program as allowing marketers to connect with its prized audience.

Each, above all, is a more nuanced way of connecting an advertiser with the public.

One thing there was agreement on at the summit was what makes for successful native advertising: It hinges on content that would stand on its own regardless of who produced it or why.

“Good native advertising is when readers don’t care that it originated from a brand,” said Kimberly Lau, vice president and general manager of The Atlantic.