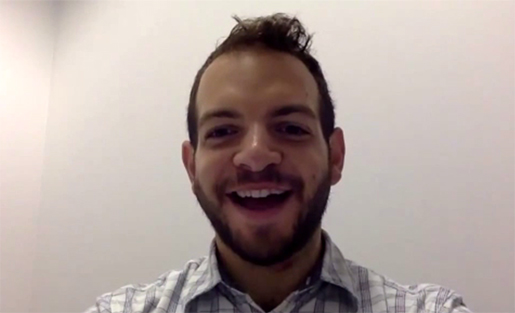 Alex Kantrowitz of BuzzFeed discusses the recent turmoil at Twitter

Twitter has had quite the roller-coaster ride as a company. It recently made co-founder Jack Dorsey the permanent CEO, and he launched Project Lightning as Twitter Moments. But that shining moment was marred by the news that Twitter was expected to lay off 8% of its work force. For a while now, people have been discussing Twitter’s growth problem and inability to monetize its users. Undoubtedly, Twitter’s latest feature “Moments” can be seen as a method of both attracting new users and providing an attractive platform for advertisers. But as the company tries to reposition itself there will also face more editorial questions like whether or not they should publish nudes of Justin Bieber or the decision to suspend the account of Deadspin and SB Nation over sharing GIFs. What’s the future for Twitter and can it shore up problems with the product? We’ll hear from Jason Abbruzzese, business reporter at Mashable; Cory Haik, executive director of emerging news products at the Washington Post; Alex Kantrowitz, senior tech reporter at BuzzFeed; and regular guest Andrew Lih at American University. MediaShift’s Mark Glaser will host, with Jefferson Yen producing.

"Twitter isn't going away any time soon and neither is Moments." - Alex Kantrowitz

Jason Abbruzzese is a Business Reporter at Mashable. He covers the media and telecom industries with a particular focus on how the Internet is changing these markets and impacting consumers. Prior to working at Mashable, Jason served as Markets Reporter and Web Producer at the Financial Times. Jason holds a B.S. in Journalism from Boston University and an M.A. in International Affairs from Australian National University. You can find him @JasonAbbruzzese

Cory Haik is the Executive Director for Emerging News Products at The Washington Post. With a journalism career solely in digital, Cory has a passion for the creative development of cutting-edge storytelling. She has been at The Post for the last four years, leading innovative initiatives — such as the new Kindle Fire app — and pushing the envelope on mobile and places to grow new audiences. She tweets @coryhaik

Alex Kantrowitz reports on social platforms and communications for BuzzFeed. Previously he covered the technology of marketing and advertising for Ad Age. Follow him on Twitter at: @Kantrowitz.

One of Twitter’s greatest problems recently is that it’s constantly compared to Facebook — 316 million users looks like nothing when compared to 1.49 billion. This isn’t a problem of name recognition. Just about every major company has an engagement editor that devote some of their time to these platforms. But the company knows it has a problem keeping users engaged. This is where Moments is supposed to come in. By providing a curated selection of tweets centered around events or conversations trending on Twitter the barrier to entry is lowered. To make the platform more attractive to advertisers, the company will allow brands to place sponsored posts on the Moments timeline. In addition, the company will also starting selling video ads that play automatically before video content across the the entire platform.

But if Moments was about introducing new users to Twitter, what Twitter created is a mess so far, according to Josh Dickson on Syrah. Dickson argues Moments’ reliance on celebrities and organizations creates a generic experience for users. Indeed, it’s hard to imagine any part of “weird Twitter” ever finding a place on Moments even one that goes viral like Horse_ebooks. Editorial control becomes even more important when framed in the context of political speech. When Fox News released a Twitter moment on Hillary Clinton it was criticized for being partisan. Twitter has always been about letting people with a point of view speak their minds, what remains to be seen is how Moments will shape who gets to be heard.

What do you think about Jack Dorsey as the permanent CEO of Twitter and Square? Do you think Moments will live up to its potential or die on the vine?