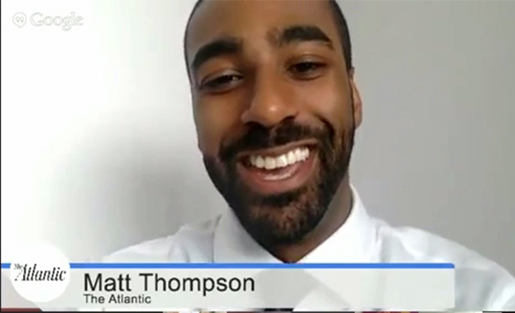 It’s graduation time across the country, and journalism and communications grads are getting ready to start their careers. Or are they? We all know that job prospects for traditional print jobs isn’t great. You don’t need us to remind you how poorly print has been doing in the past couple of years. But there are still opportunities when you flip the script to digital media. Last year, Pew Research found that 468 large and small digital news outfits were hiring 5,000 editorial people. Over the last year, we’ve seen the ascendancy of Vice, BuzzFeed, and Vox. And all those sites need people to write for them – at least until the robots take over. The media industry has changed so much that several schools have created courses around managing it, with specialized MBAs becoming popular for media management. So what’s the career path for young journalists now? And is there a dangerous potential for digital consolidation as sites such as Vox swallow up Re/code — and both could be swallowed by Comcast? Samantha Harrington,  a recent from University of North Carolina at Chapel Hill will be joining us, as we get career advice for young journalists from Katy Culver, assistant professor of journalism at University of Wisconsin-Madison and EducationShift’s Education Curator; Matt Thompson, deputy editor The Atlantic; and John Swansburg, Slate’s Deputy Editor. We’ll also be joined by regular guest Andrew Lih, at American University with MediaShift’s Mark Glaser hosting and Jefferson Yen producing.

"We are looking for a unicorn when it comes to running social media [at The Atlantic], someone who has creativity, and approaches the platforms as opportunities for expression and storytelling, and has analytic capabilities, with good judgment." -Matt Thompson

Kathleen Bartzen Culver is an assistant professor in the University of Wisconsin-Madison School of Journalism & Mass Communication and associate director of the Center for Journalism Ethics. She also serves as visiting faculty for the Poynter Institute for Media Studies and education curator for PBS MediaShift.

Samantha Harrington graduated from UNC-Chapel Hill with B.A.s in Journalism and Mass Communication and Asian Studies–Arab Cultures in May of 2015. She is the assistant to the Director of the Reese News Lab for their summer internship program. She’s interested in new media and the way that journalism, news, society and technology interact.

Matt Thompson is the deputy editor of TheAtlantic.com,  where he helps to lead editorial operations and shapes strategic development. Thompson joined The Atlantic from NPR, where he most recently directed news teams covering race, ethnicity, and culture; education; and global health and development.

John Swansburg is the deputy editor of Slate. His writing has appeared in the New York Times, New York, and other publications.

All over America, young journalists are marching toward their future to the tune of Pomp and Circumstance. This year they might have heard a commencement speech by Tom Brokaw, Nina Totenberg or Judy Woodruff. In years past, Robert Krulwich, David Carr, and Barbara Walters have delivered pep talks to steel the resolve of these bright-minded folks. In recent years, they’ve needed it. Prominent journalists have decided not to choose journalism as a career. Being a newspaper reporter was named the worst job in 2015, 2013 and second worse in 2014.

But things aren’t as bad as people make it out to be. No one says you have to go to print or legacy news organizations. It’s a great time to start your own media venture. And there are jobs in digital publishing (have you seen Buzzfeed’s jobs section?), multimedia, video, and social media. The importance of journalism grads becoming fluent in web design, coding, marketing and more can make their entry path easier. And the skills of journalism can translate into jobs at many more companies in communications, writing and more. Some even call it a “Gateway Degree” to other endeavors.

So where are the hot job prospects for recent grads and even those who want to delve deeper into digital media at the mid-career point? Who’s hiring and for what? And where are the dead ends?