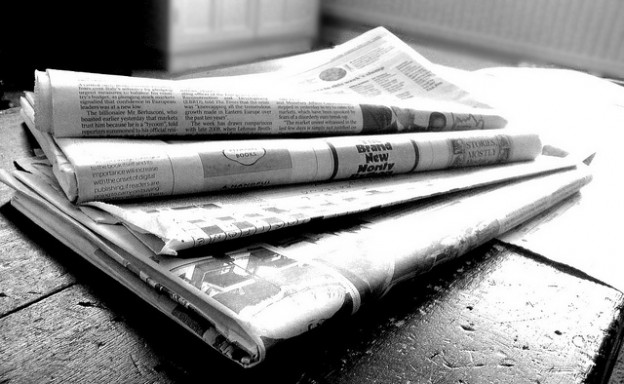 The Pulitzer Prizes, which were announced April 20 at Columbia Journalism School, are considered the highest honors in journalism. Given the industry’s financial crisis and the influx of online-only outlets into the news ecosystem, the fact that legacy news outlets — as opposed to digital outlets — won a large majority of the awards underscores the importance newspapers still play in delivering quality reporting. It’s a far cry from the moans and groans of the death of newspapers, and therefore a twist in where some imagine the future of news to be.

But it’s the fusion of legacy reporting with newer digital tools that makes these newspapers stand out, said Mike Pride, the administrator of the Pulitzer Prizes, who announced the winners.

"I would say the digital component of their work is becoming more and more sophisticated...Newspapers know where the future is." -- Mike Pride, administrator of the Pulitzer Prizes

“I would say the digital component of their work is becoming more and more sophisticated,” he said in a brief press conference following the announcement. “Newspapers know where the future is.”

Among the winners, the Seattle Times won in the breaking news category for local reporting for its digital coverage of a landslide in which 43 people died and dozens of homes were destroyed. The finalists in that category, the Buffalo News staff and the Los Angeles Times staff, were also recognized for multimedia elements and digital storytelling in their reports,  respectively.

Sarah Schweitzer of the Boston Globe was also recognized as a finalist in the feature reporting category, for her narrative on a scientist trying to save a rare whale. It’s what the Pulitzer panel called “disciplined use of multimedia.” (It was recently featured on Storybench and MediaShift previously as a way to understand how to approach immersive storytelling.)

At first glance — and sound — “Chasing Bayla’s” goal is to immerse its audience. Screenshot courtesy of the Boston Globe.

Meanwhile, Bloomberg News won its first Pulitzer this year in the category of explanatory reporting.

This year, the Pulitzer Prize panel expanded the eligibility for two categories, investigative reporting and feature writing, to include online and print magazines. But despite the abundance and attention to long-form journalism, no magazines took home any prizes.

Following the announcement of this year’s winners, attention quickly turned to one of the reporters of the award-winning team at The Daily Breeze, based in Torrance, Calif. Two reporters and an editor won in the category of local reporting for their investigation into widespread corruption and cronyism in a local poor school district. But, as Slate put it succinctly in a headline, “One of Monday’s Pulitzer Prize Winners Left Journalism Because It Couldn’t Pay His Rent. Now He’s in PR.”

Thirty-nine-year-old former Breeze reporter Rob Kuznia, who left journalism six months ago and now works for USC’s Shoah Foundation, had found that journalism could barely pay his bills, especially living in the pricey Los Angeles area. He told the LA Times that journalism “seems to be melting and I felt too financially unstable.”

Another winner this year, Natalie Caula Hauff, who shared a byline in a series on domestic violence for Chareleston, SC’s The Post and Courier, has also left journalism. The series won the Pulitzer for public service journalism, considered to be the most prestigious of the Pulitzer awards. Yet as Hauff told Columbia Journalism Review, the demanding nature of the work pushed her to find something that was a bit more balanced and accommodating to her desire to have a family.

“I kind of pictured myself at a crime scene pregnant, or with a brand new baby,” she told Columbia Journalism Review. “You want to be so dedicated to your job, but… I don’t think I can picture myself doing that. … At this point in my life it was the right call.”

However, Hauff — who now does media relations for the Charleston county government — still freelances on topics that don’t conflict with her current job.