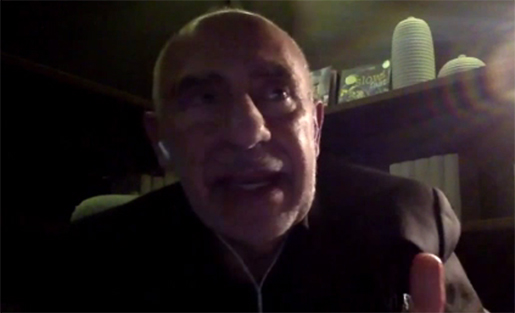 Mario Garcia, who consulted with Postmedia on their tablet editions, explains where he thinks they may have gone wrong.

Earlier this month, Canada’s Postmedia Network announced they were going to shutter the evening tablet editions at the Ottawa Citizen, Montreal Gazette and Calgary Herald. Tablets were one part of Postmedia’s “four platform strategy” that it started in 2014 which also included its smartphone app, website and print edition. When it was first announced the tablet edition was targeted at middle-aged readers who wanted to read the paper after dinner: “With interactive graphics, animation, embedded video and audio, the digital magazine will provide new dimensions to the news reading experience.” But that strategy ran into a bit of a speed bump in the form of low readership on tablets. You’ve got to wonder if smartphone adoption – especially the bigger screens on recent phones – has affected the use of tablets. Here in the U.S. 68 percent of adults now have a smartphone compared to 45 percent who have a tablet according to a new report from Pew Research. Here’s another noteworthy finding from the Pew report: tablet ownership seems to have plateaued in the past two years. But don’t discount tablets just yet. Two Canadian papers, The Toronto Star and La Presse, have announced tablet editions of their own. There’s also the announcement that Next Issue, the “Netflix of magazines,” would relaunch as a magazine app called Texture. We’ll discuss tablet editions and the ongoing changes in mobile media on this week’s Mediatwits podcast, with special guests Mario Garcia, founder at Garcia Media; Anthony Ha, writer at TechCrunch; Douglas Hebbard, publisher at Talking New Media; and regular guest Andrew Lih at American University. MediaShift’s Mark Glaser will host, with Jefferson Yen producing.

"We now have this tendency to be constantly wanting to be connected..." Mario Garcia on where Postmedia's evening tablet editions went wrong.

Anthony Ha is a writer at TechCrunch, where he covers media and advertising. Previously, he worked as a tech writer at Adweek, a senior editor at the tech blog VentureBeat, and a local government reporter at the Hollister Free Lance, where he won awards from the California Newspaper Publishers Association for breaking news coverage and writing. He attended Stanford University and now lives in Brooklyn. He tweets @anthonyha

Douglas Hebbard is the publisher of the digital publishing industry website TalkingNewMedia.com,. He started in the newspaper business with Hearst in Los Angeles, then later moved to magazines with McGraw-Hill, Reed Business Information and other media companies. He is the author of Talking Digital (available in print and digital) and the interactive eBook Guide to Digital Publishing Platforms (available in the iBooks Store). You can follow him @talkingnewmedia.

Mario Garcia is the CEO and founder of García Media, a global consulting firm.  He is also the Senior Adviser for News Design/Adjunct Professor at Columbia University’s School of Journalism in New York. Mario has been a consultant to over 700 media companies in 121 countries.  Among his clients: The Wall Street Journal, The Washington Post, McClatchy Newspaper Group. Find him @DrMarioRGarcia

On Poynter, Mario Garcia, who consulted on Postmedia’s tablet edition, wrote he wouldn’t do anything differently. Garcia concedes that smartphones may have become the go to mobile device, calling them the “platform of choice.” You’ve heard us talk about how smartphone technology is altering the shape of media. Relative to smartphones, tablets haven’t been as innovative nor as essential to the lives of everyday Americans. But that may be changing. Microsoft’s hybrid tablet laptop Surface Book was recently released and was met with positive reviews. If it’s successful, we just might be seeing more “tabtops” on the market.

A joint venture by Conde Nast, Hearst, Meredith, News Corp. and Time Inc., Next Issue was an attempt by magazines to band together to prop up digital subscriptions. Founded in 2009, Next Issue was intended to be an electronic newsstand. The rebranded app, Texture, will allow users to search for more content and share via social media. It will also allow users the ability browse by article instead of by publication. Its closest competitors would have to be Apple News and Flipboard. But truthfully, it’s fighting for your attention with other social platforms such as Facebook, Twitter and Snapchat. Of course, it remains to be seen whether Texture’s subscription model will ever gain widespread adoption.

What do you think about the way people consume news on tablets? Has that shifted considerably? Which content is better on tablets and which on smartphones? Will it matter in the end as screen sizes change on all devices?