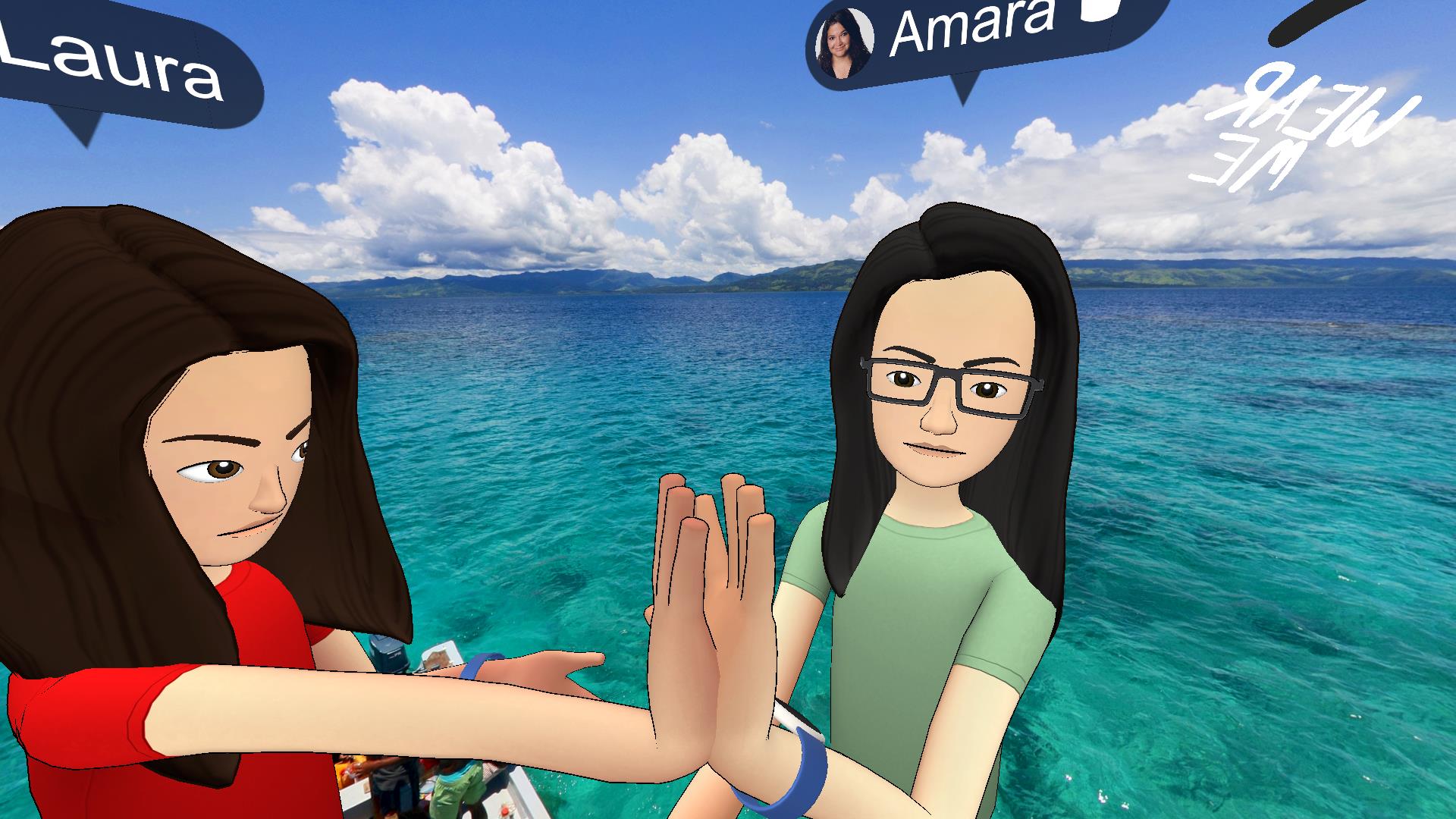 Stepping into Facebook Spaces for the first time was a surreal blend of animated avatars, 360 photos and social media.

On their own, these are powerful elements for storytelling. Combining them into a social virtual reality app like Spaces, however, means a new world of possibilities. What is Facebook Spaces, and how could we use it for journalism? I set out to gain insights about this app in the context of telling stories, and as I discovered tips and practical uses, I also learned more about limitations when using this technology.

"We learned that with social VR, we really need to think through perceptions and how we use the technology in order to tell stories with care."

During a social virtual reality workshop in November at the University of Southern California’s Annenberg School for Communication and Journalism, I put on an Oculus Rift headset and listened to verbal directions on how to use the two Oculus Touch hand controllers. My eyes veered all over as I soaked in this 360-degree, cartoon-like world. I clutched controllers that felt too big for my hands, yet gave me a vague sense of security and stabilization.

I clumsily acclimated to the gesture-based controls. I created an avatar, took some photos with a virtual selfie stick and spoke to one of my colleagues, USC professor and Annenberg Media Digital News Director Laura Davis. Even though we were physically far apart, being in Spaces made us feel like we were right next to each other.

“Honestly you really do forget about the world around you,” Davis said. “It was a discombobulating experience to come out of it. You really do get lost in the world and in that place.”

Emma Pierre, a USC student at the workshop, agreed.

“I feel like I just woke up from a dream. If I had this at my house, I would never leave,” she said.

“I feel like this technology is great for interacting with people you may not interact with,” Pierre added. “You can go to places other people have created.”

At USC, Davis and I had been talking to the Annenberg Media emerging platforms student team about the possibility of launching a storytelling project in Spaces. I had seen a preview of Spaces when I attended Facebook’s developer conference earlier in 2017, and I was fascinated by it. We discussed a plan with students, but we all knew we needed to try out Spaces and understand how people used the technology before we moved forward with launching a journalistic project in a social VR environment.

So, I organized the day-long event in November to explore the platform, expose faculty and students to social VR experiences, and think about how we could use it for journalism and storytelling. I reached out to Facebook, and the organization sent three members from the Spaces team to USC’s event. The team conducted sessions ranging from an intro to Facebook Spaces to best practices for VR storytelling.

This was helpful as we explored using Spaces for storytelling. Our emerging platforms student team at USC had previously seen a few experiments that didn’t go exactly as planned, including Slate’s launch of a weekly talk show in Facebook Spaces called “Conundrums.” We also saw some of the criticism Facebook CEO Mark Zuckerberg faced when going live in Facebook Spaces touring a hurricane ravaged area of Puerto Rico. When the Facebook founder appeared as a cartoonish avatar in front of real images of devastation, many felt the outcome was insensitive, if not offensive.

Zuckerberg said in a Facebook comment: “When you’re in VR yourself, the surroundings feel quite real. But that sense of empathy doesn’t extend well to people watching you as a virtual character on a 2D screen. That’s something we’ll need to work on over time.”

At Annenberg Media, we were discussing several ideas for Facebook Spaces, including a possible project dubbed “Open Spaces.”

Another idea was around the concept of “Origins,” where students would look at where people came from and how it has shaped their lives.

After seeing how others were using Facebook Spaces and trying it out ourselves, we learned a few things.

Know the product and the audience: It’s great that a social VR tool is built into the huge audience Facebook has fostered. You must have an Oculus Rift with Touch controllers to use Spaces (although you can join in via Facebook Messenger if someone in Spaces calls you), or it will also be compatible with HTC Vive, according to a recent announcement. When you experience Spaces, you can open up 360 photos and videos, and it feels as if you are inside those visuals. Knowing about all of these parameters helped us in shaping future projects. There are also more products in the social VR arena we haven’t looked at yet, like AltspaceVR.

Use it: We already knew that a product has to be experienced before planning out a project, but that notion was even more evident with Spaces. Using Spaces was like nothing I’ve ever experienced. (Some may recall Second Life, which features an online virtual world you can explore with a customized avatar and identity. Spaces takes that a step further with Oculus and hand controllers to make you feel like you ARE the avatar).

It takes some getting used to: I fumbled with the controllers at first. It was also weird not to have any actual legs for your avatar in Spaces, but you get used to it after a while and almost forget about it.

A virtual selfie stick and capability to go live on Facebook are some of the features of Facebook Spaces. (Photo: Amara Aguilar)

There’s potential here: Social VR combines social media, 360 content, personal interaction, capabilities to go live, share and more. The Facebook team mentioned three principles to keep in mind when it comes to product: Keep it simple, straightforward and human. By using the platform, I found there is huge potential for Spaces to create community and connect people in a more personal way, especially those who are physically separated. Annenberg Media emerging platforms editor Drew Schwendiman said, “It has the potential to allow people to join in a conversation from around the world. They don’t have to be in the same building as you as long as they have access to the technology, the internet and a Facebook account.”

Proceed with care, but don’t be afraid to try new things: As with any technology, sometimes journalists can try something, and it doesn’t go as planned — or totally fails. I think that’s OK; however, it’s important to keep in mind, with this technology specifically, that cartoon-like avatars could be seen as a not-so-serious way of approaching serious content. Emojis and GIFs can be viewed that way too, although I have seen serious journalistic storytelling done with GIFs. We learned that with social VR, we really need to think through perceptions and how we use the technology in order to tell stories with care.

More tips: A few tips the Facebook team shared with us: Give control of the story to the audience, create an emotional connection to the location, and promote use of authentic interactions and details.

We’re still figuring it out: We are still planning to use Spaces in some way next semester at Annenberg Media and are very excited about the possibilities, but learning about the technology, using it and brainstorming through our ideas has allowed us to take a step back as we prepare to step into our first journalistic experiences in Spaces.

Amara Aguilar is an associate professor of professional practice in digital journalism at the University of Southern California Annenberg School for Communication and Journalism. She teaches courses in mobile and emerging platforms, social media, design, digital news project development, among other areas. She loves journalism, Star Wars and all things tech.

One response to “Social Virtual Reality Tips for Facebook Spaces”