Why Journalism Educators Need to Look at our Responsibilities Post-Election 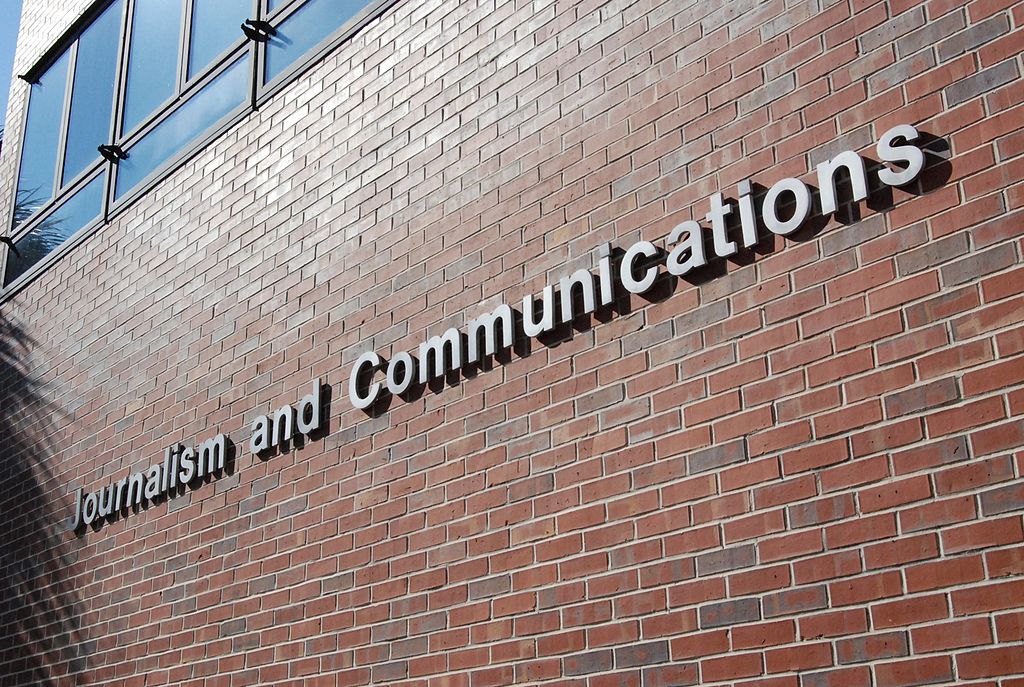 Post-election, journalism educators face the daunting task of reevaluating how they are preparing the next generation of journalists to enter a landscape where distrust of the media is at an all-time high. Photo by Wikipedia Commons.

Journalism educators and communication professors generally face a particularly daunting task post-election. In a campaign that highlighted extremes of American vitriol, so much of what we teach about was put under scrutiny by political stakeholders and the public.

We teach about objectivity, civility and the importance of civic engagement. But the inadequacies of mainstream media as well as the dangers of social media have become the subject of public conversation in ways that these subjects hadn’t ever been before.

Journalism professors have a critical obligation right now — and that’s to talk about how professional ideals have failed to produce journalism that called the powerful to account and alienated more than half the country.

The very nature of the professional ideals we teach our students to aspire to need our critique. In text-based news, largely produced by online-only or newspaper outlets, false equivalency reigned until late into the campaign cycle. An obsession with being first and fast, a hallmark of journalism since the 1690s, turned horse-race journalism into a frenetic series of constant scoops, none lasting long enough to engender sustained critique or reflection.

And our new movement toward making journalism education more data-centric, as well as more visual, also needs serious scrutiny. The data itself was flawed, but journalists lacked sufficient skill and authority to critique the social scientists collecting the data. Similarly, a focus on neat, interactive presentation belied the mysteries inside the data – clickable, pretty maps and addictive dials had the effect of both gamifying and simplifying data that needed detailed explanation and considerable caveats.

Journalism educators spend time talking about the failings of the news business model. But journalism’s interest in making money has had some serious consequences this election cycle. On television, a quest for ratings and profit, as CBS’ Les Moonves articulated in February, motivated extensive coverage of President-elect Donald J. Trump. Moonves said, “Man, who would have expected the ride we’re all having right now? … The money’s rolling in and this is fun.” This helped create what Moonves himself called a “circus” environment surrounding the campaign.

More so than ever before, we need to prepare our students to understand that the balance between church and state is gone. And we need to give them the tools to moderate the Moonves, the metropolitan newspapers and television stations, as well as the Clickholes of the world that will push them to do stories for digital traffic.

More than anything else, though, journalism educators also need to begin acknowledging that there are two forms of institutional journalism in this country: mainstream news and ideological news. To pretend that ideological journalism is just an afterthought, or a dirty stepchild of fair-minded journalists, is to ignore what has become a source of valued information for many in our country. It also means foregoing conversations about possible career paths for our students.

Where is the future?

The institution of mainstream media has suffered an unprecedented attack from our incoming president. Though founded on years of conservative rhetoric and ideology and media that have had their origins at least as far back as 1970s right-wing radio, the trope that the mainstream media cannot be trusted reached a fever pitch this cycle.

Distrust of journalism isn’t solely because of Donald Trump. Instead, it has been a longstanding distrust brought to a high point during this election cycle. Photo by Wikipedia Commons.

Media bias is something I’ve tended to dismiss because there’s significant evidence to suggest that there isn’t much present. In fact, I try to innoculate my students against what they hear from their political communication professors in the other half of the department — that media bias is pervasive, a result of economic force and the influence of elites who control the framing of messages.

I’ve tried to equip them to argue about media bias. I remind them that bias across the diverse media spectrum would require some sort of concerted effort at a cooperative and unified approach to newswork that does not exist. Paul Farhi made this point in The Washington Post, when he cited the meta-analysis of David W. D’Alessio which found that left-leaning and right leaning reporting balance each other out.

I use the findings from my own work to further support this. I study newsrooms as an ethnographer, and I have found that journalists across the U.S. and the anglo-speaking world may have their political perspectives, and may talk about them openly, but work hard to keep their partisanship at bay. I’ve done work in more than two dozen newsrooms, and I feel comfortable with this observation.

But time and time again, the fact emerges: most journalist are Democrats (in fact only 7 percent are Republicans at mainstream outlets), and there’s no way of escaping the shadow of claims about liberal bias.

So we need to accept that people think our work is biased. Our students need to know that if they choose to go into mainstream media, many people will assume that their work is biased.

We can encourage them to be more transparent about how they make decisions about what to cover, who to cover, and how to select what ultimately becomes news. We can remind them to keep trying experiments to bring people into the newsroom: news cafes, open budget meetings, community events. We should encourage them to make documents available.

We should help them show the public that disclosing an early version of a story to a politician is not collusion but simply standard journalistic practice.

And moreover, we need to take ideological media more seriously. Some of our students will go into ideological media — on both sides of the spectrum. They are our frontlines of defense against viral false news sites from Macedonian teenagers spamming Facebook. Ideological media can be partisan, but it can also be quality journalism, as decades of left and right-wing magazine journalism has shown.

We need to help students understand how to present facts that may trouble partisans’ preexisting notions. For fact-checking to work, information has to be presented in ways that minimize an emotionally defensive response. We need to take this research into our classroom and help students write in compelling ways about difficult issues and encourage them to avoid language and coverage choices that may alienate readers.

We have a lot of work to do. But going forward, we need to be more honest about journalism’s mistakes, stop teaching from a sanctimonious pedestal, and start thinking about recovering a place in the public.

Nikki Usher, PhD, is an assistant professor at The George Washington University’s School of Journalism. Her brand new book, Interactive Journalism: Hackers, Data, and Code, focuses on the rise of programming and journalism. Her first book, Making News at The New York Times (2014), won AEJMC’s Tankard Book award for best book of the year. She can be found at @nikkiusher or www.nikkiusher.com