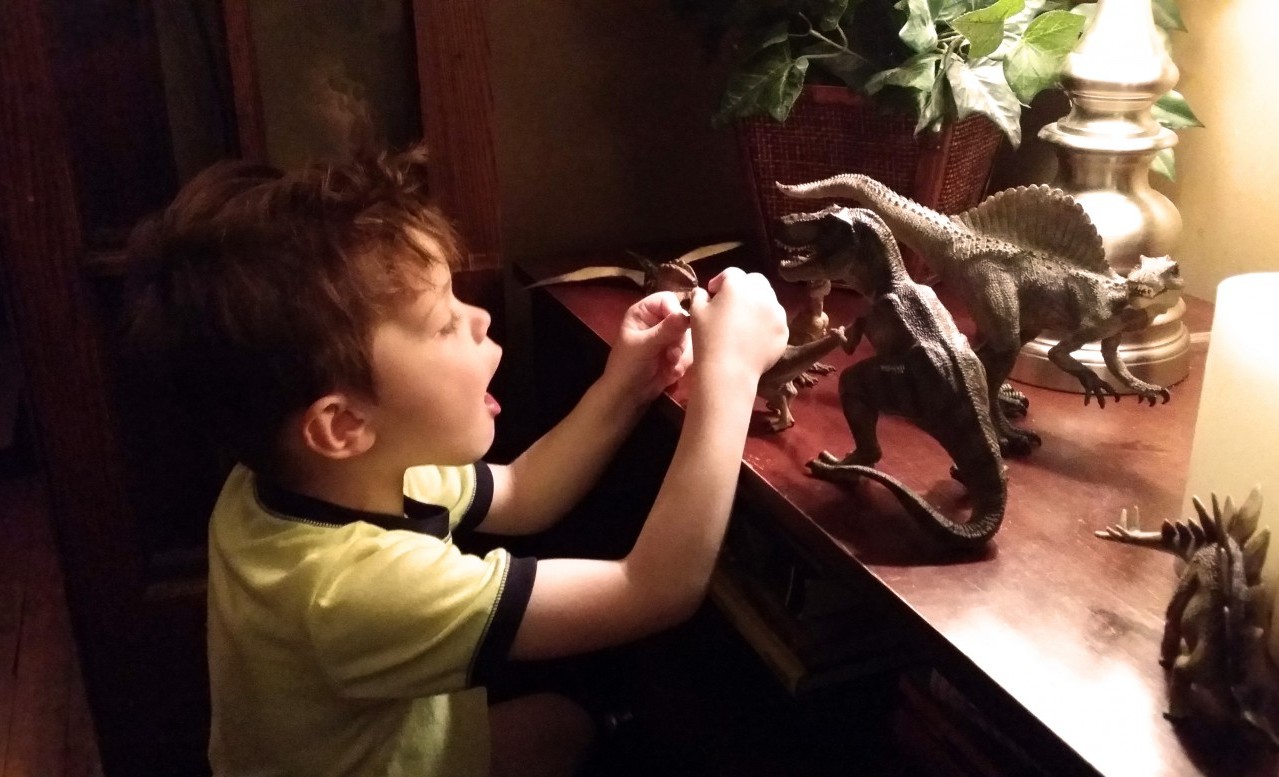 The following is a guest post written by Azadeh “Azi” Jamalian, the co-founder of Tiggly, which makes and sells a learning platform consisting of tablet toys for children. Opinions expressed here do not necessarily reflect the opinions of this publication. Read more about MediaShift guest posts here.

Does my life remind you of yours?

"If screens are part of the our cultural context, then we should understand play, learning and development in relation with screen time." - Azi Jamalian

Compared to the generation before mine, I spend far less time talking on the phone. I don’t waste trees for my magazines and print newsletters. I don’t watch that much TV (we don’t even have cable at home). I enjoy working and collaborating with people all around the world, from the Middle East and Europe to Australia and other cities in the U.S. — which means you can always find me on Skype, except when I’m sleeping. I don’t need to wait days and weeks to receive a document by mail or worry about the fax machine. I don’t need to always be physically present to get things done. I travel much more and am exposed to new perspectives every time I meet a new person or end up a new place.

PLAY FOR THE DIGITAL GENERATION

Technologies have introduced new ways of collaborating, new ways of communicating and new ways of being. In 1982 (one year before I was born), famed Russian psychologist Prof. Vasily Davydov presented an important sociocultural thesis: technological and cultural changes that happen over time create generationally different contexts for children’s development. Play, which is fundamental to children’s development, is connected to the social and cultural contexts in which it happens. In other words, it is not possible to separate children’s play from the cultural context they live in. Instead, it is important to understand how play supports children’s development within a context that is relevant to their generation, and how children master values of their culture within their play activities.

This is a long-winded way of saying: we should practice what we preach. If our lives are inseparable from our screens, we cannot expect our 3 and 4-year-olds to hate screen time. And, if screens are part of the our cultural context, then we should understand play, learning and development in relation with screen time.

Dr. Susan Edwards, an expert in early childhood curriculum, argues in a chapter of “Children’s Virtual Play Worlds: Culture, Learning, and Participation” that, “it is possible to move beyond seeing the post-industrial context as a limitation on children’s traditional play, whist simultaneously moving beyond binary conceptions of the relationship between real and ‘virtual’ play towards the creation of specific ‘webs of meaning’ that illustrate where children’s traditional and converged play experiences intersects according to their preferred interests.”

Following on her ‘web of meaning’ model, I would like to invite you to re-think play as it relates to screen time:

What happens on the screen does not stay on the screen — Have you ever noticed your child pretending to be their favorite TV or app character in their off-screen play time? Children do that all the time. They also relish having toys that represent their ‘virtual friends’ in the real world. They extend screen-play experiences to offline play during role play, block play, drawing, crafting, and many other traditional forms of play.

What happens in the real world influences children’s play on the screen — children love apps that resonate with familiar everyday narratives like cooking in the kitchen, shopping in the supermarket, playing trains, driving cars, or going to a restaurant. That means children do not separate their “real” experiences from their “virtual” ones but merge the two to grasp a better understanding of their day-to-day routines and the events around them. Perhaps, that’s why Toca City, Toca Kitchen, Tiggly Chef, Tiggly Doctor, Homes by Tinybop, and many other pretend and role-play apps are always among the most popular apps on children’s play list.

Our brains are wired to think and learn with our hands — that means we should try to incorporate playing with real objects as part of play on screens. In fact, there is a new trend on the rise that brings physical play into children’s digital sandbox. At Tiggly, for example, we have designed real shapes, counting toys, and letters that children can grab with their hands and play with them directly on their screen as they interact with apps. Wonder workshop brings the real and virtual world together by providing the means for children to code actions for real robots.

DIGITAL NATIVES AND THE REAL WORLD

Children do not separate the real from the virtual in the way we do. To them, the world they live in is on a continuum and expands across various media. They see Elmo on TV, in YouTube videos, in their apps, on their T-shirts, as plush toys in their bed and maybe on their juice boxes. It’s natural for them to take a real object, place it on the screen, and expect it to influence what happens on the screen. In fact, connecting the virtual and real world helps children separate meaning from objects, which is the first step in developing symbolic and abstract thought.

For example, in our own research we found that children have no problem using their physical counting toys as cooking tools in one app and as construction blocks in another app. Remember when we used to imagine brooms as horses? The same happens today (brooms are still children’s favorite toys), but they also enjoy using real toys in different virtual contexts to help them make meaning in a social and cultural relevant setting.

WHERE THE ADULTS COME IN

As always, parents need to be involved. I hope, truly hope, humanity does not envision a generation where child-parent interaction is no longer culturally relevant. Children learn best, live happiest, and breath easiest when their parents are involved in their play — online or offline. Please read to your child. Please discuss TV shows with them. Please play with them, as they want you to play with them. Let them take the lead, and if they ask you to be a giant castle, please pretend to be one.

Three points to have in mind:

Perhaps these three points apply to everyone: from toddlers to grown-ups.