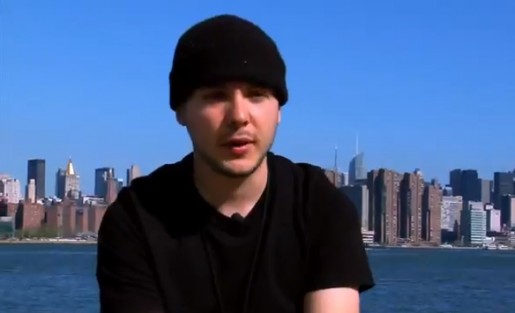 “Phone-and-drone” journalist Tim Pool, is one of the speakers at the second annual The Future of StoryTelling summit in New York City on Thursday, October 3rd.

In the short film below, Pool, now a Producer at VICE Media, shares his experience at the front lines of the Occupy Wall Street movement, live-streaming everything he saw and quickly amassing hundreds of thousands of followers who watched, tweeted and shared his footage in an effort to tell a different story than what the mainstream media was portraying. Big news corporations began to use his footage, and soon, Pool’s cell phone videos became an intrinsic part of the way the world saw OWS.

The Future of StoryTelling gathers a community of storytellers across all disciplines—including film, TV, publishing, music, gaming, journalism, adverting, and more—to explore how technology is changing the way we communicate and tell stories.

Future of StoryTelling is designed to disrupt the traditional conference model. Attendees receive advanced access to specially made short films, each featuring a FoST speaker discussing his or her area of expertise. On the day of the summit, attendees join speakers for 60-minute roundtable conversations, using their short film as a point of departure for further exploration.

Charles Melcher is the Founder and President of Melcher Media, Inc., an award-winning app developer, book publisher, and corporate content-producing company. Melcher is also the Founder of the Future of StoryTelling (FoST) summit.

One response to “VIDEO: How Tim Pool Created ‘Phone-and-Drone’ Journalism”