Poll: What’s the Best Way to Promote Diversity in Media? 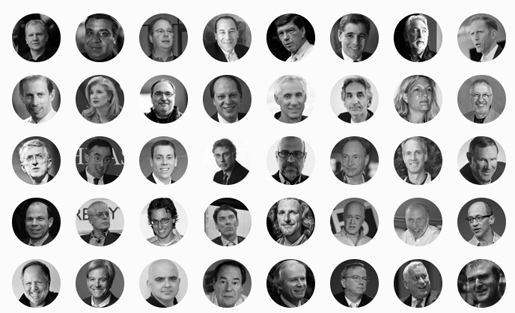 What's wrong with this picture? Out of 61 people interviewed for the Riptide project, 54 were white males.

Are we living in a post-racial world? Not quite. In both the traditional media business and the booming new media and tech businesses, the norm remains white men in charge and setting the agenda. There were stark reminders of that all week. The huge Riptide report from the Shorenstein Center and Nieman Lab was a look back at how the news industry was disrupted by technology, with interviews of 61 people — 54 of whom were white males. That prompted a storm of criticism. Business Insider CTO Pax Dickinson was forced out after his Twitter feed came to light from a Valleywag story, including the tweet: “Tech managers spend as much time worrying about how to hire talented female developers as they do worrying about how to hire a unicorn.” And at TechCrunch Disrupt, one of the largest tech conferences, some “brogrammers” thought it was funny to demo an app called TitStare. We know the problem is deep and embedded, but how do we change the ratio (as Rachel Sklar might say)? Vote in our poll and share your thoughts in the comments below. And check out a longer discussion on this week’s Mediatwits podcast.

3 responses to “Poll: What’s the Best Way to Promote Diversity in Media?”