Mediatwits #93: How Authors Are Becoming Entrepreneurs (Like It or Not) 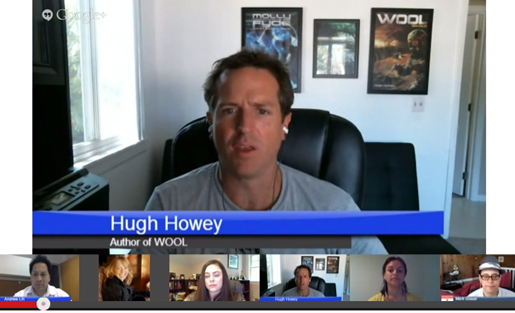 Maybe you’ve always had an idea for a book but were too daunted by the traditional gatekeepers of agents and publishers. Well now you can dust off the manuscript and get read to publish, because the growth of self-publishing services and social media makes it easier than ever to self-publish your book. But whether you self-publish or have a traditional book publisher, you’ll need to do more marketing, more outreach, more organizing — more of everything! Authors are really becoming entrepreneurs, needing to understand the business of book publishing more than ever (even if they never thought they’d need to know this). This week’s Mediatwits talks to successful self-published authors as part of our “Authors as Entrepreneurs” special, including self-published author, expert and MediaShift contributor Carla King and successful self-published authors Darcie Chan and Hugh Howey. MediaShift’s Mark Glaser hosts, along with Mónica Guzmán from the Seattle Times and GeekWire and Andrew Lih from American University.

"Authors are really becoming entrepreneurs, needing to understand the business of book publishing more than ever."
ADVERTISEMENT

Darcie Chan is the author of “The Mill River Recluse,” a self-published debut novel that appeared on the New York Times and USA Today bestseller lists for more than 28 weeks and became a heartwarming favorite of readers across the country. Darcie was born in Wisconsin and grew up in various small towns in the Midwest. Currently, she lives just north of New York City with her husband and son. Her second novel, which is also set in the fictional world of Mill River, Vt., will be published by Ballantine Books in March 2014.

Hugh Howey spent eight years as a yacht captain, delivering boats all over the world. Lured away from the sea by the girl of his dreams, he directed his energies into writing. His first series, “The Molly Fyde Saga,” won endorsements and awards from bestselling authors and bloggers. But it was his publication of “Wool” and the four stories that followed that gave him the freedom to quit his day job and write full-time. He now lives in Jupiter, Fl. with his wife Amber and their dog Bella, just close enough to the sea for it to call to him yet again.

The Internet has disrupted every corner of the communication industry, and book publishing is no exception. More authors are turning to self-publishing after bad experiences with publishers or the prohibitively high barriers associated with traditional methods. Authors can now publish easily with a growing number of low-cost tools.

Once you’ve written a book, getting people to buy it is crucial. There a number of tools available to authors for little or no cost, such as apps and social media, that can propel them to the top of the best-sellers list. Marketing the old-fashioned way is still necessary, such as book signings (even with e-books) and getting book reviews.

What should every author do to promote themselves? What are the big mistakes to avoid? Is it possible to burnout on self-promotion?

The short answer is time and money. Years of experience make for great books, so start collecting your ideas early, either into a blog, Tumblr or unpublished chapters to make the creation of the final book all the easier. Once it’s time to publish, there a bunch of costs to consider, such as copy editing, cover design, printing, distribution, etc. that can amount to anywhere between $125 to $5,000. As an entrepreneur, you’ll need to raise your own money.

What services are crucial for authors to invest in? Where can authors save money if they’re low on cash? Any tips on fundraising?

How to Set the Right Price for your Self-Published Book, by Miral Sattar

The Rise of ‘Hybrid Authors’ Who Have Self-Published and Had Publishers, by Jeremy Greenfield