How to Set the Right Price for Your Self-Published Book 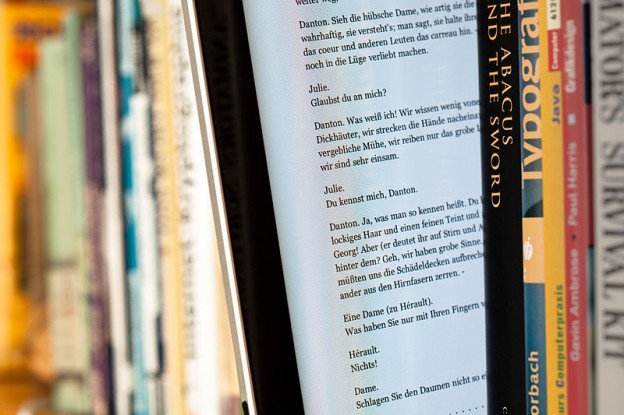 In addition to the writing and the marketing and promotion of a book, self-published authors even have to get as nitty gritty as pricing the book.

A lot of authors come to me asking how they should price their self-published titles to optimize sales. Some self-publishing critics say that the books that do sell well are one-hit wonders. But the same can be said about the traditional book industry. According to the Library of Congress, the average book sells 250 copies a year and the average self-published book sells 150 copies a year. These numbers need to be taken with a grain of salt because no one database has all the data. Bookscan, Nielsen and Bowker all provide general numbers and stats with the limited numbers they track, and the sales numbers can be vastly different.

"I've heard people say that a low price devalues literature, but I believe the only true way to devalue literature is to see that it goes unread." -Hugh Howey

What’s the average price of an indie/self-published book?

According to a recent Smashwords survey, authors in 2013 chose to price their books at $2.99 the most. Last year the magic number was 99 cents. Authors quickly realized that pricing their books so low devalued the content and started pricing their books higher because readers were willing to pay more.

Should you price high or low?

One surprising find from the Smashwords survey is that, on average, $3.99 books sell more units than $2.99 books, and more units than any other price point (this does not include FREE downloads). People who price under $3.99 might be underpricing their books because readers are responding to the $3.99 price point really well for self-published books.

Although the general pattern holds that lower-priced books tend to sell more units than higher-priced books, $3.99 was the rule-breaker. A $3.99 price point earns authors total income that is 55 percent above the average compared with all price points.

Each author I spoke to has a different sales strategy, but the common theme is start low, and then increase your price once you’ve found your readers, and experiment!

Some authors, like best-selling self-published author Hugh Howey, are evangelists of the “freemium” strategy. Howey, when first self-published in 2009 after rejecting a publishing deal, focused on getting more readers.

Howey said in an email interview that his “goal is to price my work as close to free as I can without turning away discriminate readers. I’ve heard people say that a low price devalues literature, but I believe the only true way to devalue literature is to see that it goes unread. I give away my work as much as possible. I don’t employ DRM; I have no problem with people pirating my works; and I offer stories for free on my website and on major distribution platforms.”

To date, Howey has published more than a dozen books and novellas and has sold more than 700,000 copies in the past year and a half.

Howey uses a marketing strategy called free promotions where authors make their book free for a select number of days and reach out to this list of sites we’ve curated that may feature your book for you. This way, you get new readers for your book.

His reasoning is, “I want readers to be able to sample and decide whether or not the series is right for them. Before the work was permanently free, I used promotional tools to make it free for a limited time.“ Once his books generated buzz and gained some popularity they began selling on their own.

Author Susan Kaye Quinn, a rocket scientist turned writer, started self-publishing her fiction series in 2011. To date, she has more than 19 titles on Amazon. Quinn held off doing free book promotions because she not only wanted to increase sales, but needed to make back her investment in editing, cover art, and wanted to fund future books.

Instead, Quinn started pricing her first books in the series lower than the rest. She discovered that she made the same amount of money whether she priced Book 1 in a series at $2.99 or $3.99. Even though she made the same amount of money, she got more readers at the $2.99 price because that meant more readers bought Book 1. Then for books 2 and 3 in the series, she raised the price once the readers were already hooked.

Quinn wrote via email, “Opting for a lower price and more readers for the same money was an easy choice. Books 2 and 3 were set at $3.99, because readership didn’t increase at the lower price. I took this to mean that once people read and presumably enjoyed Book 1, they were less price sensitive for Books 2 and 3. But in trying out a new author and a new book, the lower price for the first book in the series made a difference.”

When Quinn completed her trilogy, she made the first book free forever which resulted in bringing in lots of new readers to her series. In over a year and half, Quinn has sold more than 40,000 books.

Best-selling author/lawyer Darcie Chan decided to put her story up on Amazon to get feedback. She was thrilled when she sold 100 copies of her quiet fiction book “Mill River Recluse.”

Chan was interested in developing an audience and getting more readers so she always priced her book between 99 cents and $2.99. “I think any full-length manuscript is worth more than that,” she says. “But, being completely unknown as a writer, I wanted people to read my work — to give it a chance. I kept the price very low to hopefully encourage the greatest number of people to do that. And even when the sales figures started climbing, I kept the price low. I saw it as a trade-off. Sure, I wouldn’t make as much money at low price points, but making money had never been my goal. I was more interested in getting feedback on my writing and building a readership for future work.”

Chan had put aside a small budget of several hundred dollars to advertise her books on sites like Kindle Nation Daily and was shocked when two months later, “more than 100,000 copies had sold and the book appeared on the New York Times best-seller list.” Chan’s book remained on the best-seller list for seven months. To date, approximately 700,000 self-published copies have been sold.

Regardless of the sales of the books, the important thing to remember is no pricing strategy will work if your book isn’t in its best shape. This means having a well-edited book, eye-catching cover, an error-free book and selecting the right categories for discovery.

Miral Sattar is founder and CEO of BiblioCrunch, an award-winning author services marketplace that matches authors with quality, award-winning professionals to get new books and apps to market. She has worked in the media industry for 11 years, most recently at TIME where she launched several digital initiatives including an iPad and mobile site, mobile apps, a video and podcast channel, blogs, and SEO strategy. Her writing has been featured in TIME, CNN, NY Daily News, among other media publications. She has a MS in Publishing (Digital + Print Media) from NYU and a BS from Columbia University in Electrical Engineering and Computer Science. You can follow Miral on Twitter @miralsattar or @bibliocrunch.