How Newsrooms Can Adopt a Mobile-First Mindset 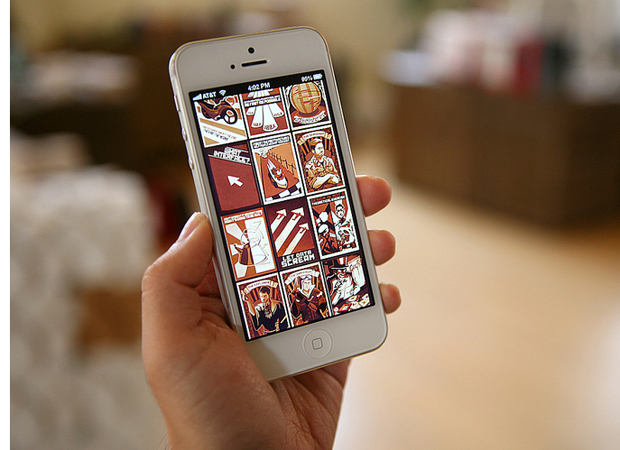 As the mobile revolution sweeps in, newsrooms must make conscious efforts to understand how users interact with mobile devices and strategize content accordingly. Image by "Juhan Sonin on Flickr":http://www.flickr.com/photos/juhansonin/8142671926/ and used with Creative Commons license.

First, it was the Web. Now, mobile is the “second tidal wave of change about to collide with the news industry,” said Cory Bergman, general manager of Breaking News, a mobile-first startup owned by NBC News Digital.

As more consumers access news on their mobile devices, news organizations are seeing traffic to their websites from desktop computers flatten or decline. And in some regions, such as many parts of Africa, users are leapfrogging the Web altogether and going straight to mobile.

A mobile strategy is figuring out who you want to be as you grow into the mobile space -- not just playing catch-up." -Regina McCombs

Although many newsroom leaders believe a “mobile, too” approach — a focus on mobile in addition to other platforms — will be enough, that mentality is shortsighted, Bergman said in a recent Poynter Online chat.

Joining Bergman to discuss the news industry’s transition to mobile were Poynter’s Regina McCombs and Damon Kiesow, senior product manager for mobile at the Boston Globe and Boston.com.

The chat included several helpful tips for newsrooms making the transition to mobile:

Mobile is more than just a new design or distribution channel. It deserves a strategy beyond replicating the content you’re creating on other platforms.

“A mobile strategy is figuring out who you want to be as you grow into the mobile space — not just playing catch-up, but actually making plans, understanding mobile users, developing products that work best on mobile,” McCombs said.

Kiesow said news organizations need to build mobile experiences that are “delightful for readers to use,” plus “publish content they want to read, and then stop forcing really poor ad experiences on them.”

Understanding how users interact with mobile devices is an important first step, and news organizations need that data to get to know mobile consumers and provide better coverage. As a start, Bergman said journalists should know the answers to questions such as:

“Imagine if your device anticipated what you want,” Bergman said. “That’s the direction mobile is headed: Phones and tablets are becoming natural extensions of ourselves, and coverage and information should adapt accordingly.”

3. Talk less about social media and more about mobile

“In many ways, social media [have] become the great distraction, diverting journalists’ attention away from radical change in our business,” Bergman said.

While social media are important, social platforms increasingly compete for audience attention and ad revenue, so growing mobile experiences should be the top priority, panelists said.

Bergman added: “I would challenge journalists everywhere to shift half their social media conversations to mobile [conversations]. We need to figure this out.”

4. Aim for efficiency and utility

In general, mobile involves different consumption patterns than tablets and other devices. Phones tend to be more utility-driven and used in short bursts, such as to look for specific information, whereas tablets are more conducive to longer reads, in-depth information, and video. And that means organizations need to be thinking about the devices differently.

However, this isn’t a hard-and-fast rule. Bergman said a surprising number of people are using mobile apps at home. And many people do read long articles on their mobile phones.

Last time we faced disruption in journalism, many blamed the business side, Bergman said. But this time, “journalists must use every point of leverage we have.”

Kiesow advises reporters: “Have a phone, test out every app you can find, figure out how to integrate the apps/photos/audio/text/videos into your newsroom’s workflow — and keep on trying.”

And newsrooms, he said, should train journalists and set up workflows, because “process drives change.”

“The key is we can’t wait for movement on the business side,” Bergman said. “Initiate it yourself, experiment over and over again.”